New York to Paris – 8 hours. Who in their right minds would’ve thought 100 years ago that you could span more than 3600 miles in this kind of time span? Aviation has changed the way we view time and distances forever, and consequently the world is a much smaller place now. Humans aren’t the only non-winged beings, however, to travel great distances by flight, as scientists have shown that snails are able travel long distances via birds’ bellies.

At first, the researchers from Japan, were curious whether or not snails could indeed do this after they found snail remains in bird feces. Seeds are widely known to get spread by fruit-eating birds, and with this in mind they believed some snails could survive digestion and come out alive.

To validate their point, they chose a certain snail species called Tornatellides boeningi and began running tests. As such, the researchers fed 119 adult snails to Japanese white-eyes and 55 snails to brown-eared bulbuls – 15% of the snails came out alive. Well, alive and covered in poop that is, but alive nevertheless.

The biggest factor, scientists noticed, that helped snails stay alive was their size – the smaller the size, the bigger the chance they had of surviving was. The researchers think that T. boeningi may be able to produce mucus that protects them from the birds’ digestive fluids, but this is a topic for future research. Actually, in a curiour turn of events, one of the snails gave birth to offsprings not long after exiting its aviary means of transportation. The researchers believe that passing through the gut of birds may be a cue for pregnant snails to give birth, as this would enhance the snails’ probability of colonizing new areas.

Are the snail naturally dispersing this way though or did scientists just prove that they can survive inside a bird’s tummy? Well, researchers reckoned that if the snails didn’t move around in this way than the genes of snail populations living in condensed areas should be very similar. This was not the cased, as researchers noticed a high level of variance in the gene flow. This means that the genes of isolated communities communicate with one another, despite the relatively large distances between them. Seeing how we all know how fast a snail can be, the aviary airline explanation seems to be vast enough. 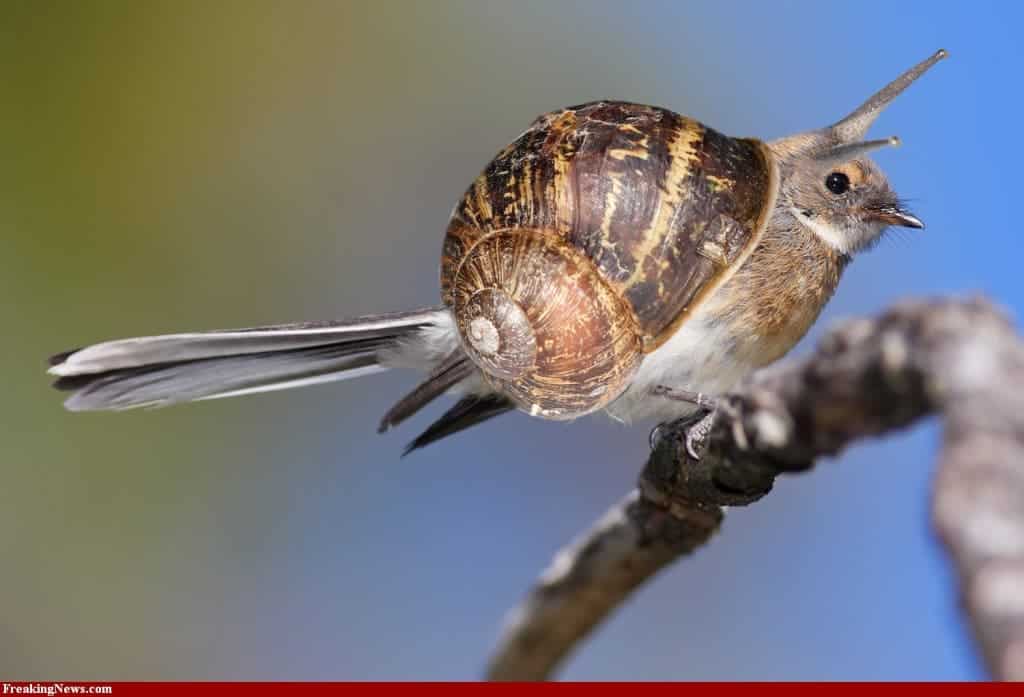 An added bonus - presenting the Birdsnail!