The facial reconstruction of Ava, who died more than 3,700 years ago.
Image credits Hew Morrison.

Archaeologists and forensic artists have completed the facial reconstruction of a woman who died around 3,700 years ago in the Scottish Highlands. The woman is believed to have belonged to the Beaker culture, which became prominent in Europe in the Bronze Age for their metalwork and characteristic pottery.

The woman has been named Ava, an abbreviation of Achacanich, Caithness, where she was found in 1987. A specialist examination at the time of the discovery in the 1980s suggested that the skeletal remains were that of a young Caucasian woman aged 18-22.

She became the subject of a long-term research project by archaeologist Maya Hoole, as her burial stands out from others during the Bronze Age. Her bones were discovered in a pit dug into solid rock — which is highly unusual as excavating such a hard medium was extremely laborious — along with several artifacts. Even more puzzlingly, her skull has an abnormal shape, which some believe is the result of deliberate binding.

Forensic artist Hew Morrison, a graduate of the University of Dundee’s Forensic Art Msc programme, created the reconstruction. As the skull was missing a jaw bone, he had to calculate the shape of its lower jaw starting from her skull dimensions – as well as the depth of her skin. Morrison also used a chart of modern average tissue depths as a reference.

“The size of the lips can be determined by measuring the enamel of the teeth and the width of the mouth from the position of the teeth,” he explained.

Morrison added layer after layer of muscle and tissue over her face, drawing on a large database of high-resolution facial images to recreate her features. These were then tailored to the anatomy of her skull after constructing her facial muscles. The features were then “morphed together”, using computer software to create the reconstructed face.

“Normally, when working on a live, unidentified person’s case not so much detail would be given to skin tone, eye or hair colour and hair style as none of these elements can be determined from the anatomy of the skull,” Morrison said.

“So, creating a facial reconstruction based on archaeological remains is somewhat different in that a greater amount of artistic licence can be allowed.”

He added: “I have really appreciated the chance to recreate the face of someone from ancient Britain. Being able to look at the faces of individuals from the past can give us a great opportunity to identify with our own ancient ancestors.”

“When I started this project I had no idea what path it would take, but I have been approached by so many enthusiastic and talented individuals – like Hew – who are making the research a reality, Hoole added.

“I’m very grateful to everyone who has invested in the project and I hope we can continue to reveal more about her life.”

Ava Winery, a start-up based in San Francisco, wants to let you enjoy the best of wines for a fraction of their current cost. To this end, they’ll bypass the costly growing and fermentation processes; in fact, they won’t use grapes at all. Their wines will be synthetically produced, by combining aromatic compounds with ethanol. 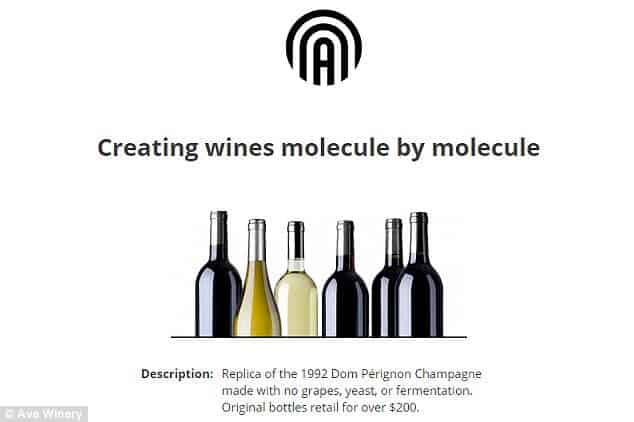 Mardonn Chua and Alec Lee got the idea in 2015, while visiting a Napa Valley winery. They were shown the bottle of a historic wine for US wineries — a Chateau Montelena, the first Californian Chardonnay rated above its French contenders, at the Paris Wine Tasting of 1976.

“I was transfixed by this bottle displayed on the wall,” says Chua. “I could never afford a bottle like this, I could never enjoy it. That got me thinking.”

Chua started experimenting with ethanol and fruity flavor compounds such as ethyl hexanoate in an attempt to recreate the experience of a quality wine. His first attempts were anything but, Chua himself describing them as “monstrous.” After six months of research however, they now believe they have produced a synthetic wine that can rival a traditionally-produced Italian white Moscato d’Asti sparkling wine. They’re now working on a Dom Pérignon mimic, and will begin shipping of the initial batch of 499 bottles for US$ 50 each later this summer.

An issue of taste

Wine is a very complex chemical solution. It can contain upwards of one thousand different chemical compounds, all working together to give wine its unique flavor. And, even though people have been enjoying this drink since antiquity, we still don’t really know which of these components contribute the most to wine’s taste and finish. The sheer number of different substances and substance interactions makes pinpointing flavor-driving molecules a crucial, but daunting task — like tasting a needle out of a haystack.

The team used gas chromatography, mass spectrometery and other methods to analyze the chemical make-up of several types of wine, such as Chardonnay, champagne and Pinot Noir. They wanted to identify these molecules — such as esters ethyl isobutyrate and ethyl hexanoate — and each of their concentrations. Then, they mixed them into their mimic wine and had a professional sommelier test the results as they experimented with different proportions of these molecules. The result?

“We can turn water into wine in 15 minutes,” claims Ava Winery.

Making wine is a lengthy process; good vines take years to grow, then there’s harvesting, fermenting and aging. A start-up that claims it can cut the whole process down to less than what it takes to order a pizza is naturally going to get the attention of the wine-making industry. Tony Milanowski, a winemaking expert at Plumpton College in the UK, isn’t too convinced about Ava’s mimic wine. Fatty acids and certain esters, released during fermentation in a wine-soluble form, may be difficult to dissolve in a synthetic drink, he says. 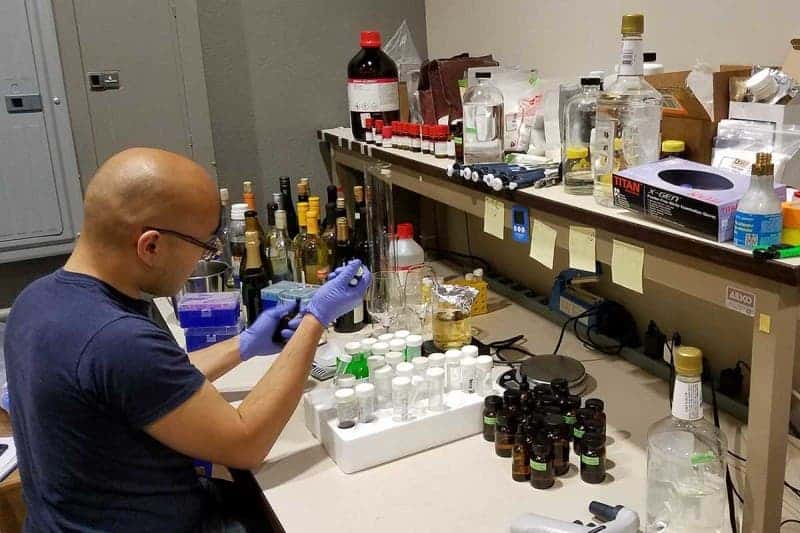 Alain Deloire, director of the National Wine and Grape Industry Centre at Charles Sturt University, Australia, argues that the natural origin of wine has a huge role to play on the quality of the resulting drink, and that customers look for this natural element when they buy wine.

“It’s nonsense, to be honest with you,” Deloire, who has worked for Champagne specialists Moët & Chandon, adds.

Chua and Lee don’t think this will reduce the quality of their product, however.

“The big secret here is that most compounds in wine have no perceptible impact on the flavor or the aroma,” says Lee.

And, cutting to the chase, Lee concludes:

Ava wines are unlikely to be labeled as such, as there are strict rules governing which products can use the term “wine.” The EU only allows it for fermented juice of grapes, whereas in the US other fruits can be used. Although this could damage the allure of synthetic wine, French winemaker Julien Miquel thinks there might be some interest in recreations of classic vintages. c

“There would be some curiosity on how close they could get,” he says.