Marijuana has almost always been a controversial topic in public and in the scientific community as well. It makes headlines, and is, of course, the craving of many addicts. Many renowned authors have sampled the cannabis drug in the hopes of improving or embellishing their creative writings. Such writers include Alexander Dumas, Victor Hugo, Jack Kerouac, Carolyn Cassady, and William S. Burroughs.

The recreational use of the drug also assisted in feeding the Hippie Movement of the 1960’s and ’70’s. It has been the subject of much discussion, resulting in several publications dedicated solely to this purpose such as The High Times and Dope Magazine. However, marijuana does seem to have some healthful pros going for it when applied properly in certain circumstances. Among a number of benefits, it has been known to protect the brain following a stroke, to control some kinds of muscle attacks, and even to reduce the spread of cancerous cells.

The historical record places the date of one of the earliest medicinal uses of cannabis in the 2700’s BC in China. Emperor Shen Nung who reigned during that time wrote that it was employed to help with ailments such as rheumatism and malaria. In the 16th century AD, it was introduced in the Americas. Since then, practically anything having to do with weed makes headlines. In particular, current information relating to the legalities of the drug makes for hot news.

California, the Golden State, is the eighth state to make the recreational use of marijuana legal as of January 1, 2018. Now Hollywood stars (and all the others who want to) are free to openly smoke weed whenever they please. But medical marijuana is a different animal in the legal game because, as it has already been stated, it can improve or safeguard human health in some cases. Medical marijuana is currently legal to use in 29 of the 50 states.

A lot of “dough” can be made off of dope. Those in the business of growing and providing pot can definitely make a decent income from it. But many of the people doing this have found their banks will not allow their cannabis cash to be deposited. This is because marijuana is illegal under federal law. (The banks are operated by the federal government.) So I would not advise anyone to go down that type of career path. If pot fascinates you, there are other job opportunities which are growing more popular as they are in demand.

One such open career choice is for cannabis researchers, sometimes referred to as “weed scientists.” By the year 2020, it is predicted the marijuana science industry will be employing about 300,000 individuals. Simple tasks such as bud trimming can pay anywhere from $8 to $12 per hour. More experienced positions for marijuana scientists are comprised of tasks like teaching, conducting research, and even formulating regiments for biological control agents. In order to go into this profession, one has to have a valid interest in topics like weed science (duh), soil science, and agriculture. An aspiring weed scientist will require a BS degree in an area such as agronomy, horticulture, or soil science. The specific type of education required will depend on the kind of work one wants to go into.

A new study has revealed that at least when it comes to health risks or medicine, most people don’t believe studies associated with an industrial partner, even one with a good reputation. 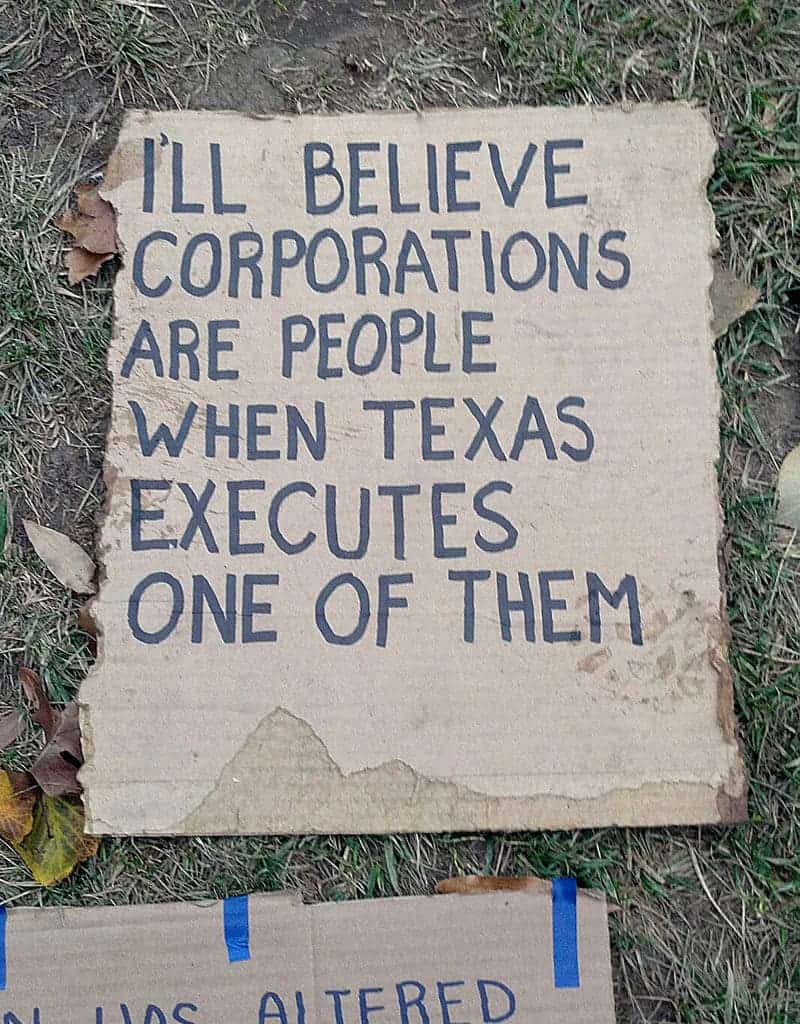 No one really loves corporations, however, they do play a vital role in society — and in science. But at what cost? Image credits: takomabibelot.

In the past couple of years, we’ve seen a disturbing trend of anti-intellectualism. People don’t believe the experts, they don’t want science, and would often take their news and information from click bait Facebook posts or articles. Science isn’t really quick to react and scientists rarely aim to grab your attention with catchy headlines, so this problem is likely going to stick with us for a long time. However, if there is something scientists are good at, it’s figuring stuff out — and they recently showed that one of the mechanisms which erode trust in science is partnerships with industry.

It doesn’t take a genius to realize that most people dislike big companies, but the effect through which this dislike carries onto science is still not properly explored. Many health studies have a corporate partner or involve some kind of drug or treatment method developed by a corporation; how impactful are these associations?

“People have a hard time seeing research related to health risks as legitimate if done with a corporate partner,” said John Besley, lead author and an associate professor who studies the public’s perception of science. “This initial study was meant to understand the scope of the problem. Our long-term goal though is to develop a set of principles so that quality research that’s tied to a company will be better perceived by the public.”

In Besley’s study, participants were randomly assigned to evaluate one of 15 scenarios which included various partnerships between scientists from a university, a government agency, a non-governmental organization, and a large food company. Basically, participants were presented the same study on genetically modified foods and trans fats, but featuring various partnerships of the author.

The results clearly showed that people tended to dislike and distrust the science when the food company was involved. In fact, 77 percent of participants had something negative to say about this association and questioned the quality of the produced results. At the other side, only 28 percent of participants said something negative when a corporate partner wasn’t present. Additional partners, even reliable ones such as the Centers for Disease Control and Prevention, didn’t change these values significantly.

What this tells us is pretty simple: even if you do some quality science, there’s a good chance people won’t believe you because you got money from a company. This is understandable to some extent and you’d be tempted to say — “OK, scientists simply shouldn’t partner up with corporations” and that’s that. But then… where are you supposed to get funding money from? In the US, the funding leash is getting shorter and shorter, and there’s virtually no branch of science which isn’t getting significant funding from industry. Much of the science happening today is also trans-disciplinary and benefits from multiple actors involved. The study explains:

“University scientists conducting research on topics of potential health concern often want to partner with a range of actors, including government entities, non-governmental organizations, and private enterprises. Such partnerships can provide access to needed resources, including funding. However, those who observe the results of such partnerships may judge those results based on who is involved.”

So you’re stuck between a rock and a hard place — either risk the public not believing in your research or just never get the money you need in the first place. It’s a challenging time to be a researcher.

“Ultimately, the hope is to find some way to ensure quality research isn’t rejected just because of who is involved,” Besley said. “But for now, it looks like it may take a lot of work by scientists who want to use corporate resources for their studies to convince others that such ties aren’t affecting the quality of their research.”