New research at the Louisiana State University (LSU) Health Sciences Center points the way to a potential treatment against stress.

The team shows that stress can physically alter the structures of mouse brains, with long-lasting effects. They also identify a molecular pathway that could be used to prevent or reverse such changes.

“Stress alters brain function and produces lasting changes in human behavior and physiology. The experience of traumatic events can lead to neuropsychiatric disorders including anxiety, depression, and drug addiction,” explains Si-Qiong June Liu, MD, PhD, Professor of Cell Biology and Anatomy at LSU and lead author of the paper.

“Investigation of the neurobiology of stress can reveal how stress affects neuronal connections and hence brain function. This knowledge is necessary for developing strategies to prevent or treat these common stress-related neurological disorders.”

The team found that, for mice, experiencing even a single stressful event was enough to cause quick, long-lasting changes in the structure of astrocytes, brain cells that help feed neurons and maintain synaptic function. Such events cause the outer branches of these cells to shrink away from synapses (the contact spaces between neurons used to transmit impulses via chemical messengers).

Synapses perform the same role in our brains as transistors do in computers — they give us our processing power. And, without astrocytes, they can become clogged with waste ions.

During a stressful event, the team explains, the stress hormone norepinephrine suppresses a molecular pathway that normally produces a protein, GluA1. This protein is essential in allowing nerve cells and astrocytes to communicate with each other.

“Stress affects the structure and function of both neurons and astrocytes,” adds Dr. Liu. “Because astrocytes can directly modulate synaptic transmission and are critically involved in stress-related behavior, preventing or reversing the stress-induced change in astrocytes is a potential way to treat stress-related neurological disorders.”

They explain that the pathway they identified should, in theory, be targeted with medicine to prevent or even potentially reverse stress-induced changes.

For now, the findings only apply to mice. But many signaling pathways are conserved throughout evolution, the team notes. The molecular pathways that lead to astrocyte structural remodeling and suppression of GluA1 production may, therefore, also occur in humans who experience a stressful event — and they could hold the key to fighting stress.

The paper “. Emotional stress induces structural plasticity in Bergmann glial cells via an AC5-CPEB3-GluA1 pathway” has been published in The Journal of Neuroscience.

Lack of sleep in mice sends their brains into overdrive — making them “cleaner” in the short run, but causing brain damage in the long run. 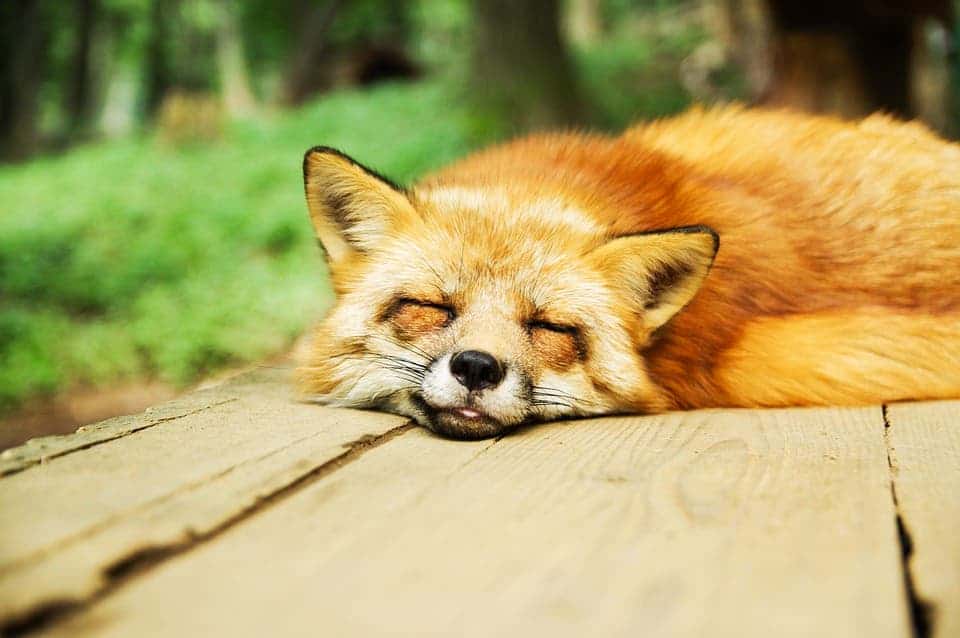 Burning the midnight oil might burn your brain itself. We all like to “steal” as much as possible from the day, but sleep is a price we simply have to pay for our bodies functioning, and trying to cheat sleep only ends up cheating yourself. Michele Bellesi of the Marche Polytechnic University in Italy wanted to see what effects sleep deprivation has on our brains, so she tried to simulate it on mice.

Basically, Bellesi found that in the short run, chronic sleep deprivation can actually be beneficial, clearing potentially harmful debris and rebuilding worn circuitry might protect healthy brain connections. However, in the long run, the brain goes into overdrive and starts destroying worn-out cells and putting people at a risk of Alzheimer’s and other neurological disorders.

Sleeping the garbage away

Sleeping is a complex phenomenon, still poorly understood. We do know that sleeping is much more than just the body replenishing its energy levels. For instance, research has shown that during sleep, the brain sweeps away the toxic byproducts of neural activity from the day. It’s like taking out the garbage inside your brain. Well, that process also takes place, even more intensely, when you’re chronically sleep deprived — which is bizarre in the first place and we don’t really know why this happens. But after a while, the damage starts to set in, affecting both neurons (the brain cells) and synapses (the connections between the brain cells); once that happens, even recovering the sleep isn’t really clearing the damage.

This happens because like all cells inside our body, neurons are “cleaned up” by glial cells, namely the microglial cells. These are the first and main form of active immune defense in the central nervous system. Synapses are maintained by astrocytes, which among other functions, prune unnecessary synapses and corrects their shape. These processes happen mostly when we sleep. What this study found is that they happen even faster when we don’t sleep enough — the brain “cleans” too much of itself, and starts devouring itself. It’s an unexpected discovery.

“We show for the first time that portions of synapses are literally eaten by astrocytes because of sleep loss,” says Bellesi. 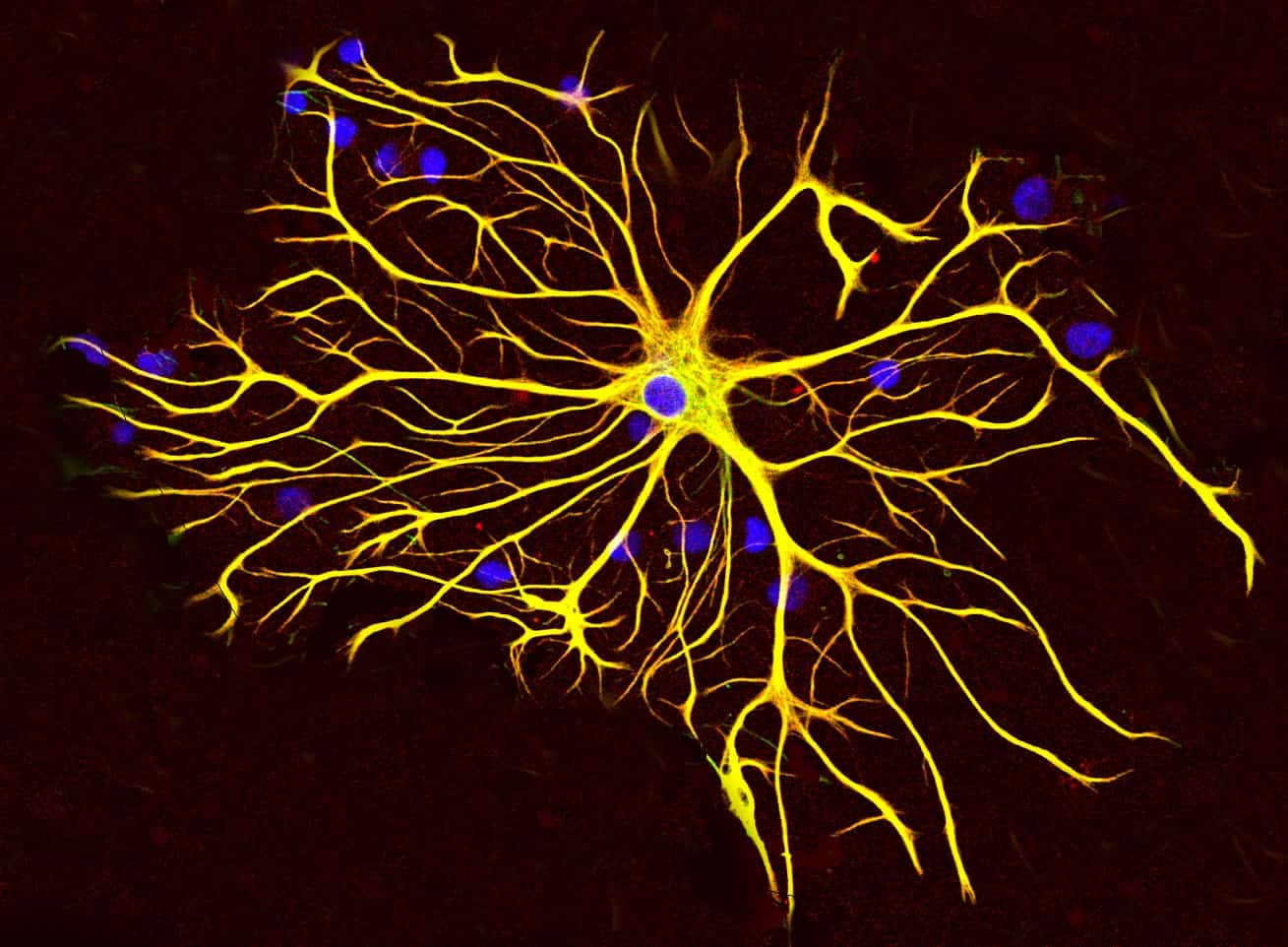 The finding could explain why a lack of sleep seems to make people more vulnerable to developing Alzheimer’s or similar conditions says Agnès Nadjar of the University of Bordeaux in France. Researchers are now investigating whether there is some way of repairing the damage, but the takeaway is pretty clear (and you can tell this to kids if you’re having problems sending them to sleep): if you don’t sleep enough, your brain will start to eat itself.

To our knowledge, this is the first study to show how these processes occur during sleep deprivation. It’s not clear if they are replicated on humans.

“We find that astrocytic phagocytosis, mainly of presynaptic elements in large synapses, occurs after both acute and chronic sleep loss, but not after spontaneous wake, suggesting that it may promote the housekeeping and recycling of worn components of heavily used, strong synapses,” the researchers report. “By contrast, only chronic sleep loss activates microglia cells and promotes their phagocytic activity … suggesting that extended sleep disruption may prime microglia and perhaps predispose the brain to other forms of insult.”

Oh, boy. This week’s freaky science story comes from the University of Rochester Medical Center in New York where researchers grafted mouse pups with human glial cells. Within one year, half the brain cells of the by now adult mice were human. A study made last year by the same team suggests that mice whose brains contain human glial cells are smarter, while another experiment seems to indicate that mice with defects like uninsulated nerves can repair these nerves if human brain cells are inserted. 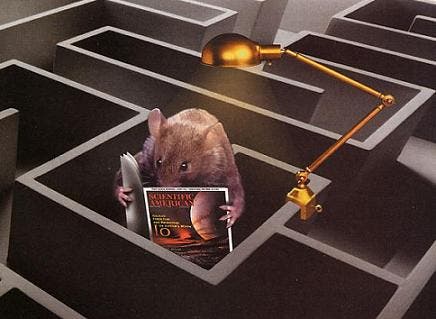 It’s important to set one thing straight: the mice still kept their 100% originally sourced neurons. It’s the glial cells that were human. Although there are about 100 billion neurons in the brain – the human one –  there may be about 10 to 50 times that many glial cells. So, why haven’t you heard about them before if they’re so important? You know how fads come and go…

Sure, neurons are the rock stars because they have firing ability and are responsible for all the signaling that goes inside the brain. Without glial cells, however, neurons would never be able to function. There are five types of glia:

Steve Goldman of the University of Rochester Medical Center in New York extracted infant glia from donated human embryos and injected these into the brains of mouse pups. Soon enough, the glia started developing into astrocytes, which strengthen the connection between neuron connections called synapses. Human astrocytes are 10 to 20 times the size of mouse astrocytes and carry 100 times as many tendrils.

Initially, some 300,000 human glia were inserted, but by the end of the year, the mouse had 12 million. This means that nearly all of the mouse’s native glia had been displaced.

“We could see the human cells taking over the whole space,” says Goldman. “It seemed like the mouse counterparts were fleeing to the margins.”

But do the human astrocytes in the mice actually behave as in the human brain or does the environment regulate them?

“That the cells work at all in a different species is amazing, and poses the question of which properties are being driven by the cell itself and which by the new environment,” says Wolfgang Enard of Ludwig-Maximilians University Munich in Germany, who has shown that mice are better at learning if they have the human Foxp2 gene, which has been linked with human language development.

This question will definitely be very interesting to answer. In a parallel experiment, Goldman and team inserted human glia once more into the brains of mice pups, only this time these bore a defect. The mice were poor at making myelin, the protein that insulates nerves.  Once again, the immature glia developed quickly, but this time something amazing happened:  many of the human glial cells matured into oligodendrocytes, brain cells that specialise in making the insulating material. Somehow, the glia recognized the defect and compensated.

Multiple sclerosis is a terrible disease in which the myelin sheath is damaged, and the findings suggest that glia therapy might render positive results. In fact, Goldman applied for permission to treat MS patients with the glial progenitor cells, and hopes to start a trial in 12 to 15 months.

Is this still a mouse? 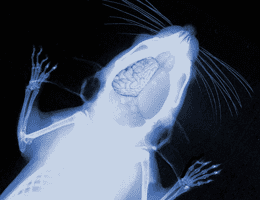 The same team made a similar experiment last year, only the human glia they inserted were mature. These became integrated into the mouse brain, but didn’t develop further or expanded in numbers. But here’s the interesting part. In a standardized memory test, mice remembered a sound associated with a mild electric shock  for four times as long as other mice when they heard the sound, suggesting their memory was about four times better.

“These were whopping effects,” says Goldman. “We can say they were statistically and significantly smarter than control mice.”

Next, to further determine how human astrocytes affect things like intelligence, memory or learning, Goldman will be grafting the same immature human glia into rat brains. Rats are smarter than mice, so it should be interesting to follow how the humanized rats respond.

Is this a super mouse? Is it a mouse anymore? Is it just a super smart mouse? Well, let’s leave it to Goldman:

“This does not provide the animals with additional capabilities that could in any way be ascribed or perceived as specifically human,” he says. “Rather, the human cells are simply improving the efficiency of the mouse’s own neural networks. It’s still a mouse.

Findings appeared in the Journal of Neuroscience.