The arms race between pathogens and the organisms they infect may be the fundamental reason why animals have taken to having sex and then stuck with it, a new paper reports.

So why do we have sex? Well, it’s obvious isn’t it — we do it to make more humans. But there is a small chink in that explanation, something which has been bothering evolutionary geneticists for about as long there have been any around: sexual reproduction is hard work, whereas asexual reproduction is easy and much more efficient — so why bother with it? 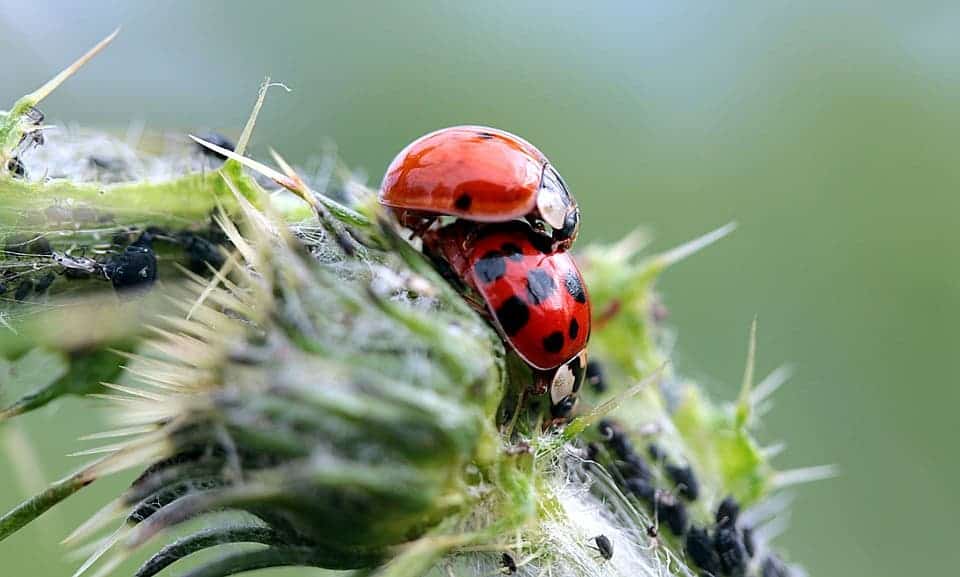 That’s something we’ve all asked ourselves at one point or another but Dr. Jack da Silva and James Galbraith from the University of Adelaide have actually set out to get an answer. After using a computer model to simulate how the genomes of Caenorhabditis elegans (non-parasitic roundworms) shift throughout several generations, the duo suggests that sexual reproduction imposed itself because organisms needed to constantly adapt their genomes to fight off co-evolving pathogens.

“Asexual reproduction, such as laying unfertilised eggs or budding off a piece of yourself, is a much simpler way of reproducing,” says Dr da Silva, Senior Lecturer in the University of Adelaide’s School of Biological Sciences.

“It doesn’t require finding a mate, and the time and energy involved in that, nor the intricate and complicated genetics that come into play with sexual reproduction. It’s hard to understand why sex evolved at all.”

One decades-old theory has been attracting more attention recently, da Silva said. Known as the Hill-Robertson Interference, it holds that sexual reproduction evolved because it allows DNA recombination between mates, allowing offspring to ‘hoard’ more beneficial mutations. In the case of asexual reproduction, where there is no pooling of genes, beneficial mutations compete with each other and natural selection grinds down.

But de Silva says this theory doesn’t explain why sexual reproduction would be maintained in a stable, well-adapted population — where maintaining the status quo makes more evolutionary sense.

“It is hard to imagine why this sort of natural selection should be ongoing, which would be required for sex to be favoured,” he says.

“Most mutations in an adapted population will be bad. For a mutation to be good for you, the environment needs to be changing fairly rapidly. There would need to be some strong ongoing selective force for sex to be favoured over asexual reproduction.”

The team’s suggestion is to bring another, less influential evolutionary theory into the mix. Known as the Red Queen theory, it holds that because bacteria, viruses, or parasites are continuously trying to adapt and overcome our natural or artificial defenses, our genomes are also trying to keep one step ahead by continuously mutating, becoming more resistant to them.

‘Good enough’ is better than ‘the best’

While we may be really well adapted to our environments, there’s a constant sort of biological arms race going on. Staying unpredictable — by having the ability to develop new mutations and pool them in offspring — thus becomes more advantageous than reaching a hypothetical ‘best-adapted’ genome and keeping with it.

So in the end, organisms may have chosen sexual reproduction over cloning because, although it’s harder and (on those lonely Saturday nights) more frustrating to pull off, it keeps us all similar but different enough so the germs can’t get us all in one shot. Which I feel is win for us.

“These two theories have been pushed around and analysed independently but we’ve brought them together,” says Dr da Silva. “Either on their own can’t explain sex, but looking at them together we’ve shown that the Red Queen dynamics of co-evolving pathogens produces that changing environment that makes sex advantageous through the simple genetic mechanism of the Hill-Robertson theory.”

“This is not a definitive test but it shows our model is consistent with the best experimental evidence that exists.”

The paper “Hill-Robertson Interference Maintained by Red Queen Dynamics Favours the Evolution of Sex” has been published in the Journal of Evolutionary Biology.