New research shows that one ancestor of modern humans was walking upright much more often than we believed. 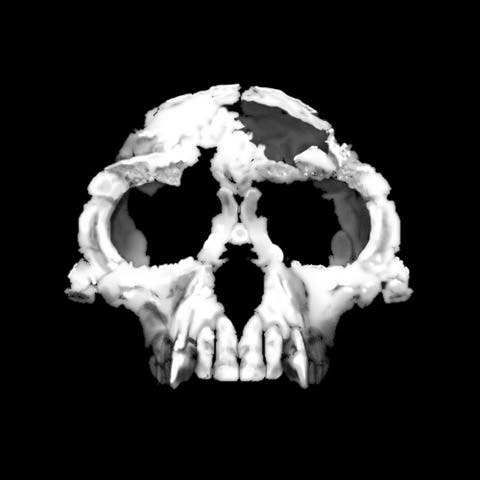 One immediately-distinguishable feature of humans is the way we move about —  we’re unique among mammals in that we consistently walk upright. Since it’s such a distinguishing feature, anthropologists are very interested in finding out when our ancestors picked up the habit.

New research from the Case Western Reserve University School of Medicine suggests that at least one of our ancestors relied on bipedal walking much more than previously believed.

“Our research shows that while Ardipithecus was a lousy biped, she was somewhat better than we thought before,” said Scott Simpson, a professor of anatomy at Case Western who led the study.

The findings come from an analysis Simpson’s team performed on fragments of a 4.5 million-year-old female Ardipithecus ramidus. This specimen was discovered in the Gona Project study area in the Afar Regional State of Ethiopia. Hip, ankle, and hallux (big toe) bones belonging to the ancient female showed that Ar. ramidus was far better adapted to bipedalism than previously thought, but still far from perfect.

Fossil evidence from this stage of humanity’s past are rare, so we have a pretty dim idea of what was going on at the time. As such, Simpson’s research — although seemingly a simple pursuit involving an ankle of all things — actually goes a long way into fleshing out our understanding of  Ardipithecus locomotion, as well as the timing, context, and anatomical details of ancient upright walking.

Previous research has shown that Ardipithecus was capable of walking upright and climbing trees — but the fossils that research was based on lacked the anatomical specializations seen in the Gona fossil examined by Simpson. This suggests that the species saw a wide range of adaptations as they transitioned to modern, upright walking as seen in modern humans.

“Our research shows that while Ardipithecus was a lousy biped, she was somewhat better than we thought before,” says Simpson.”The fact that [it] could both walk upright […] and scurry in trees marks it out as a pivotal transitional figure in our human lineage.” 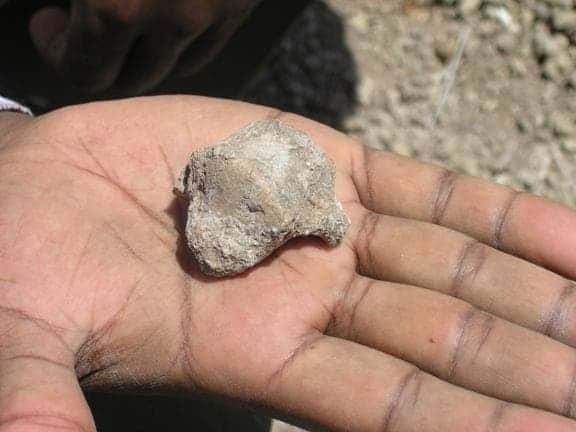 The team says that certain adaptations in the specimen’s lower limbs are tell-tale signs of bipedality. Unlike monkeys and apes, for example, our big toes are parallel with the others. The team worked to reconstruct the foot’s range of motions by analyzing the area of the joints between the arch of the foot and the big toe. While joint cartilage no longer remains for the Ardipithecus fossil, the surface of the bone has a characteristic texture which shows that it had once been covered by cartilage.

Having all toes neatly parallel to one another allows the foot to function as a propulsive lever when walking. Ardipithecus had an offset grasping big toe useful for climbing in trees, but the team’s analysis showed that it was also used to help propel the individual forward when walking — in other words, it’s a mixed-use tool, indicative of a transition towards bipedalism. The team also reports that Ardipithecus’s knees were aligned directly above its ankles when it stood. This latter characteristic is also similar to what you’d see in a modern (bipedal) human, and stands in contrast to what you’d see in a (non-bipedal) chimp, for example, whose knees are “outside” the ankle, i.e., they are bow-legged, when they stand.

The paper “Ardipithecus ramidus postcrania from the Gona Project area, Afar Regional State, Ethiopia” has been published in the Journal of Human Evolution.