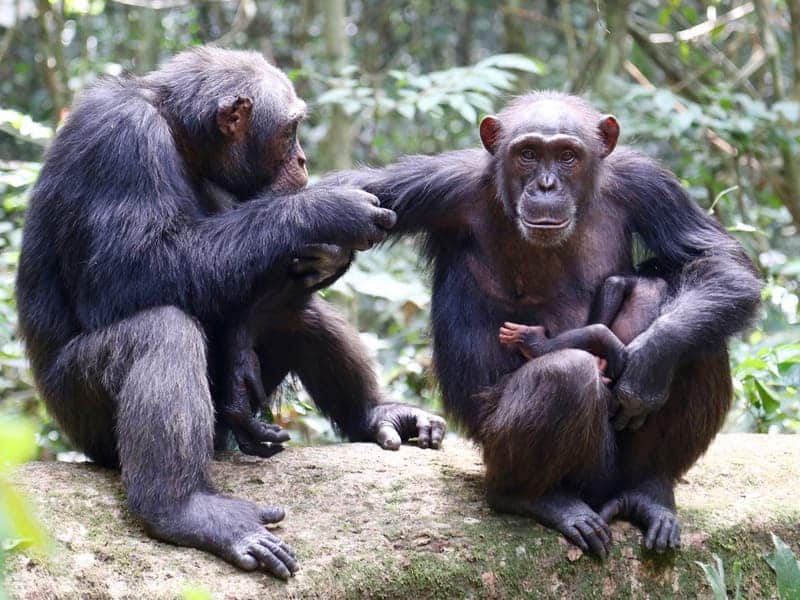 A somewhat benign bacteria related to the species that causes anthrax is now causing an alternative form of the disease in Africa. This new form of anthrax is different from the original on a couple of levels. For instance, it now not only strikes mainly hoofed mammals but also other animals. Chimps seem to be particularly vulnerable. Some 40 percent of all chimp deaths in Côte d’Ivoire’s Taï National Park can be attributed to the new anthrax and, if left unchecked, the chimp population there could be wiped out within 150 years.

“To our surprise, almost 40 percent of all animal deaths in Taï National Park we investigated were attributable to anthrax,” said virologist Emmanuel Couacy-Hymann from the Ivorian Animal Health Institute in a statement.

Fabien Leendertz of the Robert Koch Institute in Germany has been visiting the Taï National Park (TNP) for the past 16 years. The first time he and colleagues went there, they were surprised by the number of carcasses they could find. As the deaths piled up, the researchers decided to investigate. Since 2004, they took samples from 204 animal carcasses, and the bones of 75. They also tested 1,634 carrion flies in 2008, which are known to carry diseases.

Scientists knew there’s an alternative anthrax-causing bacteria for more than a decade. What Leendertz’s team was after were new clues that might tell them more about its effects on wildlife.

Anthrax is caused by Bacillus anthracis, a germ that lives in soil. When it spreads to animals, the bacteria causes infection in the skin, lung, and intestines. As such, the disease which has a kill rate of up to 85% can spread through cuts or open sores on the skin, by inhaling bacterial spores or after eating infected meat.

The bacteria infects animals such as cattle, sheep, and goats (ungulates, in general) more often than people. B. anthracis is also far more prevalent during certain seasons. But that doesn’t mean it’s not dangerous.

Many people know about it from the 2001 bioterror attacks when someone purposely spread anthrax through the U.S. mail. This killed five people and made 22 sick.

Scientists have known for more than a decade that there is another bacteria that’s causing identical anthrax disease symptoms.

B. anthracis has a cousin called B. cereus that also lives in the soil and food. It’s generally harmless, although some strains have been linked to food poisoning. One strain, however, seems to have come in contact with the virulence plasmids from B. anthracis resulting in an alternative anthrax bacteria called B. cereus bioar anthracis or Bcbva for short.

Data from the samples, some as old as 28 years, suggest Bcbva is present in 40 percent of carcasses, 35 percent of bones, and five percent of 1,089 fly samples that were collected to gauge disease prevalence.

The sampling and genetic screening suggest that Bcbva is already widespread, showing up in samples from 5 of 11 locations included in the study published in Nature. Moreover, unlike B. anthracis, Bcbva seems to be present all the time, not just in seasonal outbursts. This is very worrying because it means anthrax could cause havoc among populations in tropical rainforest environment, not just those found in arid conditions as was the norm.

Another notable distinction is that Bcbva seems to hit a wider variety of animals, not just ungulates. Some of the mammal species known to be infected by Bcbva include chimps, porcupines, six different monkey species, as well as a type of antelope called duikers.

Chimps are particularly hard hit by Bcbva, with  31 of the 55 sampled individuals having died from anthrax. Researchers from the Max-Planck Institute for Evolutionary Anthropology in Germany, who were among the international team of collaborators involved in this study, say that the data indicates chimps in the Taï National Park could be driven extinct.

There are so far no reported deaths from Bcbva infections in humans. However, reliable autopsy data is rare to find in this part of Africa, so this might be due to under-reporting. The strain could also mutate to infect humans at some point, which is why everyone is taking things very seriously. As for the chimps, the scientists are now investigating a possible vaccine solution.

A US Army laboratory in Utah accidentally shipped live samples of anthrax, prompting immediate efforts to recover the samples and make sure that no one suffers. In total, 26 people have been put in post-exposure treatment, a defense official said.

Photomicrograph of a Gram stain of the bacterium Bacillus anthracis, the cause of the anthrax disease. Image via Wikipedia.

The anthrax was supposed to be sent to these facilities for military germ warfare training, but it was supposed to be inert – not live and active. However, as a military spokesman confirmed, there is no known public risk or health hazard associated.

“The DOD lab was working as part of a DOD effort to develop a field-based test to identify biological threats in the environment,” said Col. Steve Warren, the department spokesman. “Out of an abundance of caution, DOD has stopped the shipment of this material from its labs pending completion of the investigation.”

The first sample was discovered at an undisclosed facility in Maryland. The Pentagon also said that one sample of anthrax was sent to the Joint United States Forces Korea Portal and Integrated Threat Recognition Program at Osan Air Base, to make this a thoroughly international disaster. The anthrax was sent via FedEx. However, FedEx did neither confirm nor infirm this incident:

“FedEx is committed to the safe transport of all customer shipments, and our priority is the safety of our employees,” he said. “We will be working closely with the Department of Defense and the Centers for Disease Control to gather information about these shipments.”

Anthrax does not spread directly from one infected animal or person to another; rather, it is spread by spores, but these spores can be carried around on clothes or shoes. Anthrax also commonly infects wild and domesticated herbivorous mammals that ingest or inhale the spores while grazing. Most forms of the disease are lethal.