Acting is an extremely unpredictable career — or so it would seem. Mathematicians working in England have developed an algorithm to predict whether an actor’s career has peaked or if they are still going strong. 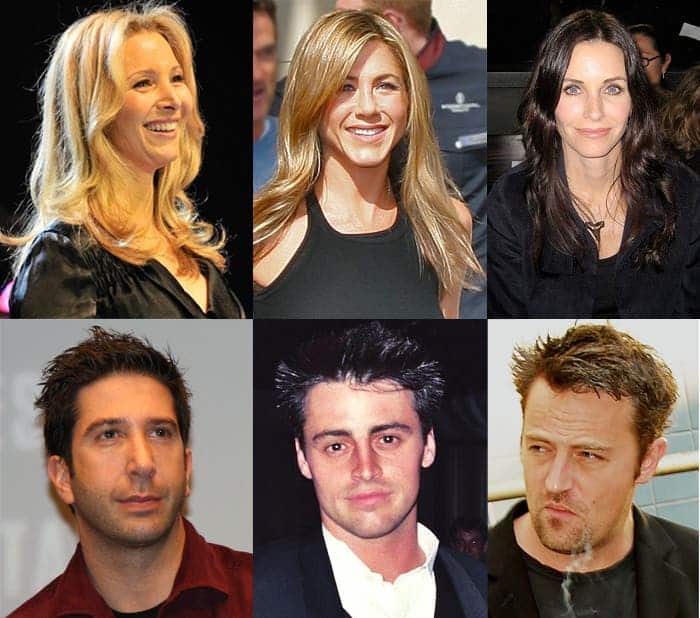 Montage of the main actors in the TV series “Friends”, created from portraits available on Commons.

If you think about actors, a select few probably come to mind — the big names, the ones who star in blockbusters and make the headlines. But the acting world is much larger, and the vast majority of those trying to make it go by unknown. Using the Internet Movie Database (IMDb), researchers from the Queen Mary University of London analyzed the careers of 1,512,472 actors and 896,029 actresses around the world from 1888, when the first film was made, up to 2016 — making it by far the largest analysis of its type. The results, however, will not leave too many actors smiling.

The industry operates at an unemployment rate of 90%, and a mere 2% of all actors make a living out of acting alone. Simply put, just being employed can be considered as a success in the industry. Furthermore, the vast majority of actors (70%) have an extremely short career span: one year. There’s also a strong gender bias against women, with trends being very different for men and women.

Researchers analyzed the results with a mathematical model, working to find whether the most productive part of their career has passed or is yet to come. They found that career evolution was not entirely unpredictable.

For this purpose, productivity was defined as the number of roles played in one year. Of course, this is not entirely accurate, because one big part greatly overwhelms many few, but with this important caveat, results were quite impressive.

“Productivity tends to be higher towards the beginning of a career and there are signals preceding the most productive year. Accordingly, we propose a machine learning method which predicts with 85% accuracy whether this “annus mirabilis” [Latin for ‘wonderful year’] has passed, or if better days are still to come,” researchers write.

Acting careers tend to go in hot and cold streaks — when an actor or actress got multiple roles in a year, future years also tended to be more productive. Presumably, the more roles an actor plays, the more famous he or she becomes, which means more interest from producers. The opposite, unfortunately, is also true.

This translates into a ‘rich-get-richer’ phenomenon, where the best-known actors get most of the jobs, even though they might not be necessarily the most qualified for it. This effect causes arbitrary and unpredictable random events to happen over the course of a career, and this gets amplified in time. So an actor’s success could be down to circumstance rather than their acting ability. This is known as the network effect.

Researchers emphasize that in this context, it’s important to not only focus on the few rich and famous, but also on the many struggling actors who are equally qualified and yet just struggling to get by. Oliver Williams, one of the authors of the study from Queen Mary University of London, said:

“Only a select few will ever be awarded an Oscar or have their hands on the walk of fame, but this is not important to the majority of actors and actresses who simply want to make a living which is probably a better way of quantifying success in such a tough industry.”

He added that the trends for actors are far more predictable than those of other artists or scientists.

“Our results shed light on the underlying social dynamics taking place in show business and raise questions about the fairness of the system. Our predictive model for actors is also far from the randomness that is displayed for scientists and artists.”

Lastly, researchers hope that this study can make an actual difference. Dr. Lucas Lacasa, another author of the study from Queen Mary University of London, concludes:

“We think the approach and methods developed in this paper could be of interest to the film industry: for example, they could provide complementary data analytics to IMDb. This does also bring with it a number of open questions. We have assumed that there is nothing anyone can do to change their fortunes, but we have not shown that this has to be the case. Consequently we are interested in finding out how an individual might best improve their chances of future success.”

Interestingly, researchers also say that a film script is currently being developed based on their findings.