A joint effort from researchers at the North Carolina State University and Nanjing University has delivered a sound diffuser 10 times thinner than today’s products. 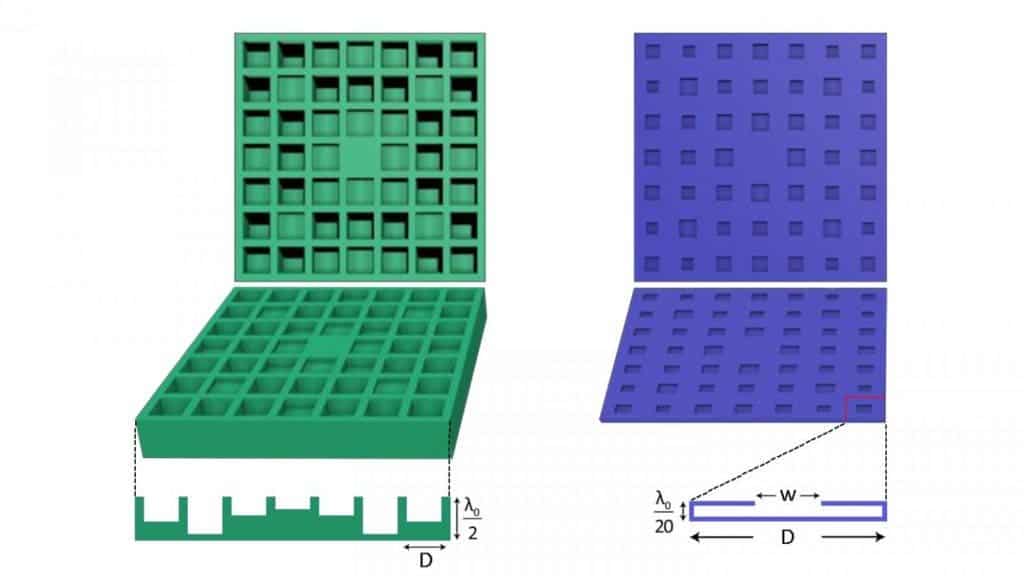 In acoustics (and architecture), diffusion is the efficacy by which sound energy is spread evenly in a given environment. Perfect diffusion would mean that sounds are heard identically everywhere in the room. Naturally, there is no perfect diffusion and no perfect environment, but architects and acoustic engineers strive to be as close to perfection as possible. Basically, in a theater, a cinema, or in any constructions in which sound is important you want good diffusion. You want everyone to hear sounds similarly, with as few interference as possible.

In any room, the walls, ceilings, and all the objects in the room influence the acoustics of the room. They create echoes and overlapping sounds, which reduce the acoustic quality. This is where the sound diffusers step in.

“Sound diffusers are panels placed on the walls and ceiling of a room to scatter sound waves in many different directions, eliminating echoes and undesirable sound reflections – ultimately improving the quality of the sound,” says Yun Jing, an assistant professor of mechanical and aerospace engineering at NC State and corresponding author of a paper on the work.

Most common diffusers, called Schroeder diffusers, can be very bulky — and they need to be bulky. They need to be bulky because of the wavelengths they are trying to diffuse. A typical male’s voice has a frequency of 85 hertz, which translates to a wavelength of 4 meters or 13.1 feet. If that’s the lowest wavelength you have to diffuse, then you’d need a diffuser about half of that, so 2 meters (6.5 feet) thick. If you want to cover an even broader range of sounds, then you might need even bigger diffusers.

This is where the new research steps in. What Jing and his team did is to develop a diffuser that works just as good (if not better), but only needs to be 5 percent of the sound’s wavelength. This means that diffusers could be made much cheaper, and using way less material.

“Diffusers are often made out of wood, so our design would use 10 times less wood than the Schroeder diffuser design,” Yun Jing, an assistant professor of mechanical aerospace engineering at NC State and corresponding author of the study, said in a statement. “That would result in lighter, less expensive diffusers that allow people to make better use of their space.” 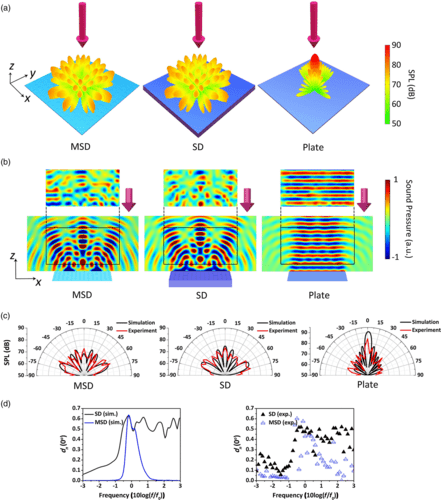 A representation of the physical characteristics of the new diffuser. Image credits: Yun Jing et al, 2017.

The diffuser consists of several evenly spaced squares, of different sizes, each opening up into a thin, underlying chamber. These chambers have identical sizes, but different apertures.

To make things even better, the fabrication process is also easy. Researchers have created diffusers using a 3D printer and will move on to develop wooden diffusers, which promise to be even cheaper.