Like humans, chimpanzees and gorillas can get infected with Ebola. Just like humans, they too can suffer from epidemics. To protect them from the disease as well as prevent it from spilling onto human populations, researchers have been working on an oral vaccine to combat Ebola in the wild. Results have been very encouraging, but researchers run into legal, political, and ethical obstacles that make it difficult to push the research further. 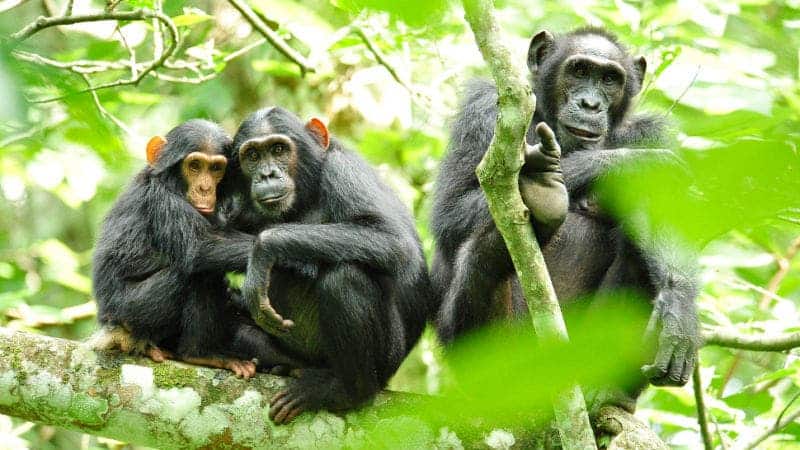 Ebola has devastated wild apes populations. In the past three decades alone, the disease wiped out a third of wild populations. Chimps have also suffered from the disease, and Ebola has repeatedly shown that it can jump from them to us and back to them. Furthermore, the virus can jump to fruit bats (perhaps the most prolific spreader of the disease), monkeys, forest antelopes, and porcupines. Needless to say, the fewer infected animals we have in the wild, the better.

Considering all of this, researchers have been working on an edible vaccine for several years already — something which has been described as a glimmer of hope.

“In 2014 the world was gripped by fears of an Ebola virus pandemic. Yet few people realise that Ebola has already inflicted pandemic scale mortality on our closest relatives,” says lead researcher Dr Peter Walsh from the University of Cambridge. African apes are also threatened by naturally occurring pathogens like anthrax, and the increasing overspill of human pathogens such as measles. A glimmer of hope lies in the fact that many of the disease threats are now vaccine preventable.”

The new vaccine has proven not only effective but also shows minimum side effects. All that is needed to make sure that the vaccine will have a positive effect in the wild is to test it more… and this is where the problems start.

After decades of using chimpanzees to test drugs for humans, the US — the last developed country still using chimps for such tests — closed the research facilities and banned subsequent testing. At the time, this was viewed as a great victory for animal rights but ironically, it may end up costing populations in the wild. 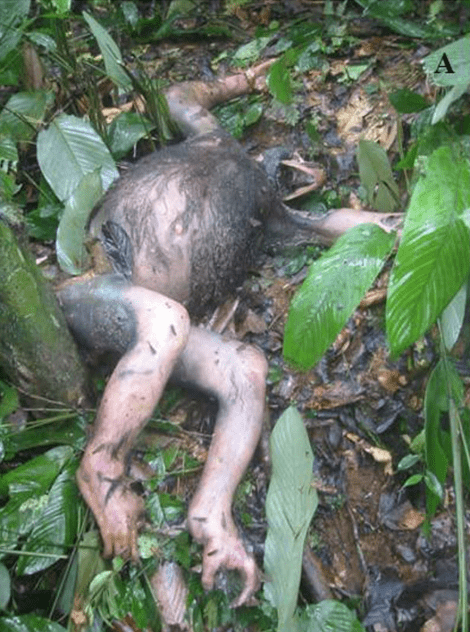 The carcass of a chimpanzee killed by Ebola in the Republic of Congo. (Image: Peter D. Walsh et al., 2017).

Any vaccination for wild animals must be tested in captivity first to ensure its safety. There have been some tests, but not really enough to get the ball rolling — it may be that the law that protects chimps may end up hurting wild populations.

“We have developed a very promising tool for inoculating ape species against the myriad deadly diseases they face in the wild, but continued progress relies on access to a small number of captive animals. This may be the final vaccine trial on captive chimpanzees: a serious setback for efforts to protect our closest relatives from the pathogens that push them ever closer to extinction in the wild.”

So now we have a vaccine which seems to work but needs more testing. The vaccine is set to help wild chimp and ape populations. But testing is no longer legal because we tested human drugs on chimps. It really is ironic, and while it is legal to experiment on chimps when it benefits their species, such funding is extremely limited. Sadly, no one seems to be willing to provide the necessary funds, even though this is about more than just protecting our closest relatives (which by the way, should be enough) — it’s about protecting ourselves as well. If we limit the expanse of Ebola through the wildlife, we reduce the chance of another pandemic.

Researchers argue that many zoos and sanctuaries have much worse conditions than research facilities — especially considering that the vaccine is safe and has almost no side effects.

“Some pressure groups argue that all research on captive chimpanzees is tantamount to torture, not just because of procedures but also due to confinement,” says Walsh.

“Enclosures and animal care are now of a very high standard, with chimpanzees housed in large social spaces. The modest traces of stress we detected during our trial were akin to the values observed in college students anticipating exams.”

At the end, we are faced with a difficult ethical dilemma:

“In an ideal world, there would be no need for captive chimpanzees,” says Walsh. “But this is not an ideal world. It is a world where diseases such as Ebola, along with rampant commercial poaching and habitat loss, are major contributors to rapidly declining wild ape populations.

“Oral vaccines offer a real opportunity to slow this decline. The major ethical debt we owe is not to a few captive animals, but to the survival of an entire species we are destroying in the wild: our closest relatives.”