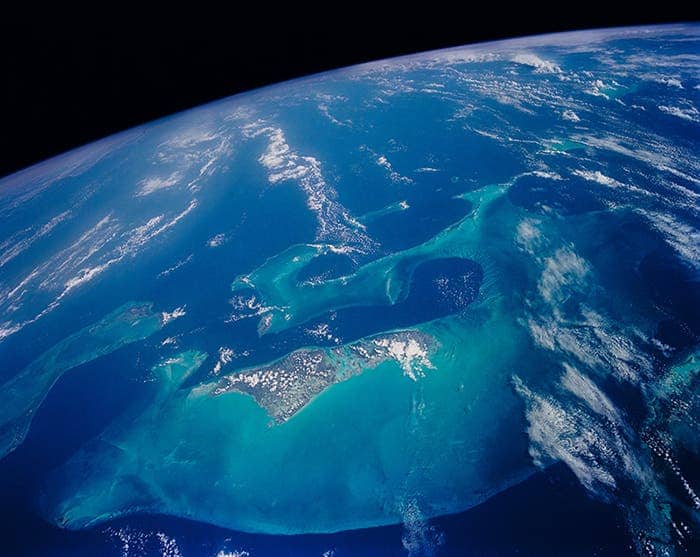 One of the first science classes children take teaches them about the water cycle on the planet. Water from the oceans evaporates into the atmosphere, where it condenses forming clouds which rain to refill the oceans. That makes perfect sense in today’s system equilibrium, but that doesn’t answer the question how water got to Earth in the first place. One leading theory is that it all came from asteroids, and a recent meteorite found in Antarctica adds to a body of evidence that supports this hypothesis.

The meteorite in question, called EET 83309, is a conglomerate of thousands of broken pieces of minerals and rock. Among them being opal — a beautiful precious stone.

Opal is made from silica (sand) and water. It forms when water picks up sand along the flow. As the water evaporates or when the silica gets trapped in cracks, the mineral opal is formed. Opal and water are thus intrinsically tied, and all opal dug from Earth’s crust has anywhere between 3 percent to 21 percent water by volume.

Findings were announced by a team led by Professor Hilary Downes of Birkbeck College London at the National Astronomy Meeting in Nottingham on Monday 27 June. 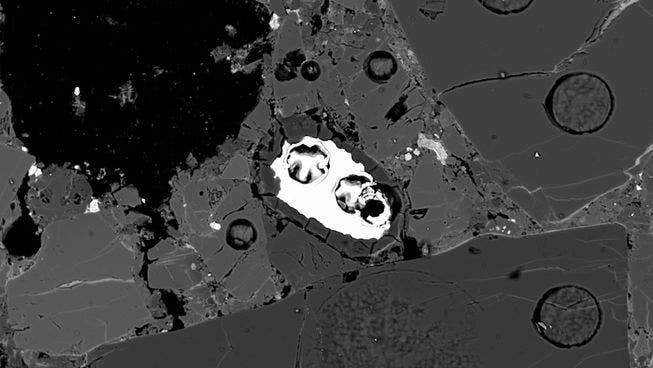 The opal shards found by the researchers in Antarctica. The mineral formed in space, and was part of a larger asteroid which brought water to Earth. Credit: Hilary Downes

The scientists who studied the opal sourced from the Antarctic meteorite say the mineral was formed before it reached Earth. Before the new work, opal had only once been found in a meteorite, as a handful of tiny crystals in a meteorite from Mars.

“The pieces of opal we have found are either broken fragments or they are replacing other minerals,” Downes said in a statement. “Our evidence shows that the opal formed before the meteorite was blasted off from the surface of the parent asteroid and sent into space, eventually to land on Earth in Antarctica.”

The EET 83309 conglomerate has many other pieces of meteorites embedded inside its fragments suggesting it was part of a parent asteroid which was impacted by other asteroids, and possibly meteorites and comets.

“This is more evidence that meteorites and asteroids can carry large amounts of water ice. Although we rightly worry about the consequences of the impact of large asteroid, billions of years ago they may have brought the water to the Earth and helped it become the world teeming with life that we live in today.”

Another pet theory regarding water formation starts with the Big Bang. Some 13.8 billion years ago, a singularity occurred which swelled into a hot, uniform bath of particles. In the next three minutes, these particles bounced, collided and eventually merged to form the first atomic nuclei. A bit later, these nuclei fused to form hydrogen, then helium and trace amounts of lithium.

That explains one component of water, hydrogen. Oxygen came much later after the first stars were born. Stars, already abundant a billion years after the Big Bang, act like nuclear furnaces fusing lighter elements into carbon, nitrogen and oxygen.

When the solar system started to form 4.6 billion years ago, water was likely abundant in space and it coalesced with other material to form the planets, including Earth. But our planet’s early history is characterized by periods of scorching heat, thousands of asteroid impacts on a daily basis, volcanic activity. Hell, really. In these conditions, surface water could not have lasted for long, and in the lack of an atmosphere, evaporated back in space.

Though it’s possible some water could have been trapped inside the crust only surfacing when conditions were more favorable, the lion’s share likely arrived from space ferried by asteroids which impacted the planet.