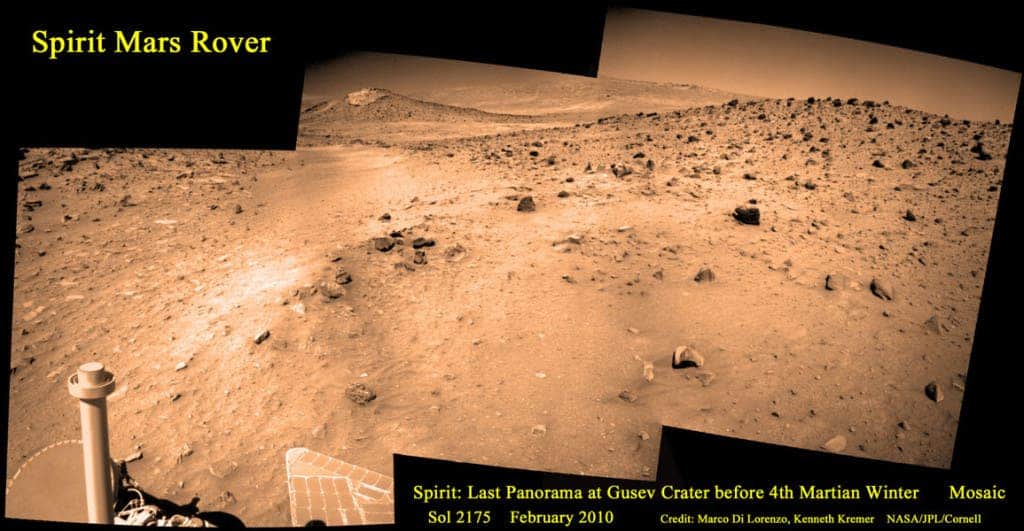 Captioned above is the very last piece of transmitted imagery by the now defunct Mars Spirit Rover (rest its soul; HA!), before the harsh Martian winter forced it into submission; and it’s quite the vista as well – the Columbia Hills.

This was transmitted during Spirit’s  2,175th sol on Mars, when it got stuck in the sand and was unable to turn its solar panels towards the sun for energy. A sol is what NASA officials use to describe a day on the red planet, which is 3% longer than on Earth.

This happened almost a year ago, and since then scientists have made all sorts of attempts to revive the rover, before giving up last week due to lack of resources. Its twin, Opportunity, is still going strong on the other side of Mars.

“We have exhausted all the likely scenarios for contacting Spirit, and the likelihood of success is now practically zero,” said John Callas, Project Manager for the Mars Exploration Rover mission. “And at this point, the season is declining and we couldn’t do any of the planned science objectives even if we heard from her now. The Deep Space Network will occasionally listen for Spirit when resources permit, but we have decided not to do anything past the last commands that will done tonight.” 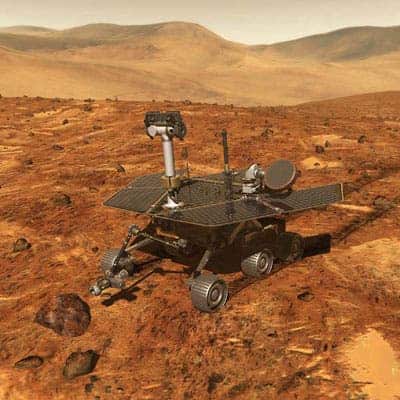 The Spirit Mars Rover landed on on the planet January 3, 2004, and as part of its mission it was planned to service for 90 days – it ended up climbing rocks, performing experiments and transmitting back to Earth invaluable data about Mars for another 6 years.

“We drove it, literally, until its wheels came off and at the beginning of the mission, we never expected that would be the way this project would end up,” said Dave Lavery, MER program director at NASA Headquarters.

“We always knew we would get to this point,” Callas said during a teleconference with the press, “and really, that’s what we wanted to do, to utilize these rovers as much as possible and wear them out. We are here today because we really wore Spirit out. If on sol 90 (the 90th Martian day of the mission) someone would have said this was going to last another 6 years, we just wouldn’t have believed it.”

The image was shared by NASA as part of its Astronomy Picture of the Day feature.