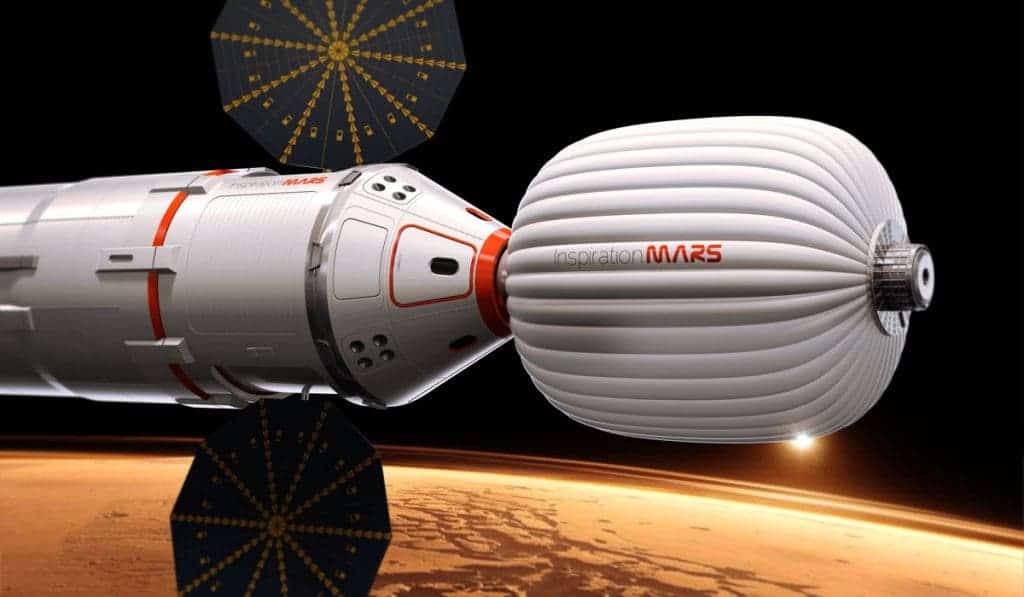 Eccentric  millionaire Dennis Tito – better known for being the first tourist astronaut in space – announced late last month that he has set-up a manned mission to Mars called Inspiration Mars set to put the first man and woman into Martian orbit by 2018. As audacious as the plan might seem, Tito claims that the technology required to perform this feat is in place, even though the entire journey would take 501 days to complete – the longest continuous time in space to be spent in space by humans.

The thing is, as opposed to low-orbit radiation like the one experienced by astronauts on-board the ISS, during an interplanetary journey such as the planned trip to Mars cosmic radiation is at its peak. Coupled with long exposure time, the bombarded astronauts face a 3% increase in chance of developing cancer.

Naturally, Inspiration Mars has a solution for tackling this issue whose key ingredient might strike some of you as surprising – poop. Yup, scientists have found that food and dried feces act as a good radiation insulator, which is why Inspiration Mars CTO Taber MacCallum wants these to cover the inner walls of the spaceship heading for Mars. “It’s a little queasy sounding, but there’s no place for that material to go, and it makes great radiation shielding,” he said, noting that food will be particularly useful in this regard. “Food is going to be stored all around the walls of the spacecraft, because food is good radiation shielding.”

Nothing goes to waste

I know what you’re thinking, exposing food to radiation sounds like a terrible idea, however according to the mission’s technical staff, acting as an insulator, food runs no risk of turning radioactive over time.

Still lining your spaceship walls with feces sounds a bit … insanitary. The team stresses however that the feces that will become part of the spaceship’s insulation will be dried, sanitized and put into bags. Nothing goes to waste, not even waste. Actually, recycling is a central piece of the mission, since the team is looking to dry feces not only to make them better insulators, but to get the water out of it as well. Yes, water in urine and poop will be extracted and recycled … into drinking water. Still want to sign up for the trip?

Concerning the trip itself, Tito, who claims the mission has no corporate agenda whatsoever and moreover will likely run him dry out of money, says Inspiration Mars is all about inspiring mankind.  “Let me guarantee you, I will come out to be a lot poorer as a result of this mission. But my grandchildren will come out to be a lot wealthier through the inspiration that this will give them,” Tito said.

The mission crew – a married couple – will board on a SpaceX Falcon Heavy rocket set to launch in 2018 in order to make most out of a rare window of opportunity. During this time Earth’s and Mars’ gravitational fields perfectly align allowing for a quicker and cheaper trip known as a free-return trajectory – this is only available twice every 15 years.

Why a married couple though? Well, considering the astronauts aboard will have to be at peace with each other for 501 days in a tiny 17-cubic-meter inflatable habitat, a married couple might be the best fit in order to avoid the first case of interplanetary murder. A 520 days Mars mission simulation showed just how delicate the human psyche can be when subjected to the claustrophobic conditions of space – and this happened on Earth, imagine being millions of miles away from home surrounded by void.

Then there’s the  symbolic nature of the crew – a man and a woman. What better way of representing humanity? The two would hopefully reach Mars orbit by August 2018 at an altitude of 100 miles (160km), and then return home. Inspiration Mars is currently in the delicate process of selecting its married crew for the mission, which will require previous spacecraft experience.

Read about the feces solar radiation insulation and other mission features at the New Scientist report.