Astronomers have discovered five planets orbiting Tau Ceti, the closest single star that resembles our Sun in terms of temperature and luminosity. 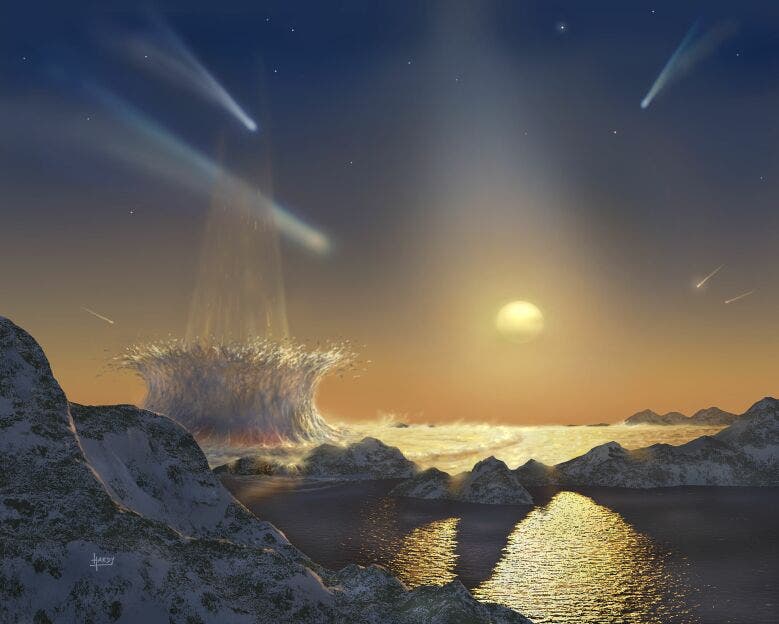 An artist’s depiction of a planet in the Tau Ceti system.

If the planets are indeed there and no error was involved in the study, then there’s a good chance one of them is the right distance from the star to sport adequate temperatures, liquid oceans – and even life. But don’t pack your bags just yet – there is still some skepticism surrounding the find.

Tau Ceti has about 78% of the Sun’s mass, and it is “just” 3 times as far as our closest neighbor – Alpha Centauri; however, unlike Alpha Centauri, who also has a G-type star and even a planet that could host life, Tau Ceti is single – there is no other star that could yank planets away.

All of the five planets are closer than to Tau Ceti than the Earth is to the Sun, but that’s actually a good thing – since the star only emits 45% as much light and warmth as the sun, the planets have to be significantly closer to harbor life. The five candidates for life are relatively small, but still bigger than the Earth – with masses ranging from 2 to 6.6 times that of Earth.

The Earth is a rocky planet – also known as terrestrial or telluric planet; the best candidate for life in the system of Tau Ceti, which completes one lap around its star in 168 days, however, is unlikely to be a rocky planet.

“It is impossible to tell the composition, but I do not consider this particular planet to be very likely to have a rocky surface,” lead author Mikko Tuomi, of the University of Hertfordshire in England, explained. “It might be a ‘water world,’ but at the moment it’s anybody’s guess.”

An ocean planet (also termed a waterworld) is a type of planet whose surface is completely covered with an ocean of water – but don’t despair: life is at least just as likely to appear on those worlds. However, researchers are still awaiting the confirmation for the results.