For the first time, astronomers have caught a black hole red handed gobbling on clumps of cold gas. Both observations and mathematical models suggested that black holes feed exclusively on a hot gas and dust, but it seems they sometimes like to go out for ice cream. 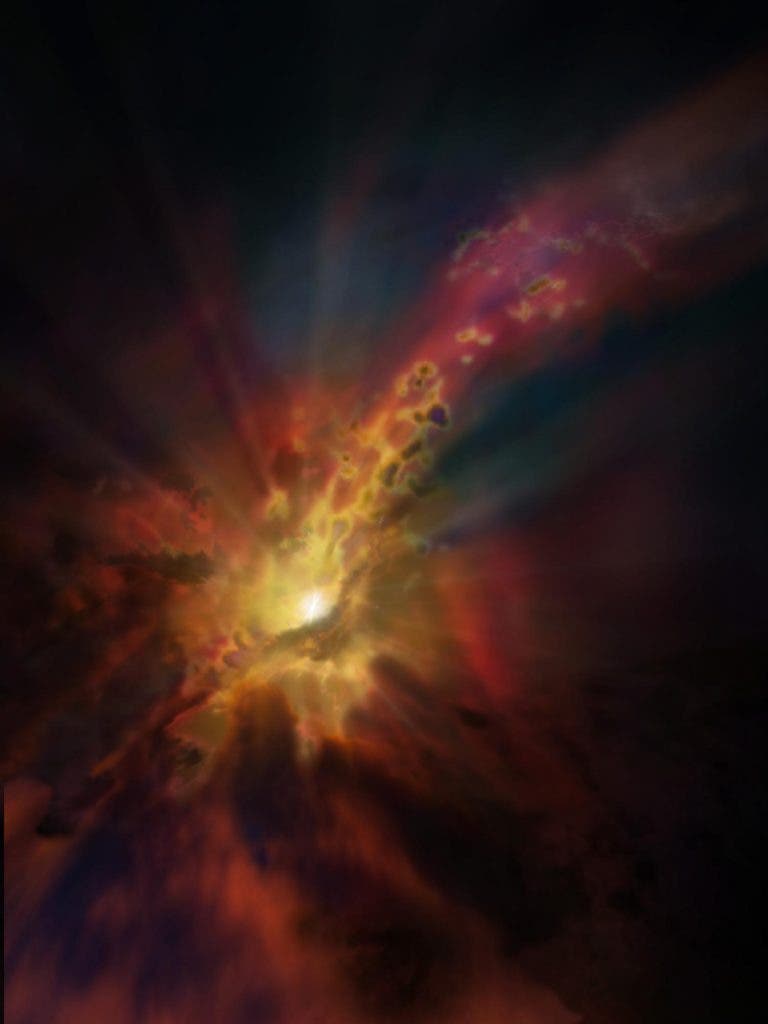 “The simple model of black hole accretion consists of a black hole surrounded by a sphere of hot gas, and that gas accretes smoothly onto the black hole, and everything’s simple, mathematically,” says Michael McDonald, assistant professor of physics in MIT’s Kavli Institute for Astrophysics and Space Research. “But this is the most compelling evidence that this process is not smooth, simple, and clean, but actually quite chaotic and clumpy.”

Using one of the most powerful telescopes in the world, the Atacama Large Millimeter/submillimeter Array, or ALMA, the astronomers mapped the carbon monoxide signatures in the center of the Abell 2597 Cluster. This massive formation is home to thousands of galaxies and stretches tens of thousands of light-years. Carbon dioxide is often used as a proxy whose presence usually signals cold gas.

The researchers were interested in charting new stars in the Abel Cluster, which is one of the brightest out there and hence easier to study. Cold gas, cooled and condensed out of the diffuse halo of hot gas, eventually gathers in clumps and if the conditions are right, these clumps can collapse to form a new star. 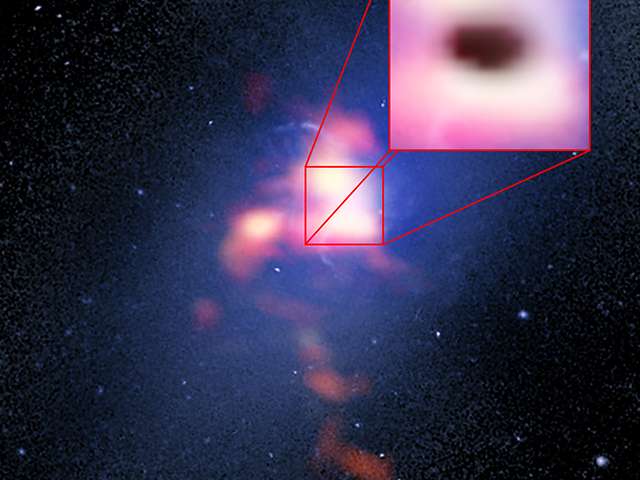 So far, so good. It’s pretty standard stellar hunting practice, but what was surprising to see were three very cold gas clumps. The clumps’ shadows were cast against the familiar bright jets spewing from the massive black hole at the center of the galaxy cluster, which can only mean the gas was about to be consumed.

“We got very lucky,” McDonald says. “We could probably look at 100 galaxies like this and not see what we saw just by chance. Seeing three shadows at once is like discovering not just one exoplanet, but three in the first try. Nature was very kind in this case.”

“We’re only seeing this tiny sliver,” McDonald says. “If there are three clouds in just our line of sight, there might be millions of clouds all around. And there’s a tremendous amount of energy in just these three clouds. So if we were to look at this thing a million years later, we might see that the black hole is in outburst—much brighter, with more powerful jets, because all this high-energy material is landing on it.”

The authors believe the cold clumps will likely not stream directly into the black hole. Rather these will be accreted with hot material, revolving around the black hole until dinner is ready. Findings appeared in Nature.