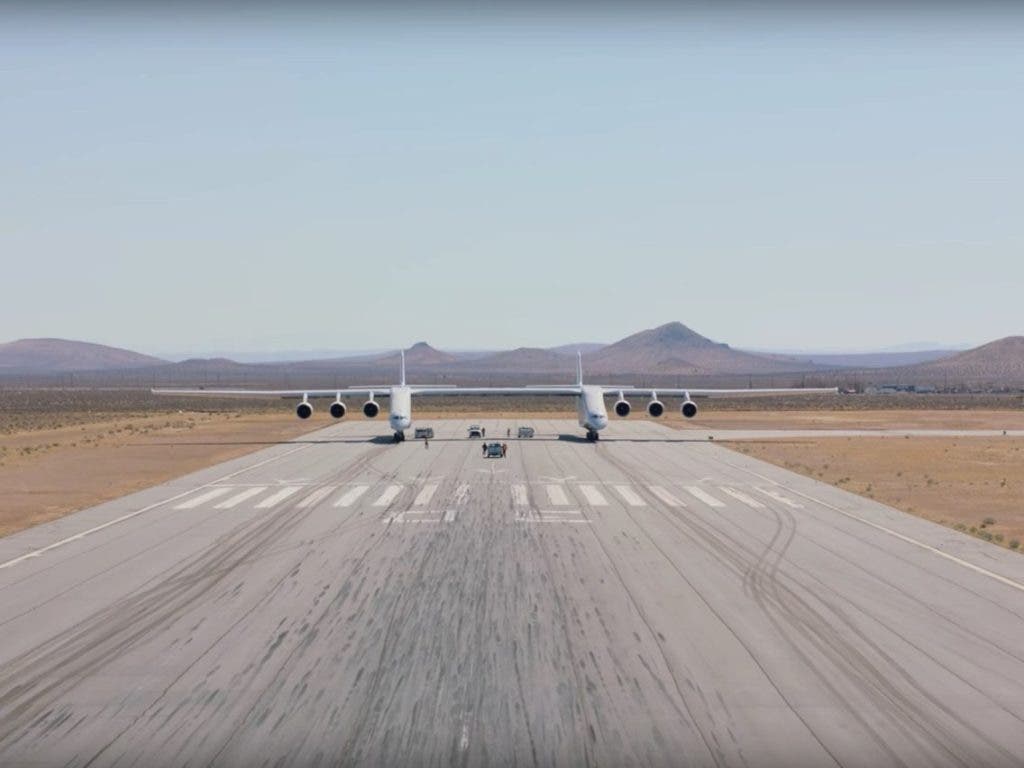 Stratolaunch is by far the world’s largest aircraft. Its wings, spanning an impressive 385 feet (118-m), are roughly the same length as a football field and the craft needs two fuselages with two separate cockpits to stay airborne. Since it was first unveiled to the world in 2017, the aircraft has steadily been gearing towards its much-anticipated maiden flight — slated for 2019. Now, Stratolaunch Systems posted a YouTube video showing the huge aircraft performing a taxi test and reaching a top speed of 46 mph.

Stratolaunch is the brainchild of Paul Allen, Microsoft co-founder, who has joined the ranks of other tech billionaires that made a transition to aerospace like Jeff Bezos, Elon Musk or, to some extent, Richard Branson. This isn’t the first time Allen has ventured into the private space industry. In 2004, he funded the construction of Scaled Composites’ SpaceShipOne suborbital spacecraft, which successfully climbed to an altitude of 50,000 feet. It was the first privately funded project to put a civilian into space.

The goal of Allen’s company is to “provide convenient, reliable, and routine access to low-Earth orbit.” While companies like SpaceX have focused on designing reusable rocket boosters to substantially cut down costs, Stratolaunch is taking a slightly different route. Like SpaceX’s boosters, a Stratolaunch will be reusable, enabling very affordable deployment of cargo and satellites into Earth’s low-orbit, for example to the International Space Station, though nowhere as ‘cheaply’ as SpaceX,. It’s a different approach and a different niche market for Stratolaunch, but one that might only help to strengthen the private space industry as a whole.

To take off, Stratolaunch needs a 3.6-kilometer runway at the very least. Initially, the plane was supposed to carry a Falcon 9 from SpaceX but now Stratolaunch wants to deploy Orbital ATK’s Pegasus XL rockets. It can carry and release up to three such rockets at an altitude of approximately 30,000 feet (9,100 m), before launching them into space. Rocket launches from this altitude would allow for satellites to more easily enter and then begin circling the globe on a low-Earth orbit, or LEO. Small satellites can be deployed this way into different orbits on the same flight. 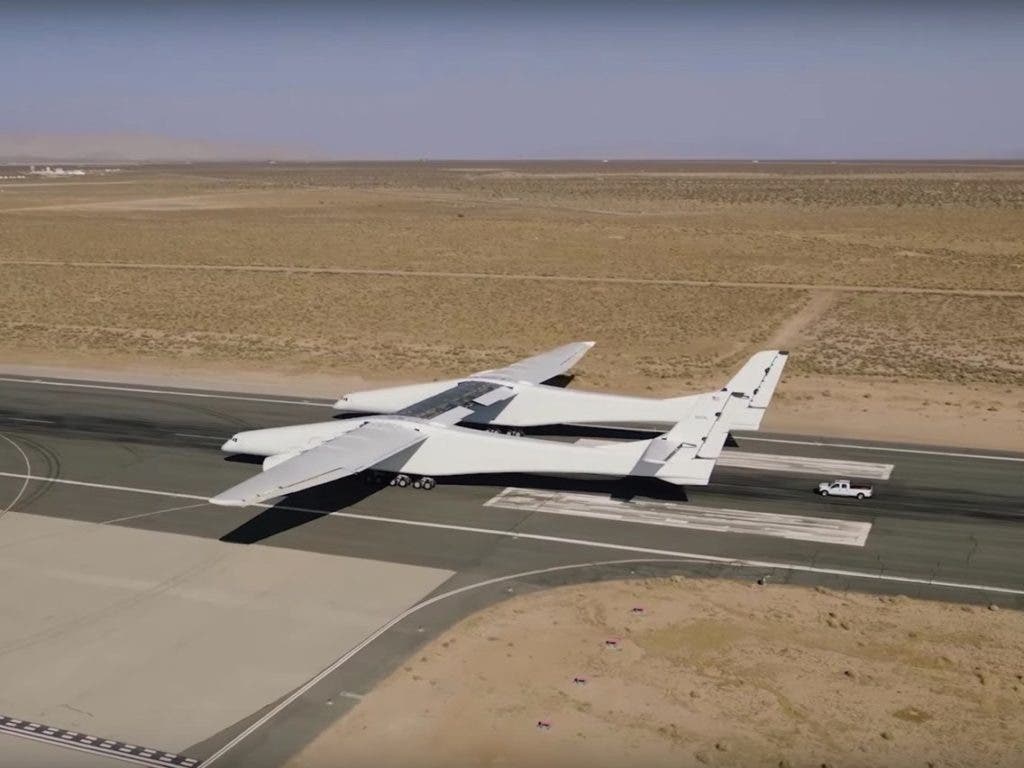 This weekend, Strato successfully completed a taxi test reaching a top speed of 46 miles per hour. The test assessed the craft’s ability to steer and stop using its controls. The date for its test flight hasn’t been announced yet but we do know that the company is gearing for a 2019 maiden launch.

Strato is also considering developing its own launch systems. According to SpaceNews, the company has hired propulsion engineers and has a Space Act Agreement with NASA’s Stennis Space Center in Mississippi to use a test stand there for “testing of its propulsion system test article element 1.” Company spokesman Steve Lombardi said Strato is in the “early stage” of a propulsion development project.