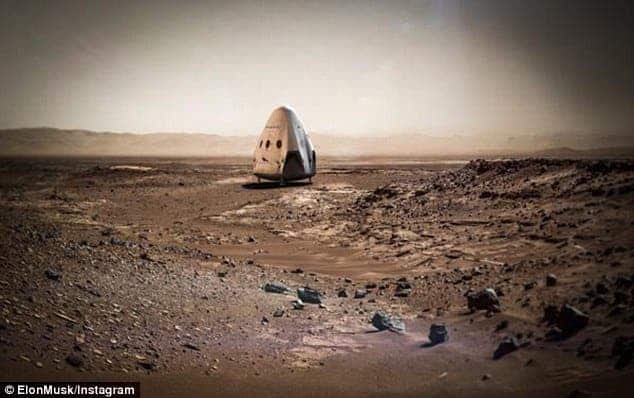 If you’re not aware what this company is and what they do, let me quickly put you up to date. Space Exploration Technologies Corporation (SpaceX) is an American aerospace manufacturer founded by Elon Musk with the goal of improving and refining sub-orbital travel and ultimately enabling the colonization to Mars. In other words, they now fly shuttles into sub-orbit and onto the International Space Station – the first ever private company ever to do so. But always, in the back of their minds, they have the idea that we should get to Mars.

The hint that something new and awesome is happening came from a Tweet released by Chris Bergin, the managing editor and founder of NASASpaceFlight, a reliable news site dedicated to space travel.

Tease: It may take weeks, or even months, to be announced, but what I’ve just been shown is THE most exciting thing EVER. #SpaceX

This comes right after Elon Musk did an “Ask Me Anything” on Reddit, where he said that they’re already working for the transportation to Mars.

“The Mars transport system will be a completely new architecture,” he wrote on Reddit. “Am hoping to present that towards the end of this year. Good thing we didn’t do it sooner, as we have learned a huge amount from Falcon and Dragon.”

Several media outlets have asked SpaceX for comment but the corporation didn’t answer – but it seems quite logical to put the two together and reach the conclusion that there’s something about the new transportation system to Mars, they’re probably reaching a significant breakthrough. Sure, we may be overthinking and exaggerating things, but hopefully, we’re not.

2 thoughts on “SpaceX has something major in the works, and we’re really excited”