All eyes seem to be pointed on Jupiter and Mars these days, with NASA probes being planned for both of them, and it’s easy to forget that there’s a spacecraft currently heading towards the edge of the solar system, aimed straight at Pluto at a speed of 80,000 kilometers per hour. 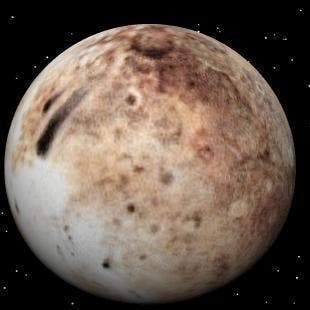 Even at this speed though, it will still take 4 more years before it gets there, so astronomers have been spying ahead with the Hubble telescope, in the attempt of finding anything that could damage or even destroy the shuttle. What they found was something nobody really expected – a new moon, not noticed by anyone else before.

Nicknamed P4, until it gets a real name, this new moon joins Charon, Nix and Hydra, but there’s a good reason why nobody noticed it so far. With a diameter varying somewhere between 13 and 33 km, it is all but impssible to see from Earth.

“We always knew it was possible there were more moons out there,” says Alan Stern of the Southwest Research Institute in Boulder, Colo., the principal investigator of the New Horizons mission and a co-discoverer of the new moon. “And lo and behold, there it was.”

It’s extremely unlikely that the new found Moon will have any impact on the mission. In the meantime, Pluto still maintains its status as a dwarf planet, much to the dismay of some. Showalter, on the other hand, doesn’t think it matters what you call Pluto.

“I don’t see dwarf planet as a demotion,” he says. “Think of bonsai trees. The fact that they’re so small is what makes them interesting. So if you don’t like the term dwarf planet, just think of Pluto as a bonsai planet.”