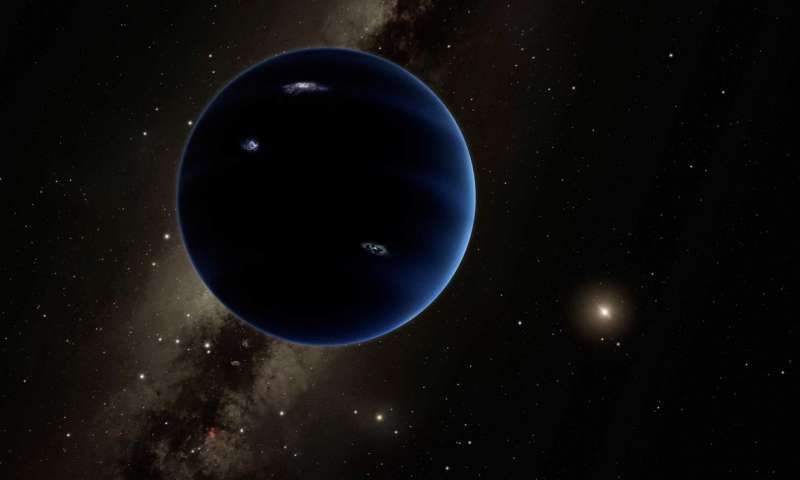 A hidden planet almost ten times as massive as Earth might be lingering the in the darkest recesses of the solar system. Scientists haven’t yet spotted this mysterious body, tentatively called Planet Nine, and they’re not even sure it exists. However, indirect evidence suggests Planet Nine is pulling strings throughout the solar system by stretching the orbits of distant bodies and, perhaps, even tilting the plane of the entire solar system on one side.

In early 2016, Konstantin Batygin and Mike Brown, two planetary astrophysicists at the California Institute of Technology (Caltech) in Pasadena, made waves after they predicted an unidentified new planet is chilling somewhere in the outer solar system. Their calculations suggest a number of objects from the Kuiper Belt, the circumstellar disc beyond the known planets, were aligning in a strange way, without any consistent explanation. After many iterations, no model could explain this erratic behavior other than a new planet roughly ten times more massive than Earth and about 20 times farther from the Sun than Neptune. Scientists class a planet the size of Planet Nine as a Super-Earth.

“This would be a real ninth planet,” Brown, who is one of the people responsible for de-classifying Pluto as a planet, said at the time of the controversial announcement. “There have only been two true planets discovered since ancient times, and this would be a third. It’s a pretty substantial chunk of our solar system that’s still out there to be found, which is pretty exciting.”

As wild and unbelievable as all of this may sound at first glance, subsequent studies support this assumption, or at least they don’t contradict it. Now, according to the most recent investigations, it’s actually difficult to imagine the solar system’s mechanics without Planet Nine.

“There are now five different lines of observational evidence pointing to the existence of Planet Nine,” said  Batygin, in a recent statement. “If you were to remove this explanation and imagine Planet Nine does not exist, then you generate more problems than you solve. All of a sudden, you have five different puzzles, and you must come up with five different theories to explain them.” 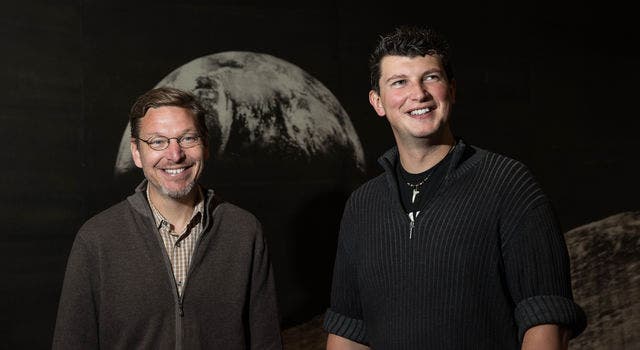 There are at least six objects in the Kuiper Belt whose elliptical orbits point in the same direction. They’re also tilted in the same way, about 30 degrees downward compared to the pancake-like plane within which the solar system’s planet orbit the sun.

Computer simulations suggest there should be more planets showing a ‘weird’ tilt if Planet Nine was truly out there. Moreover, Planet Nine should tilt some objects on the order of 90 degrees, forming an “X” between these objects and the solar system’s plane. Five such objects already fit this description.

Planet Nine could have also tilted the planets of our solar system in the last 4.5 billion years according to another study, which explains why the solar system’s plane is tilted about 6 degrees with respect to the sun’s equator. Over time, this mysterious body could make the entire solar-system plane precess or wobble, just like a top on a table

“Planet Nine may have tilted the other planets over the lifetime of the solar system,” said study lead author Elizabeth Bailey, an astrophysicist and planetary scientist at the California Institute of Technology in Pasadena.

Another study published this week by Juliette Becker, a doctoral student at the University of Michigan, analyzed hundreds of “Trans-Neptunian Objects,” or TNOs — rocky objects smaller than Pluto that orbit the sun at a greater average distance than Neptune. Becker’s investigation suggests that these TNOs are aligned in the orbits they currently occupy because of Planet Nine’s influence.

Lastly, Planet Nine can explain another longstanding puzzle among astrophysicists involving the solar system’s so-called contrarians. These are far-away objects that orbit the cold deeps of the solar system in the opposite direction from everything else in the solar system. Planet Nine’s gravitational influence could be flinging these objects around.

“No other model can explain the weirdness of these high-inclination orbits,” Batygin said. “It turns out that Planet Nine provides a natural avenue for their generation. These things have been twisted out of the solar system plane with help from Planet Nine and then scattered inward by Neptune.”

All that remains is to find this mysterious planet — which may prove to be more difficult than it sounds. For now, scientists are pointing the Subaru Telescope at Mauna Kea Observatory in Hawaii towards different patches of the sky to do just that.

As for how Planet Nine got here in the first place, scientists aren’t sure yet. Batygin says that we shouldn’t bother too much about its origin before we actually find it, but didn’t stop some astronomers from proposing some hypotheses. A 2016 paper published in the Monthly Notices Letters of the Royal Astronomical Society, claims Planet 9 or Planet X, as it’s sometimes called, might actually be an exoplanet, initially formed in another solar system but captured by our sun in an interstellar gravity tug of war.

It’s quite amazing, though, that we’re discussing the search for a new planet in our solar system after so many years since the last one was confirmed.