Speeding at 14 km per second, NASA’s New Horizons shuttle went past Pluto, hurdling towards the edge of the Solar System. But regardless of what happens, New Horizons’ flyby of the dwarf planet will remained firmly anchored in the history of space exploration. 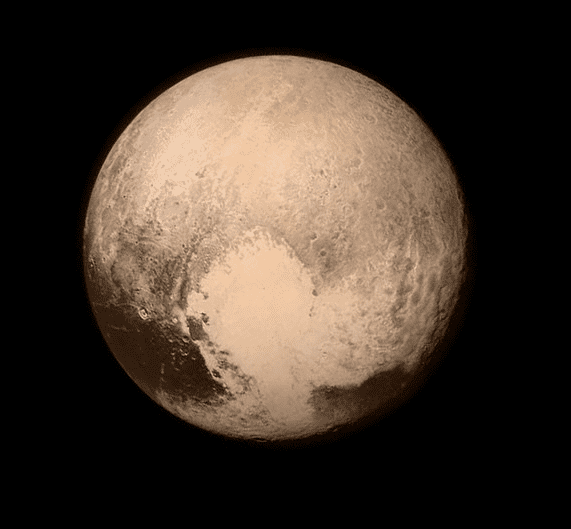 This is the best photo of Pluto we have. Yes, if you’re wondering, this is true color. Thank you, NASA!

“We have completed the initial reconnaissance of the Solar System, an endeavour started under President Kennedy more than 50 years ago and continuing to today under President Obama,” said the mission’s chief scientist, Alan Stern. “It’s really historic what the US has done, and the New Horizons team is really proud to have been able to run that anchor leg and make this accomplishment.”

As so many scientists have put it: this truly is space exploration. This is going past to the boundaries and past, reaching the very edges of our Solar System, just 112 years after the first plane took off the ground. Nasa’s science chief, John Grunsfeld, said:

“This is true exploration… that view is just the first of many rewards the team will get. Pluto is an extraordinarily complex and interesting world.”

So, we got a chance to get a good look at Pluto, and the tiny former planet is definitely an interesting and active place. It has an apparently active geology, a climate, and almost certainly, many secrets awaiting to be uncovered. Dr. Stern adds:

“On the surface we see a history of impacts, we see a history of surface activity in terms of some features we might be able to interpret as tectonic – indicating internal activity on the planet at some point in its past, and maybe even in its present. This is clearly a world where geology and atmosphere – climatology – play a role. Pluto has strong atmospheric cycles. It snows on the surface. These snows sublimate – (and) go back into the atmosphere – every 248-year orbit.” 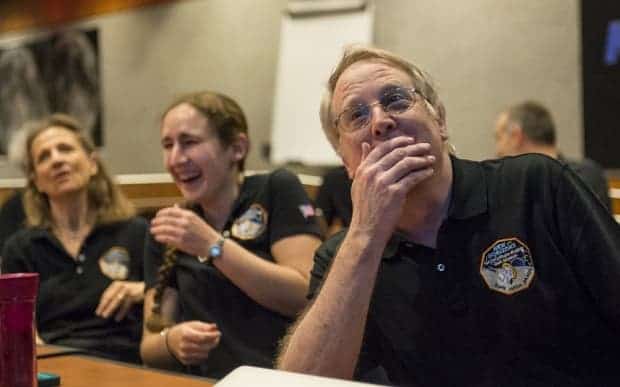 Just because Pluto isn’t a planet anymore, doesn’t make it a less interesting place. While we won’t go into the debate of whether or not Pluto is or should be considered a planet, it’s worth noting that there’s quite a significant generation gap here: people who learned the planets in recent years likely won’t consider it a planet, while many of us still do. In fact,  the head of NASA, Charles Bolden, still considers it to be a planet. He also praised the entire New Horizons project:

“We’re calling Pluto a planet, technically it’s a dwarf planet. I call it a planet, but I’m not the rule maker. We wanted to demonstrate that we could navigate the last known planet in our Solar System. That is an incredible technological achievement.” He was also surprised to see just how active and diverse Pluto is. Mr Bolden added: “ I expected to see some cold, grey icy planet. It has reddish tint, not unlike Mars. That’s fascinating. We continue to be mesmerised by this incredible planet and its moons.”

Measurements sent back by New Horizons as it came close to Pluto showed that the dwarf planet was 20-30 kilometers larger than previously thought, with a radius of 736 miles – which makes it larger than Eris, a body discovered in 2005. The fact that Pluto was smaller than Eris was one of the strongest arguments for reclassifying Pluto as a minor planet in 2006. He’s also not the only one excited to learn more about Pluto. 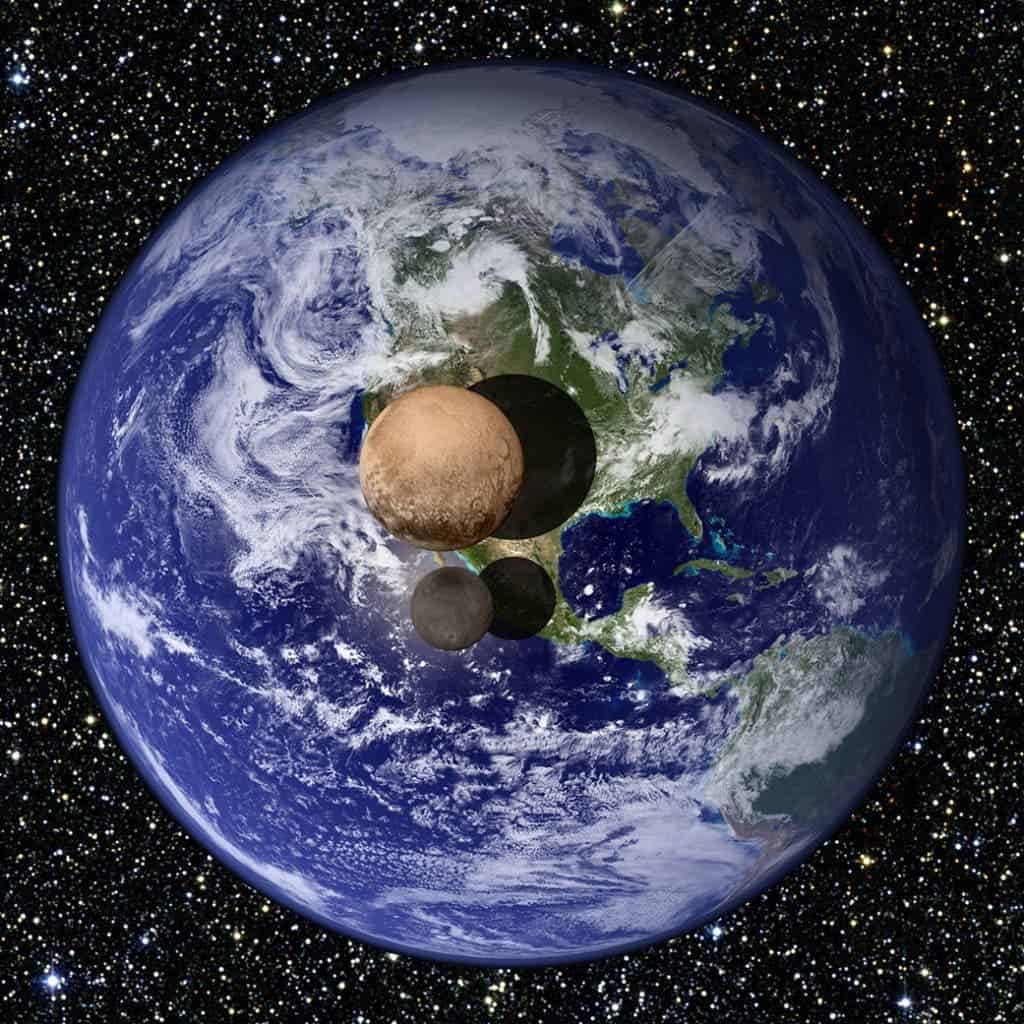 “Maybe we need to reconsider its status again,” said Dr Daniel Brown, an astronomy expert at Nottingham Trent University. “What once was a planet and was demoted to a dwarf planet, obscure and without any clear images of the surface, will now be explored to great depth.”

“This is really unexplored territory. The images of Pluto we got previously have been only a few pixels across, just showing areas of light and dark on this world. Now we’re getting up close and personal, something that has never been done before. This whole region is hard for astronomers to explore because we rely on light, and at that distance so little sunlight falls on these objects that you have very little data to work with. Learning about the composition of Pluto may give us more of a handle on the make-up of the solar system.”

So what’s next for New Horizons? Well, after departing from Pluto, it will start exploring ‘The Third Zone’ also known as the mysterious Kuiper Belt – a region of the Solar System beyond the planets, that’s basically a bunch of uncharted debris left over from the solar system’s formation 4.56 billion years ago. The probe is still adequately fueled, so it can keep going until the Mid-2030s and keep sending valuable data back to Earth.

After that, it will leave the solar system.

“Over the next 20 years it could operate and return scientific data, from a Kuiper Belt flyby and then we have a chance to go further out of the heliosphere (Solar System) and potentially cross the interstellar boundary and sample interstellar space,” said Dr Stern. 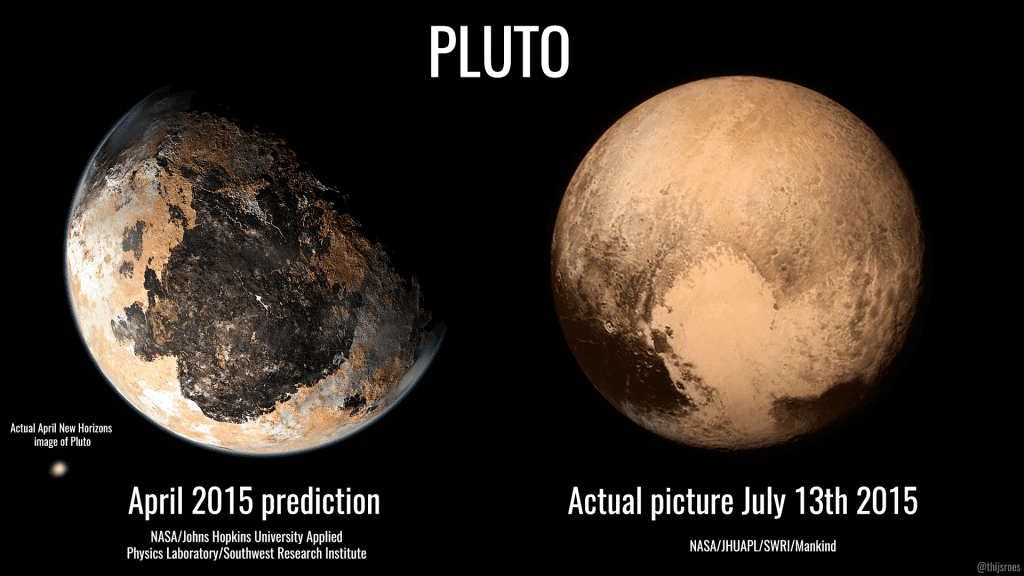 As it turns out, NASA’s researchers made accurate predictions regarding Pluto.

If you still have questions, scientists working at the New Horizons mission were answering questions at Reddit. Here are some of the most interesting ones:

What is the most surprising thing you’ve discovered about Pluto since the mission began?

Charon’s dark pole surprised us quite a bit. We expected Charon’s surface to be mostly uniform and featureless.

What is next for New Horizons?
What do we hope to learn about Pluto?
What other information/pictures/data will New Horizons be sending back?
What has your day been like and what does it feel like to be part of the team?

1.Next is all of the data download. It will take ~16 months to download the amazing data.
2.We hope to learn about Pluto and its five known moons. The atmosphere, the geology, the composition of the rocks, and much much more.
3.New Horizons has seven instruments – ALICE, LORRI, PEPSSI, RALPH, REX, SDC, SWAP, so lots of data will be coming down in addition to the images you have seen already.
4.Today has been great. We all gathered and counted down to the closest approach. I can only imagine how exciting tonight will be when NH phones home.

The latest images suggest Pluto’s surface is much newer than Charon’s, even though the dwarf planet and it’s moon are the same age. Are there any theories in the works about the resurfacing process and it’s cause?

There are two likely reasons, but forthcoming New Horizons’ data will hopefully let us refine these or figure out a better reason. One is that Pluto is larger than Charon, so it can retain more heat and have active geology longer. Another is that Pluto has a tenuous atmosphere, and during the 248-year orbit around the sun, the atmosphere sublimates from one area in sun and is deposited in another in darkness, and then this reverses half-way through the orbit. This process is very slow, relatively speaking, but so is cratering.

Will we see detailed photos of Pluto’s moons in near future too?