The otherwordly new video features one of the two Martian moons – Phobos, as it rises on the sky. Even though the movie only has 32 seconds, the action actually took place over the course of 27 minutes.

Mars has two moons: Phobos (which is just 22 km wide on average), and Deimos, which is even smaller. They are believed to be asteroids trapped a long time ago by the Martian gravitational field.

This video isn’t the first from Curiosity to represent Phobos – just five weeks after it landed on Mars, it sed its workhorse MastCam camera to photograph the moon as it crossed the face of the sun, covering a small fraction of the star.

The Curiosity rover landed inside a geological feature called Gale Crater last August, kicking off a planned two-year surface mission to find out if the Red Planet was ever able to support (microbial) life. So far, the mission was a great success, as the rover already showed that a site called Yellowknife Bay was indeed habitable billions of years ago. 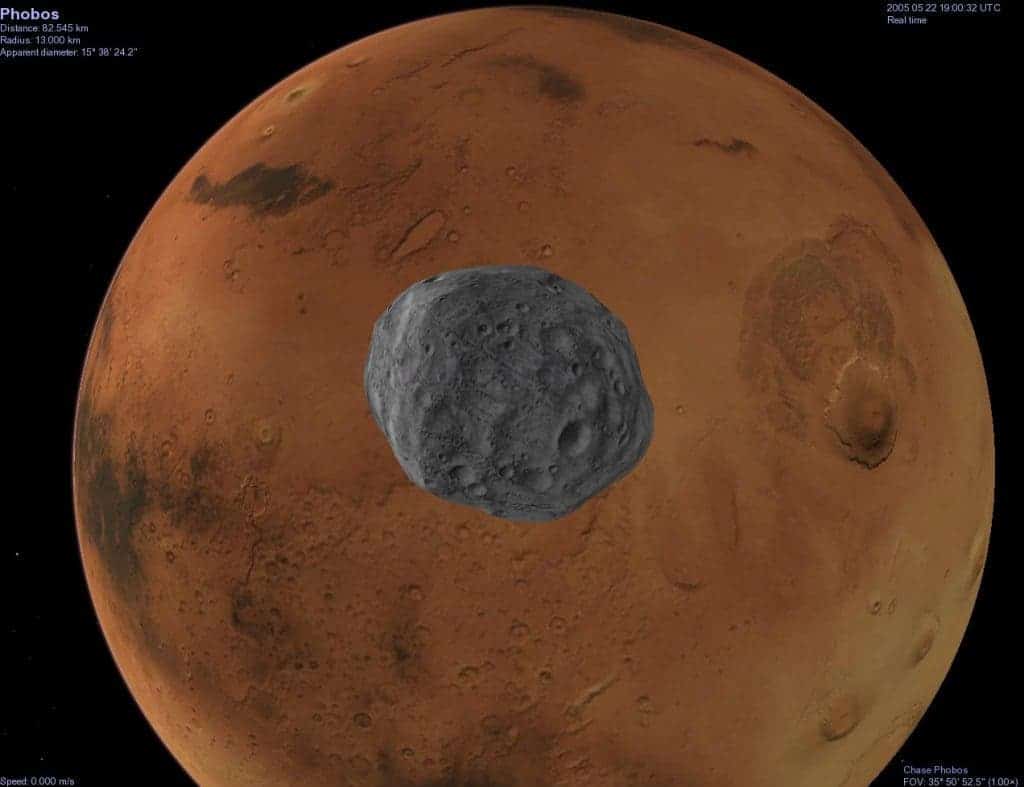