The theory says that if you get close enough to a black hole, if you pass what is called the event horizon, there’s no turning back. Nothing, not even light can escape back from the event horizon. Even though the existence of such event horizons is all but certain, and they fit greatly into Einstein’s Theory of Relativity, they haven’t been proven yet — until now. 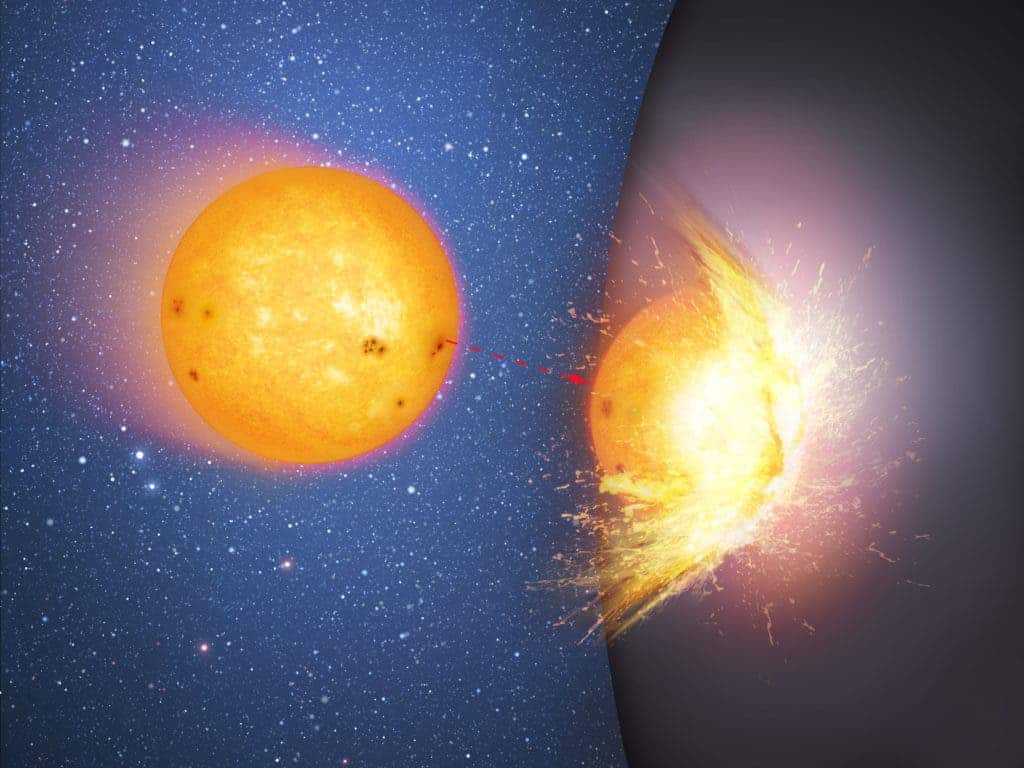 This is the first in a sequence of two artist’s impressions that shows a huge, massive sphere in the center of a galaxy, rather than a supermassive black hole. Image credits: Mark A. Garlick/CfA.

Researchers from the University of Texas at Austin and Harvard University have put this principle to test, showing that when matter gets pulled past an event horizon, it simply vanishes.

“Our whole point here is to turn this idea of an event horizon into an experimental science, and find out if event horizons really do exist or not,” said Pawan Kumar, a professor of astrophysics at The University of Texas at Austin.

Before we understand what that means, let’s get our hands dirty and sink our teeth into some basic black hole physics. 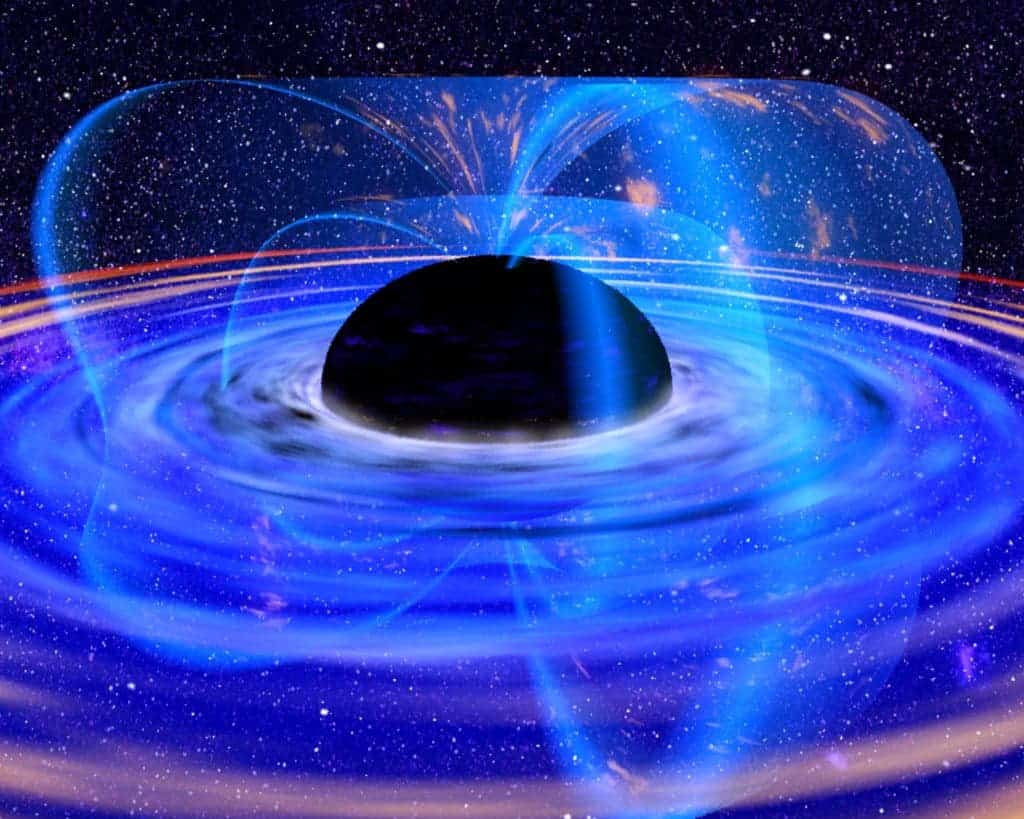 Point of no return

A black hole is any region of spacetime exhibiting enough gravitational attraction that it doesn’t allow anything to escape from it. OK, we kind of know this and it’s fairly easy to comprehend, but what does it actually mean, and how do they form?

According to the theory of general relativity, any area can become a black hole, as long as it has sufficiently compact mass. Realistically though, they only have a chance of forming when a huge gravitational mass starts to collapse, as is the case of some stars. Basically, after most of their fuel is consumed, the internal pressure is not large enough to counteract the star’s own gravitational field, and the star collapses on itself. If this process starts, nothing, not a single known process can stop it. It’s interesting to note that Einstein himself thought black holes would not form as physical objects, though by the 60s, most physicists strayed from this belief.

At the center of a black hole, there’s what is called a singularity, a point where the gravitational field is infinite. Fun fact: according to our current understanding of the universe, before the Big Bang, the entire universe was a singularity, a single point.

Artistic representation of how a black hole might suck a star. Image via WiffleGif.

If your head’s not spinning already, we’re good to go. What the Texas and Harvard researchers did was to put the idea of a supermassive black hole to test. If it is indeed a black hole, then it would have a singularity — but this is a point, a single point without any real surface. If the other option was true, and some physical things were stuck at the event horizon, then they would have a hard surface, and this could be studied.

“Our motive is not so much to establish that there is a hard surface,” Kumar said, “but to push the boundary of knowledge and find concrete evidence that really, there is an event horizon around black holes.”

Black holes suck up things all the time, but Kumar and his colleagues decided to look for the most visible thing: stars. Every once in a while, black holes consume stars (yes, the universe is crazy). Crashing a star onto a hard surface would definitely be visible, they figured.

“We estimated the rate of stars falling onto supermassive black holes,” Lu said. “Nearly every galaxy has one. We only considered the most massive ones, which weigh about 100 million solar masses or more. There are about a million of them within a few billion light-years of Earth.”

So they looked up. Using the Pan-STARRS 1.8-meter telescope in Hawaii, looking for things that glow a bit and then fade, as you’d expect would be the case here. They found nothing. 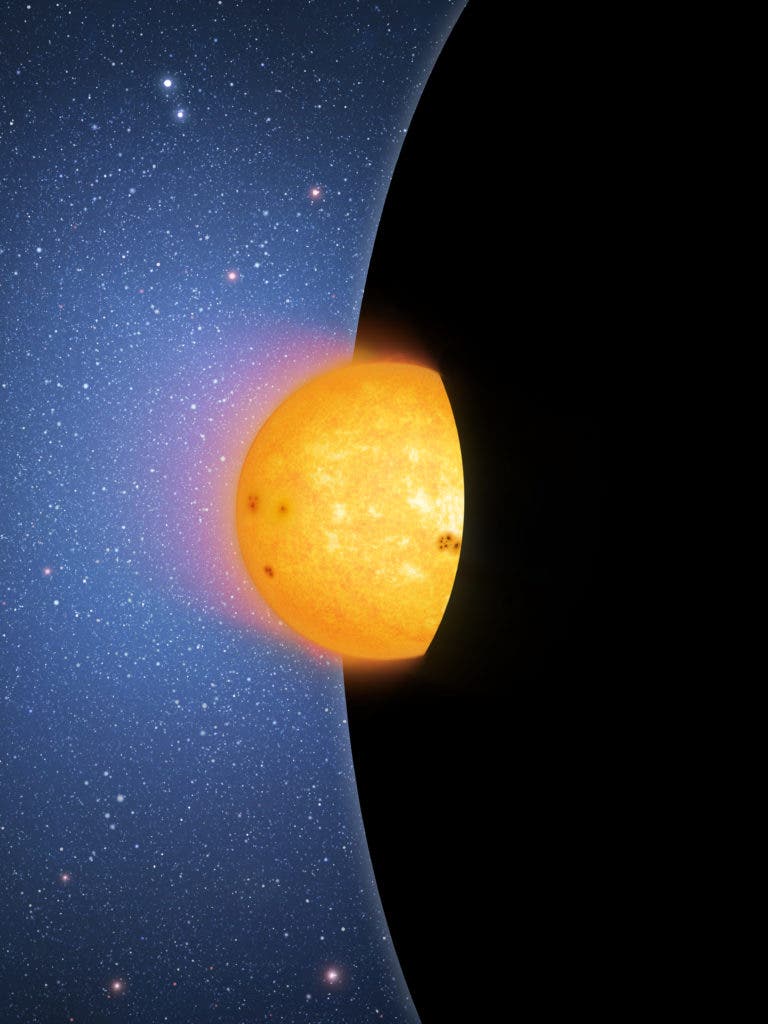 This artist’s impression shows a star crossing the event horizon of a supermassive black hole located in the center of a galaxy. In this case, the star is swallowed whole. Image credits: Mark A. Garlick/CfA.

Of course, it’s extremely difficult to prove a negative. This doesn’t necessarily mean that no black holes have solid horizons, but if the theory holds true, at least 10 such events should have been detected, and none has. So it does seem to indicate that this is not really the case, and General Relativity passes yet another test.

Researchers now want to survey an even larger portion of the sky, to see if they get similar results.