New Horizons’s trip to Pluto came and went – it was met with extreme enthusiasm at NASA headquarters and praised by scientists throughout the world – but the New Horizon mission is far from over. The shuttle is adequately powered to sent back valuable data until the 2030s; for now, it simply “phoned” back home to say it’s OK after zooming past Pluto. 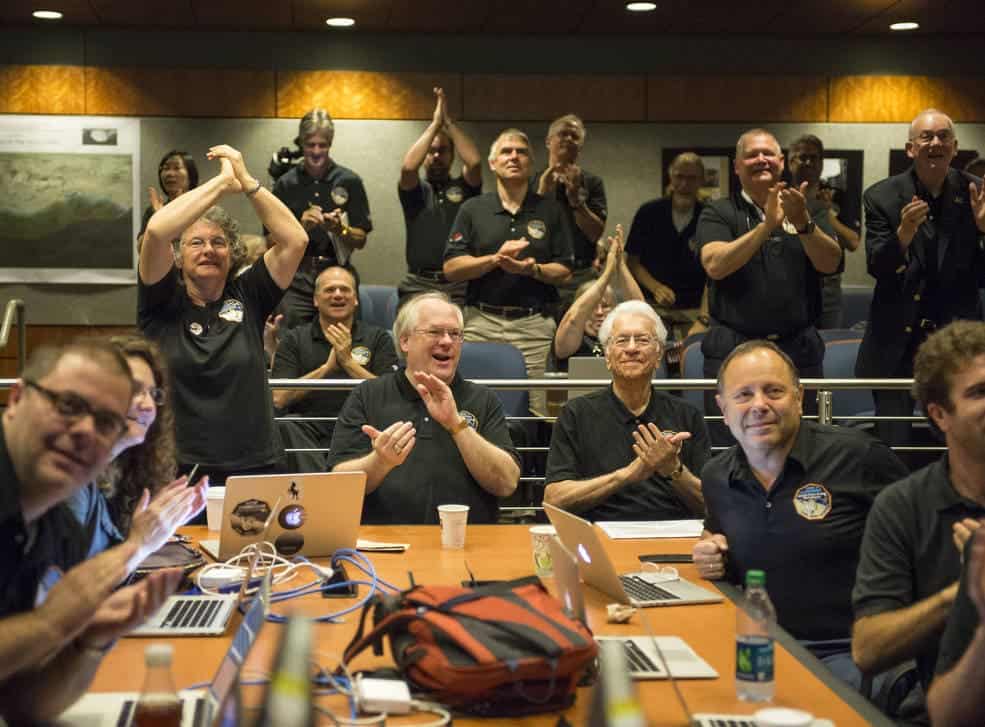 The “phone call” is actually 15-minute series of status messages beamed back to mission operations at the Johns Hopkins University Applied Physics Laboratory in Maryland through NASA’s Deep Space Network. The astronomers and engineers working on the project had been waiting for this for 21 hours while the shuttle was in data-gathering mode and not in contact with flight controllers.

“I know today we’ve inspired a whole new generation of explorers with this great success, and we look forward to the discoveries yet to come,” NASA Administrator Charles Bolden said. “This is a historic win for science and for exploration. We’ve truly, once again raised the bar of human potential.”

It was indeed a memorable event, one that set a high bar for future missions, but one that might also open a new golden age for space exploration. We’ve went to the very edge of the solar system, past the no-longer-planet Pluto, and learned wonderful and intriguing things about it.

“With the successful flyby of Pluto we are celebrating the capstone event in a golden age of planetary exploration,” said John Grunsfeld, associate administrator for NASA’s Science Mission Directorate in Washington. “While this historic event is still unfolding –with the most exciting Pluto science still ahead of us — a new era of solar system exploration is just beginning. NASA missions will unravel the mysteries of Mars, Jupiter, Europa and worlds around other suns in the coming years.”

We’ve already snapped some spectacular photos of Pluto, we’ve learned that it’s a big bigger than we suspected, and we also learned that Charon, one of its moons, also has some intriguing geological features. However, there’s still much more to learn. In fact, it will take New Horizons 16 months to send all the data it gathered back to Earth. It’s just amazing how far we’ve come in only a few decades.

“Pluto was discovered just 85 years ago by a farmer’s son from Kansas, inspired by a visionary from Boston, using a telescope in Flagstaff, Arizona,” said John Grunsfeld, associate administrator for NASA’s Science Mission Directorate in Washington. “Today, science takes a great leap observing the Pluto system up close and flying into a new frontier that will help us better understand the origins of the solar system.”

The New Horizons team did a fantastic job, and they will continue to do so, no doubt about it. We’ll learn more about the outer parts of our solar system as New Horizons ventures deeper into the Kuiper Belt, consisting mainly of small bodies, or remnants from the Solar System’s formation.

Follow the New Horizons mission on Twitter and use the hashtag #PlutoFlyby to join the conversation. Live updates also will be available on the mission Facebook page.

One thought on “New Horizons Phones Back After Pluto Flyby”