NASA has spotted one of Neptune’s Great Dark Spots as it was forming, a new study reports. This is the first time humanity has witnessed such an event. 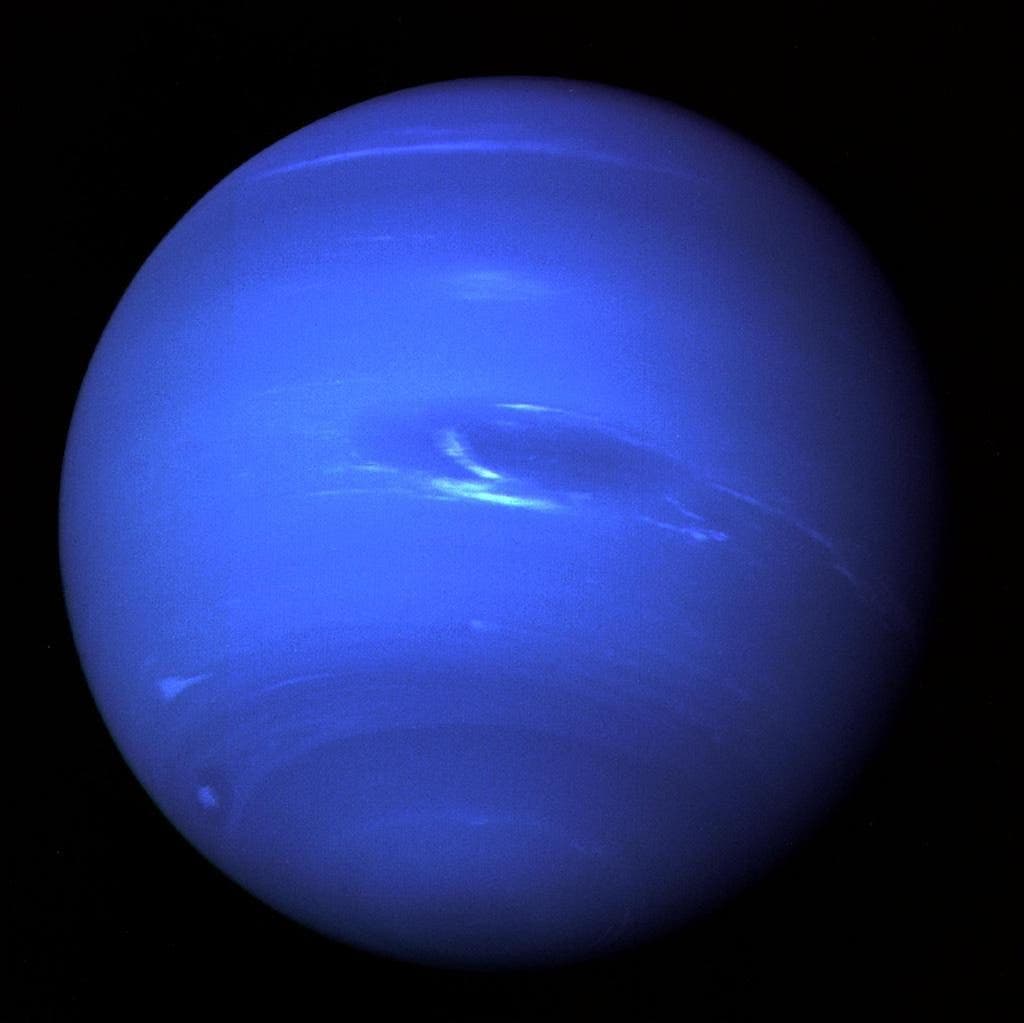 By peering through the lens of the Hubble Space Telescope, NASA researchers have captured one of Neptune’s storms at is was brewing. While six such dark spots have been observed on Neptune in the past, this is the first time we’ve seen one during formation.

The findings will help us better understand our neighboring planets, as well as those far away — exoplanets — in general, as well as the weather patterns and nature of gas giants in particular.

There be a storm a’brewin!

“If you study the exoplanets and you want to understand how they work, you really need to understand our planets first,” said Amy Simon, a planetary scientist at NASA’s Goddard Space Flight Center in Greenbelt, Maryland and lead author of the new study.

“We have so little information on Uranus and Neptune.”

Jupiter’s Great Red Spot is perhaps the best-known alien storm — but it’s far from the only one. Neptune, as well as our other gaseous-if-somewhat-unfortunately-named neighbor Uranus also boast their own storms in the form of Great Spots.

Neptune’s storms take the shape of Great Dark Spots. Researchers have, so far, spotted six such Spots on Neptune since 1989, when Voyager 2 identified the first two. Hubble has spotted four more since its launch in 1990. The authors of this study have analyzed images Hubble has taken of Uranus over the past several years to chronicle the growth of a new Great Dark Spot that became visible in 2018. The wealth of data recorded by Hubble helped the team understand how often Neptune develops dark spots and how long they last, and gain a bit of insight into the inner workings of ice giant planets.

Voyager 2 saw two storms on Neptune, the (Earth-sized) Great Dark Spot and the Dark Spot 2, in 1989. Images taken by Hubble five years later revealed that both spots had vanished.

“It was certainly a surprise,” Simon said. “We were used to looking at Jupiter’s Great Red Spot, which presumably had been there for more than a hundred years.”

However, a new Dark Spot reared its head on the face of Neptune in 2015. While Simon’s team was busy analyzing Hubble images of this spot, they found some mysteriously-white clouds in the area where the Great Dark Spot used to be. Then, in 2018, a new Great Dark Spot splashed across its surface; it was nearly identical in size, shape, and position as the one seen in 1989, the team reports, right where those clouds used to be.

“We were so busy tracking this smaller storm from 2015, that we weren’t necessarily expecting to see another big one so soon,” Simon said.

These high-altitude white clouds, the team says, are made up of methane ice crystals. The team suspected they somehow accompany the storms that form dark spots, likely hovering above them the same way that lenticular clouds cap tall mountains here on Earth. 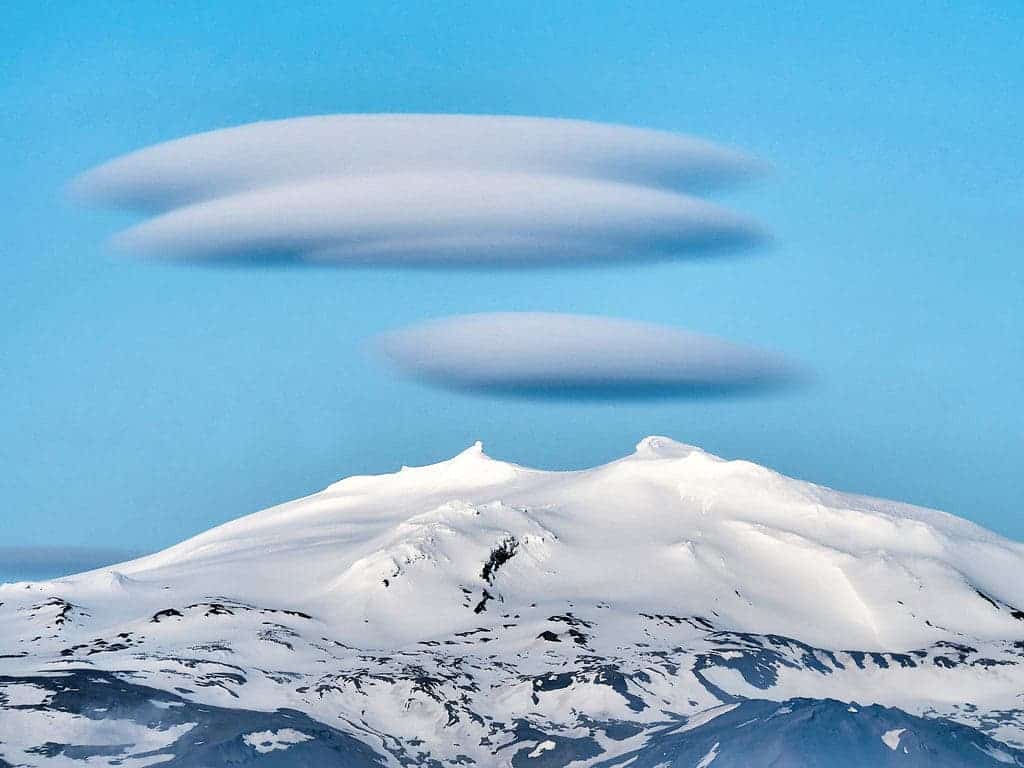 So the team set out to track these clouds from 2016 (when they were first spotted) to 2018 (when the Spot gobbled them up). They were brightest in 2016 and 2017, the team found, just before the new Great Dark Spot emerged. The team turned to computer models of Neptune’s atmosphere to understand what they were seeing. According to the results, these companion clouds are brighter over deep storms. The fact that they appeared two years before the Great Dark Spot and then lost some brightness when it became visible suggests dark spots may originate much deeper in Neptune’s atmosphere than previously thought, the team explains.

They also used data from Voyager 2 and Hubble to measure how long these storms last, and how frequently they occur, on which they report in a second study. Each storm can last up to six years, though most only survive for two, the paper reads, and the team suspects new storms appear on Neptune every four to six years or so. This last tidbit would make the Great Dark Spots of Neptune different from those on Jupiter, whose Great Red Spot is at least 350 years old (it was first seen in 1830).

Jupiter’s storms endure as they’re caged in by thin jet streams, which keep them from changing latitude (north-south) and hold them together. Neptunian winds flow in much wider bands, and instead push storms like the Great Dark Spot slowly across latitudes. They can generally survive the planet’s westward equatorial winds, and eastward-blowing currents close to the equator, before getting ripped apart in higher latitudes.

“We have never directly measured winds within Neptune’s dark vortices, but we estimate the wind speeds are in the ballpark of 328 feet (100 meters) per second, quite similar to wind speeds within Jupiter’s Great Red Spot,” said Wong.

Simon, Wong and Hsu also used images from Hubble and Voyager 2 to pinpoint how long these storms last and how frequently they occur. They report in a second study published today in the Astronomical Journal that they suspect new storms crop up on Neptune every four to six years. Each storm may last up to six years, though two-year lifespans are more likely, according to the findings.

The paper “Formation of a New Great Dark Spot on Neptune in 2018” has been published in the journal Geophysical Research Letters.