It’s not the same as a solar eclipse seen from Earth, but it’s still amazing. 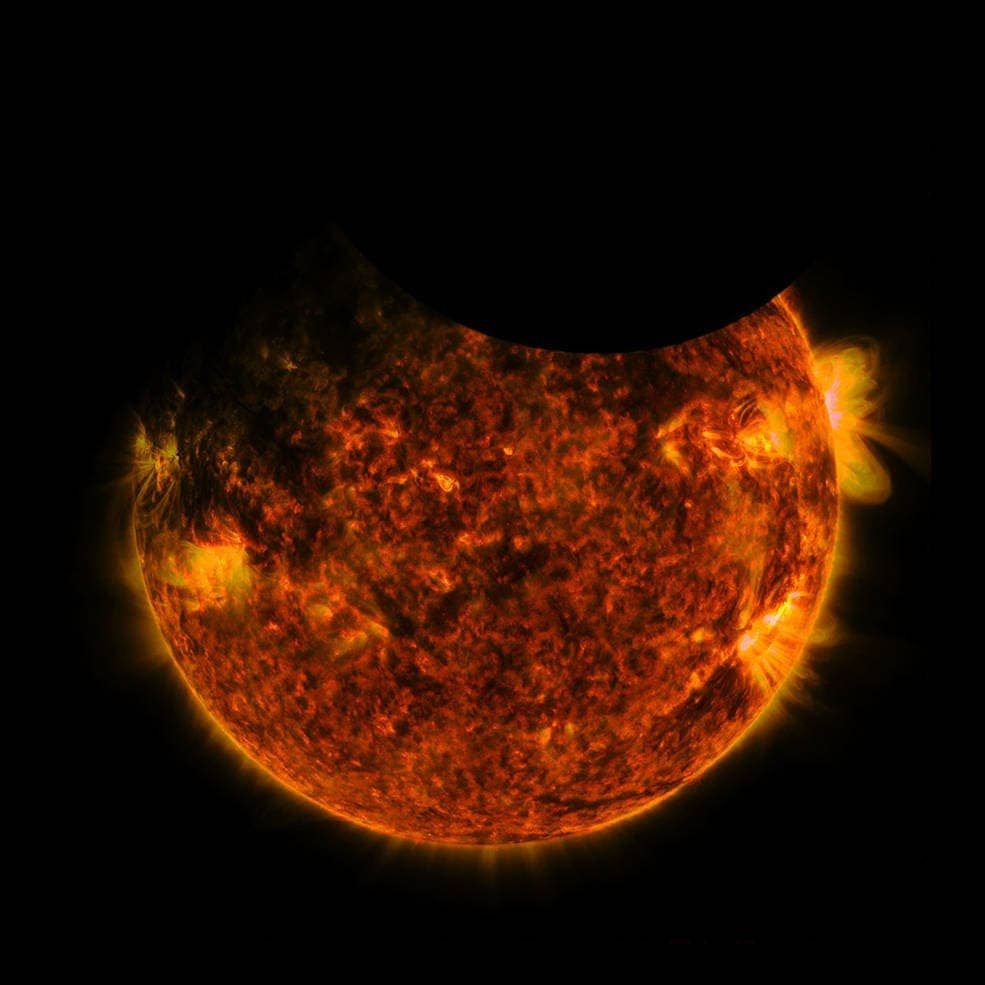 You can tell Earth and the moon’s shadows apart by their edges: Earth’s is fuzzy, while the moon’s is sharp and distinct. This is because Earth’s atmosphere absorbs some of the sun’s light, while the Moon has no atmosphere and produces a crisp horizon.
Credits: NASA/SDO

Twice a year, the Solar Dynamics Observatory (SDO) is in ‘eclipse season.’ Around that time, the observatory’s view of the sun is blocked once a day by the Earth. Sometimes, on rare occasions, both the Moon and the Earth pass between the SDO and the Sun, creating a double eclipse.

It looks even better if you know how to look at it. For example, you can tell the Earth and the moon’s shadows apart by their edges: Earth’s is fuzzy, because the atmosphere absorbs some of the light and creates an irregular shape, while the moon has virtually no atmosphere and produces a very crisp horizon.

“This particular geometry of Earth, the moon and the sun had effects on viewing down on the ground as well: It resulted in a simultaneous eclipse visible from southern Africa. The eclipse was what’s known as a ring of fire, or annular, eclipse, which is similar to a total solar eclipse, except it happens when the moon is at a point in its orbit farther from Earth than average. The increased distance causes the moon’s apparent size to be smaller, so it doesn’t block the entire face of the sun. This leaves a bright, narrow ring of the solar surface visible, looking much like a ring of fire.”

This is a video with additional explanations: