It’s like the Avengers and Justice League teaming up — except it’s real, and it’s all in the name of science. 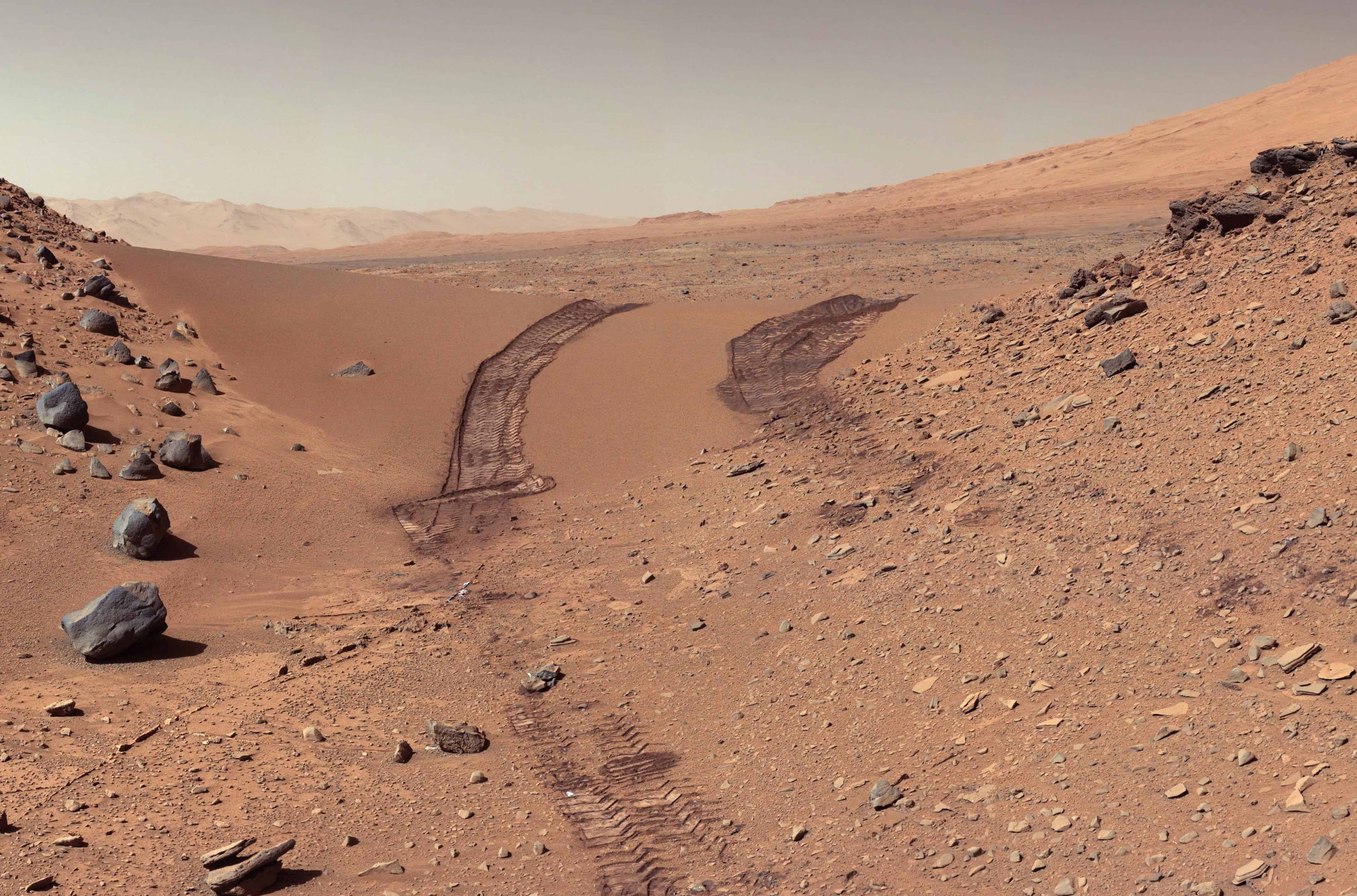 A look back at a dune that NASA’s Curiosity Mars rover drove over. Image credits: NASA / JPL.

NASA and the European Space Agency (ESA) have signed a statement of intent today to explore ways to bring martian soil samples back to Earth. The venture, which was announced at a meeting in Berlin, Germany, will allow us to better understand Mars’ geological history, but it won’t be easy.

Having orbiters around Mars and sending rovers to the surface of the planet taught us a great deal about what Mars is like, and what it was probably like in its geological past. However, there’s only so much information we can draw from remote probes. The next step would be to take the samples back to Earth where they could be analyzed by sophisticated labs, and where any results could be independently verified by several research centers.

If life existed (or still exists) on the Red Planet, it’s would probably be exclusively microbial in nature, and almost certainly underground, where it’s shielded from the devastating radiation. Analyzing soil samples could shed new light on that mystery, but it won’t be easy.

The project entails at least three missions: two launches from Earth and an unprecedented launch from Mars.

The first mission, NASA’s 2020 Mars Rover, will collect up to 31 surface samples in pen-sized canisters as it explores the Red Planet. In the same time period, ESA’s ExoMars rover, which is also set to land on Mars in 2021, will be drilling up to two meters below the surface, looking for evidence of life. The canisters will be filled and readied for a later pickup which is something the ESA calls “interplanetary geocaching.” The second mission would have a small fetch rover land nearby and pick up the samples, placing them in the so-called Mars Ascent Vehicle — a small rocket which can launch them into orbit. The third mission would have a Mars orbiter rendezvous with the samples, pick them up, and return to Earth, where the samples would be collected and quarantined for analysis.

David Parker, ESA’s Director of Human and Robotic Exploration, said that the ambitious mission could greatly benefit from a strong partnership between the European and American space agencies. He also outlined the importance of the mission.

“A Mars sample return mission is a tantalising but achievable vision that lies at the intersection of many good reasons to explore space.

“There is no question that for a planetary scientist, the chance to bring pristine, carefully chosen samples of the Red Planet back to Earth for examination using the best facilities is a mouth-watering prospect. Reconstructing the history of Mars and answering questions of its past are only two areas of discovery that will be dramatically advanced by such a mission.

“The challenges of going to Mars and back demand that they are addressed by an international and commercial partnership – the best of the best. At ESA, with our 22 member states and further cooperating partners, international cooperation is part of our DNA.”

In addition to finding out whether Mars hosts life or not, astronomers also want to establish a chronological baseline for the Red Planet, which is currently based on limited data and extrapolations from the Moon. Furthermore, this might help us understand the constraints that life requires in order to emerge and flourish. Lastly, the soil samples will help us answer an important question about a manned mission to Mars: how dangerous is the Martian soil? There are reasons to believe that it could be a major breathing hazard as well as a source of potential damage and erosion.