NASA released a new set of images of Ceres – and they’re a sight to behold. 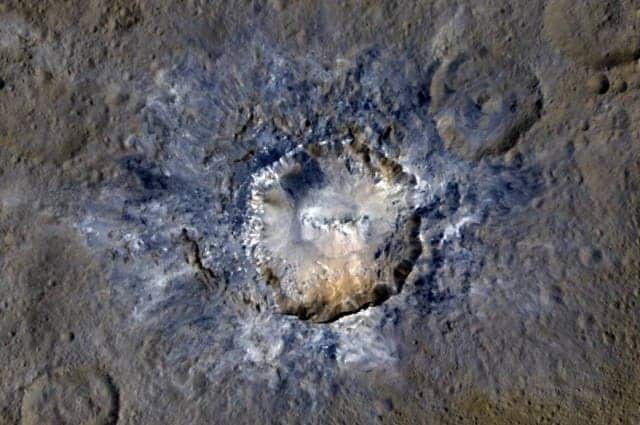 The pictures were taken by the Dawn spacecraft, a space probe launched by NASA in 2007 to study Vesta and Ceres. After spending time around Vesta and revealing a trove of valuable information about it, Dawn is now orbiting Ceres already providing some surprises.

“Ceres continues to amaze, yet puzzle us, as we examine our multitude of images, spectra and now energetic particle bursts,” said Chris Russell, Dawn principal investigator at the University of California, Los Angeles.

The image above is of the Haulani Crater, a surprisingly bright impact crater on Ceres. It was taken when Dawn was still in its high-altitude mapping orbit, about 1,480 kilometers (920 miles) above Ceres. Spectacular as this image is, it was made to look even better. The image has been color enhanced, and the blueish streak you see is not the natural color of the crater.

“Haulani perfectly displays the properties we would expect from a fresh impact into the surface of Ceres. The crater floor is largely free of impacts, and it contrasts sharply in color from older parts of the surface,” said Dr. Martin Hoffmann of the Max Planck Institute for Solar System Research, Germany, in a statement. 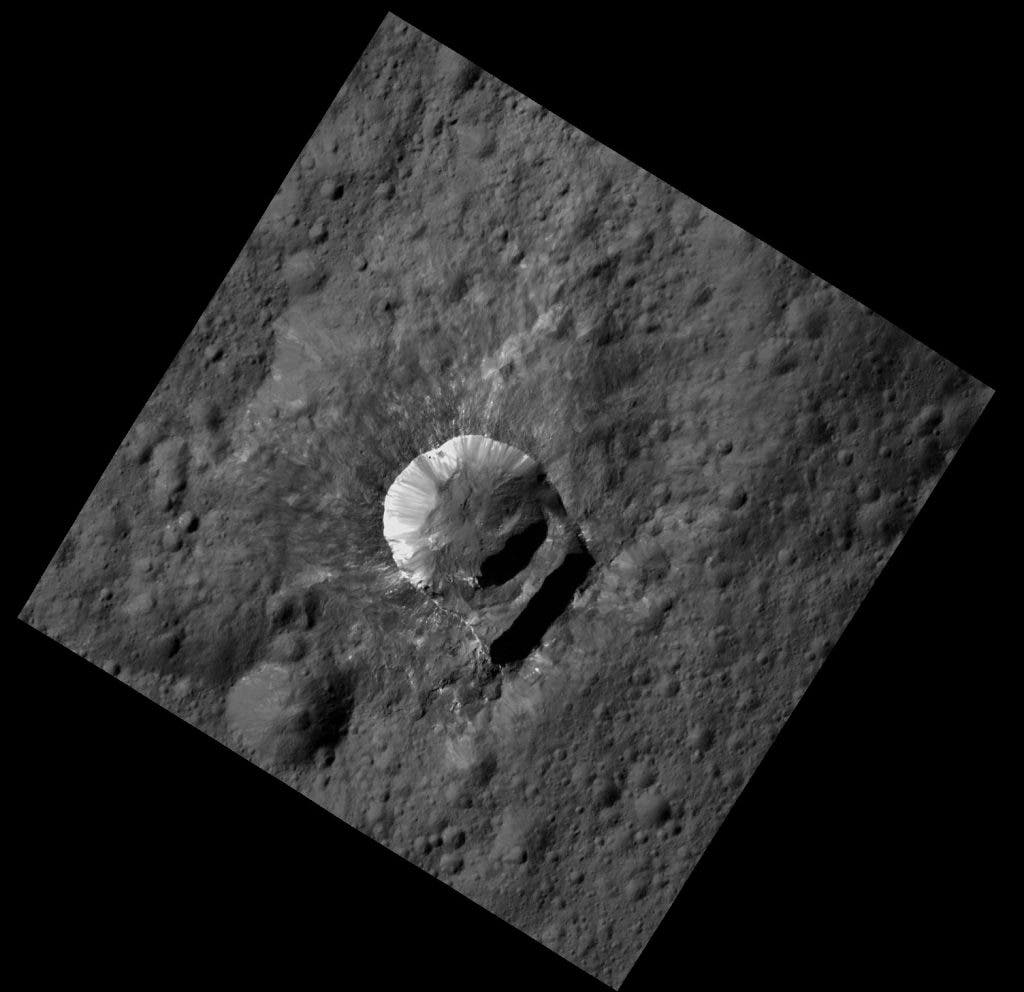 Oxo Crater with the “slump” to the bottom right. NASA/JPL-Caltech/UCLA/MPS/DLR/IDA/PSI

Another intriguing picture was snapped of the Oxo Crater, the second brightest feature on Ceres. Minerals on the bottom of this crater appear to be different than on the rest of the protoplanet, and astronomers want to study it in more detail in the future.