NASA is working on ways to bring Curiosity’s rock-boring machine back to life. 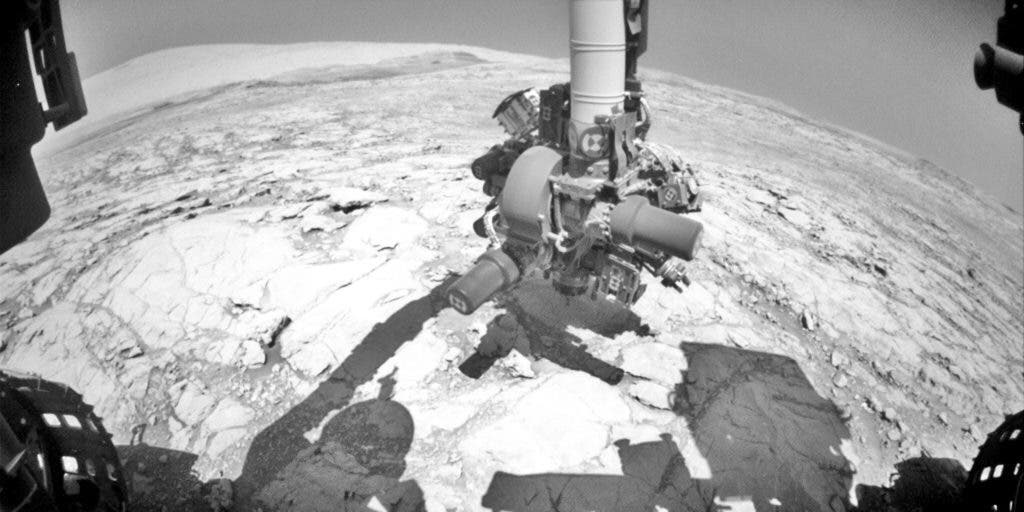 NASA’s Curiosity Mars rover conducted a test on Oct. 17, 2017, as part of the rover team’s development of a new way to use the rover’s drill. Credit: NASA/JPL-Caltech.

When Curiosity landed on Mars, it enabled us to study Mars in a whole new way. It showed that the Red Planet might have been habitable for hundreds of millions of years, found traces of water, and studied how the planetary environment changes during time. Many of those discoveries were owed to its drilling mechanism, which allowed Curiosity to sample Mars beneath its surface. However, the rugged Martian environment started taking a toll on the brave rover. First, its wheels started giving in. Then, a shortcircuit rendered its arm useless. Lastly, its drill started failing. In 2016, the drill stopped functioning. Not only did it stop functioning, but it seemed to jeopardize the entire mission.

“Unless you do something about it, all hell breaks loose electronically, because it takes our power bus and rattles it around,” Curiosity chief engineer Rob Manning, of NASA’s Jet Propulsion Laboratory in Pasadena, Calif., told SPACE.com in a video interview. “It’s almost like the drill grabs the rover and shakes the whole thing electronically.”

However, after a few months, NASA now has reasons to believe that they can use the drill bit, although in a different way than they did before. It took a bit of creative tinkering, but significant progress has been reported.

“We’re steadily proceeding with due caution to develop and test ways of using the rover differently from ever before, and Curiosity is continuing productive investigations that don’t require drilling,” said Deputy Project Manager Steve Lee, of NASA’s Jet Propulsion Laboratory, Pasadena, California. 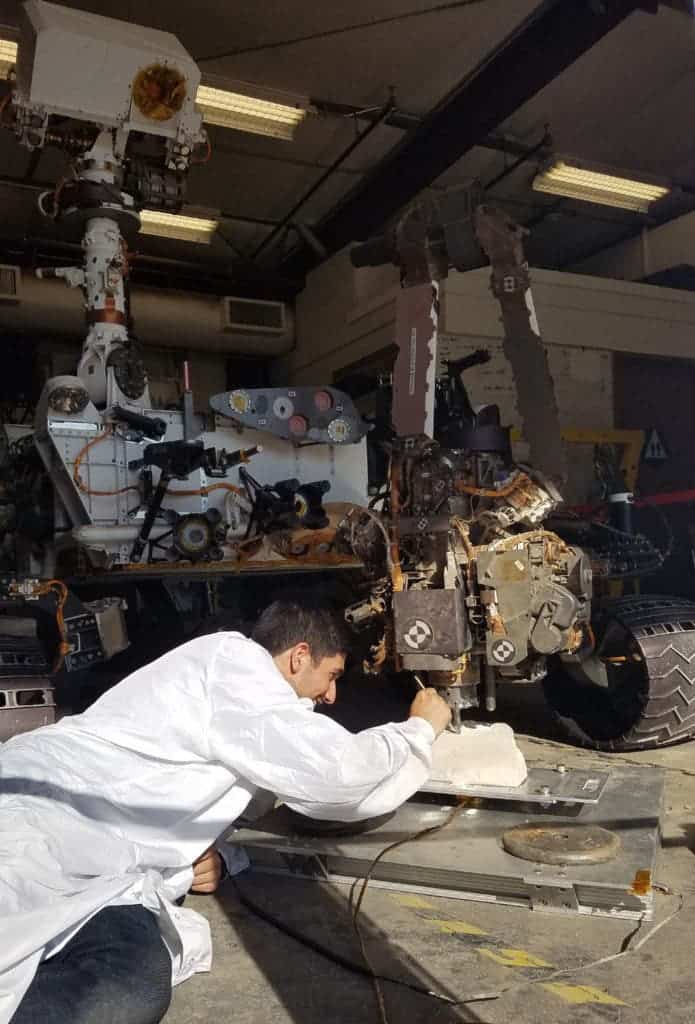 The team operating NASA’s Curiosity Mars rover is developing innovative techniques that the rover might be able to use to resume drilling into rocks on Mars. Credit: NASA/JPL-Caltech.

The drilling stabilizers are still not functioning, but NASA engineers have now placed the drill on the ground, applying smaller sideways forces while taking measurements with a force sensor. The sensor lets the team know how much the drill is pressing down and sideways — avoiding too much sideway force is crucial to ensure that the drill doesn’t get stuck in rock or breaks off.

“The development work and testing here at JPL has been promising,” Lee said. “The next step is to assess the force/torque sensor on Mars. We’ve made tremendous progress in developing feed-extended drilling, using the rover’s versatile capabilities beyond the original design concepts. While there are still uncertainties that may complicate attempts to drill on Mars again, we are optimistic.”

So far, results have been promising and engineers are optimistic, but even if everything goes according to plan, it will still be a few months before Curiosity starts drilling again.