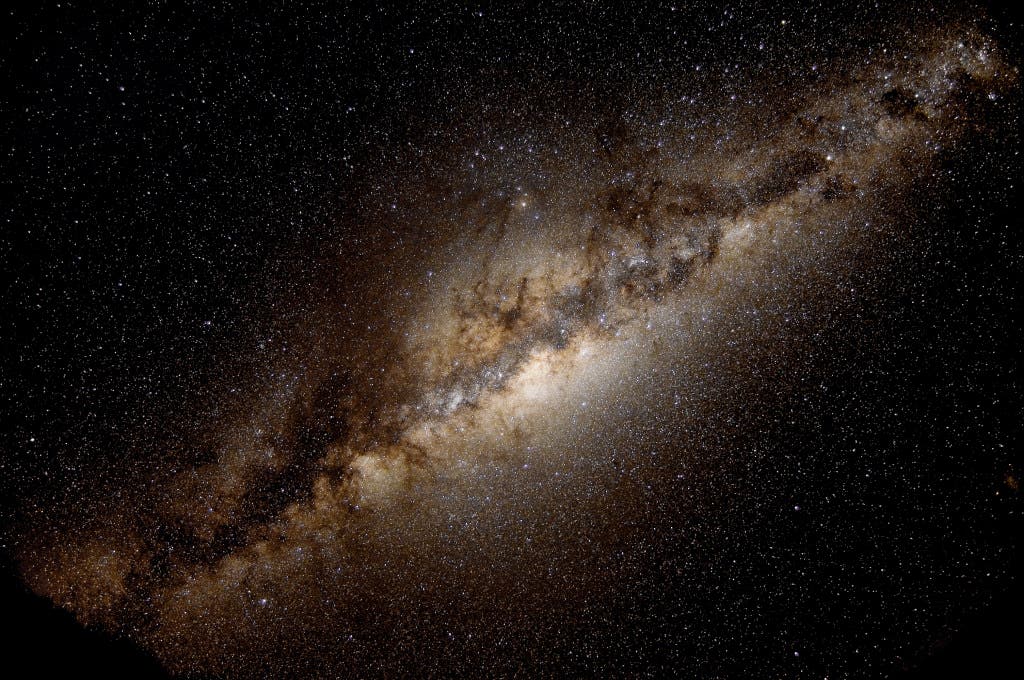 In a novel and highly praised research, a team of astronomers have managed to estimate the mass of our host galaxy with unprecedented accuracy, findings suggesting it is in the order of 1,6 trillion suns.

Astronomers estimate there are between 200 and 400 billion stars in the milky way. Estimating the mass of the Milky Way solely based on star masses would make it an easy task, however there are many more entities besides stars that contribute to the galaxy’s mass, hampering research to a sluggish extent. For one, the Milky Way, like any other galaxy, is covered in a dark halo of matter which far outweighs the collective constitutive stars. Since this halo is invisible, calculations are very difficult to be made.

By harnessing an extremely ingenious method, however, Sangmo Tony Sohn of the Space Telescope Science Institute and colleagues were able to provide a widely accepted estimate of the Milky Way’s mass by studying one of its most outer orbiting satellite galaxies. The Milky Way has two dozen or so satellite galaxies that orbit the supermassive blackhole lying at its center. By studying the orbits of these satellite galaxies, including its velocity and radius, scientists can infer the mass of both the satellite and host galaxy.

The prime study candidate is the satellite galaxy “Leo I”, which is the most distant located some 850,000 light-years from the Milky Way’s center, while also moving extremely fast. These two characteristics made it an ideal object to study, since being the farthest satellite galaxy, it fits all of the Milky Way’s dark halo inside its orbit. If it’s a satellite galaxy in the first place, that is. And exactly here, in this rather tricky judgement call, that the technique allows for mass inference. If the Milky Way has enough mass, then Leo I will indeed orbit it, if not then Leo I isn’t a satellite and is just …passing by. 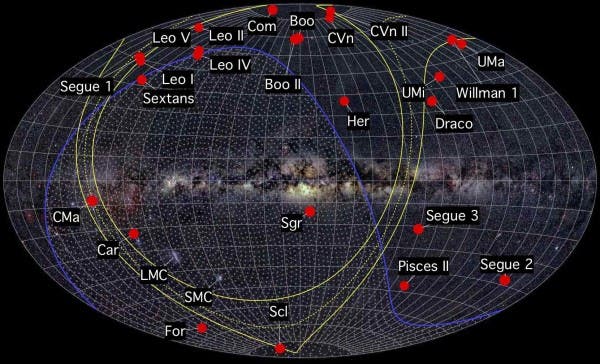 A diagram of the known Milky Way satellites and their orbits. Detailed information can be found here.

In order to deduce Leo I’s path through space, the scientists first determined its Doppler shift – indicating a forward or backward motion along our line of sight – however they then had to determine its proper motion as well —the change in the galaxy’s position from one year to the next. To this end, Sohn and colleagues used the Hubble Space Telescope to compare Leo I’s position in 2006 and 2011 with more than a hundred background galaxies.

Finally, the researchers were able to estimate that Leo I orbits the Milky Way at 200 kilometers per second, which is roughly comparable with the velocity of our own sun orbiting the Milky Way’s center, only Leo I is 30 times the distance farther. To sustain such a velocity at such a distance requires a lot of extra mass.

“It’s a powerful piece of work,” says Timothy Beers, the director of Kitt Peak National Observatory, who was not affiliated with the research. “It strikes me as utterly amazing that we have instruments that can measure proper motions that far away.” Scott Tremaine, an astronomer at the Institute for Advanced Study, agrees: “The measurement of the proper motion really is a tour de force.”

To find out how much extra mass exactly would be required, an accompany study lead by Michael Boylan-Kolchin of the University of California, Irvine performed a simulation of how giant galaxies such as the Milky Way grow by swallowing lesser galaxies, finding that dwarf galaxies moving as fast as Leo I are almost always bound to the giants, which means Leo I is a true satellite. Long story short, Boylan-Kolchin and team estimated that the Milky Way’s mass is of around 1.6 trillion suns or quite a bit larger than previously believed.

Findings were reported in the Astrophysical Journal.