At some point, humans might settle Mars. But according to an evolutionary biologist, babies born on the Red Planet will look, function, and behave dramatically different from Earthlings — and all within a few generations. 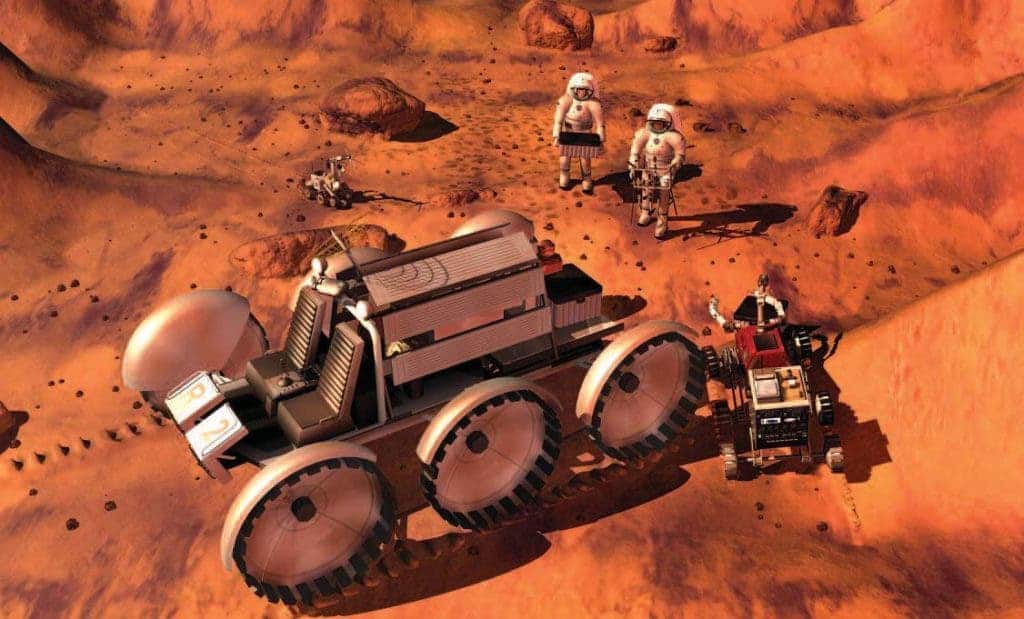 Tech entrepreneurs and technologists like Elon Musk or Jeff Bezos love to talk about our species’ future as a multi-planetary species. And to be fair, they’re actually making important contributions to turn this vision into a reality. But while there’s a lot of focus on the technology that might take us to places such as Mars, not nearly as much thought seems to be given to what happens once we actually get there.

Mars is the most Earth-like planet in the solar system, so it makes sense to make it the first target for an off-world colony. Similar to Earth, Mars has a pair of polar ice caps. Its north pole is made up of a sheet of ice water that is 1.8 miles thick. The sheet at the opposite pole is even thicker, and made mostly of carbon dioxide ice.

There are also important differences between the two worlds. The planet is smaller than ours, with a diameter of approximately 4,200 miles, and the air is comprised mainly of carbon dioxide — it makes up 95 % of the atmosphere. Temperatures on Mars regularly reach a chilling -195 degrees Fahrenheit (-125 degrees Celsius), making living on its surface virtually impossible.

Mars used to support volcanic activity (Mars is home to the largest volcanoes on any planet in our solar system) during a time when water in its liquid phase is believed to have been quite plentiful. In addition, Mars had a thick atmosphere and a magnetic field which would have been capable of shielding the cold surface from dangerous levels of radiation — but not anymore.

Any human colonists settling Mars would have to be confined to a relatively small habitat where they’d be subject to significantly higher radiation and more difficult living conditions than on Earth. In time, natural selection would amplify certain traits in the Martian population that would considerably differentiate humans born on the Red Planet from Earthlings. And according to Scott Solomon, a Rice University professor of evolutionary biology, this could happen within just a couple of generations.

“Evolution is faster or slower depending on how much of an advantage there is to having a certain mutation,” Solomon told Inverse. “If a mutation pops up for people living on Mars, and it gives them a 50-percent survival advantage, that’s a huge advantage, right? And that means that those individuals are going to be passing those genes on at a much higher rate than they otherwise would have.”

Among other things, Solomon expects Martians will develop the following traits:

These changes could happen very quickly, spurred by radiation which enhances genetic mutations, but also by artificial means through gene editing tools like CRISPR/Cas9.

According to Solomon, the ideal human colony should number around 100,000 people from all corners of the globe, especially those from Africa who are the most genetically diverse. This is in order to ensure a healthy genetic diversity.

Some hope that we might one-day terraform Mars to make it a second Earth. But even if such an ambitious undertaking were possible, it would still take centuries to complete — ample breeding time for Martian settlers to comfortably drift away from humanity.

You can learn more about how humans on Mars might change over the generations from Solomon’s 2018 TEDx speech.