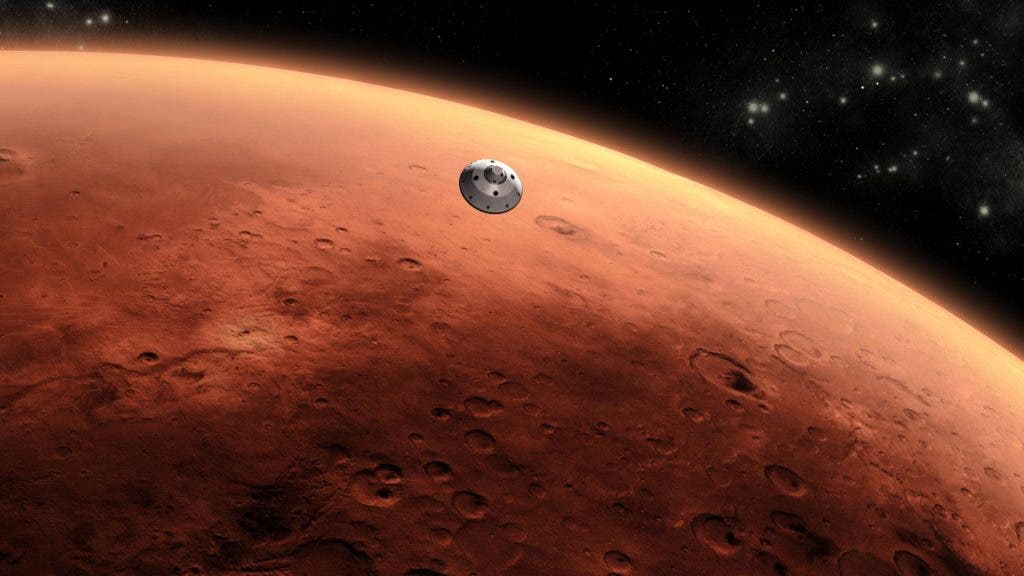 Mars hasn’t been enjoying the fairest weather as of late. A massive dust storm has engulfed Perserverence Valley, pinning NASA’s Opportunity rover in place; all the dust is blocking out sunlight, preventing the bot from recharging its batteries — so much so that ground control fears it might freeze out, as its dwindling power supply can’t feed the rover’s inbuilt heaters.

According to NASA, the weather is only getting worse. The dust storm has grown in size and is inching in even on the Curiosity rover, half a Mars away from the beleaguered Opportunity. The storm has officially become a “planet-encircling” or “global” dust event.

NASA reports that dust is rapidly and steadily settling down on Curiosity. The quantity of dust settling on the rover has more than doubled over the weekend, they note. The storm’s light-blocking factor, or “tau”, has grown to over 8.0 above Gale Crater (where Curiosity is currently rovering about) — the highest value the bot has ever recorded during its mission. For context, Opportunity is experiencing 11 tau, a value high enough to prevent its instruments from making any accurate measurements.

However, NASA is confident Curiosity will remain unaffected by the grime. Unlike its cousin, it draws power from a nuclear reactor, so the lack of light isn’t really a big issue. Curiosity’s cameras are having a hard time, however, as the lack of light means it has to use long exposure times. NASA is having it point its cameras down at the ground after each use to reduce the amount of dust blowing at its lenses.

However, there’s a silver lining. Because Curiosity can keep functioning in the storm, NASA hopes to use the rover to understand the phenomenon better. One of the main questions they want to answer is why some Martian dust storms remain small and stall before a week has passed, while others grow and grow and last for months.

Together with the craft in orbit around Mars, Curiosity will collect data on the storm to help patch up our understanding.

This animation, pieced together from pictures taken by Curiosity’s Mast Camera, shows the weather darkening over Mars. The rover is currently standing inside Gale Crater, and peeking its camera over its rim. The photos were taken over a few weeks, with the first one snapped before the storm appeared.
Image credits NASA.

The images above were taken roughly 30 kilometers (18.6 miles) away from the storm. The haze is about six to eight times thicker than what’s usual for this time of the Martian year, NASA estimates.

Dust storms on Mars are actually quite commonplace. Surprising for a dusty planet, I know. They’re especially frequent in the southern hemisphere during both spring and summer months (Mars’, not the ones on Earth). These are the months during which Mars is closest to the Sun, and the temperature imbalances in the atmosphere generate winds that mobilize dust grains (this dust is about as fine as talcum powder). Carbon dioxide ice (dry ice) embedded in the planet’s polar ice caps also evaporates during these months, making the atmosphere extra-thick — this increased pressure helps suspend dust in the air. Dust clouds have been spotted up to 60 kilometers (40 miles) high.

However, Martian dust storms don’t usually cause a ruckus. They tend to hang out in a confined area and dissipate within a week. By contrast, the current storm is bigger than North America and Russia combined, according to Guzewich. It’s even more impressive when you consider the size of Mars relative to Earth: 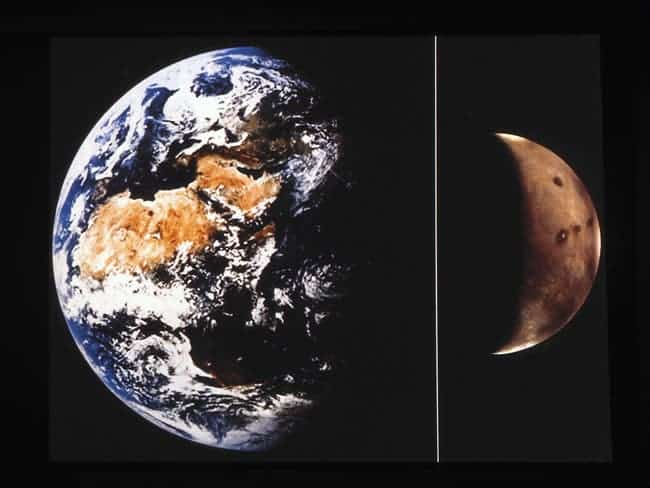 Mars (diameter 6790 kilometers) is only slightly more than half the size of Earth (diameter 12750 kilometers). The image shows the true relative size between the two planets.
Image credits Viking Orbiter Views of Mars, NASA SP-441, p. 14.

The size difference is one of the elements that allows Martian dust storms to grow to such immense sizes. Earth’s gravitational pull is almost double that of Mars, which helps settle the dust. Vegetation also binds the soil, preventing particles from getting airborne, and rain washes whatever gets in the atmosphere back down.