There seems to be consisting evidence supplied both by past and recent rover missions – like the ever sturdy Opportunity, the eager newcomer Curiosity – and the Mars Reconnaissance Orbiter – a spacecraft currently hovering over Mars – that our neighboring red planet was once most likely covered by oceans and lakes and was layered by a thick atmosphere, very much similar to Earth. Kevin Gill, a New Hampshire software engineer, digitally painted how Mars might have looked like some two billion years ago using scientific data and human imagination – the end result is strikingly provocative and stunning at the same time. 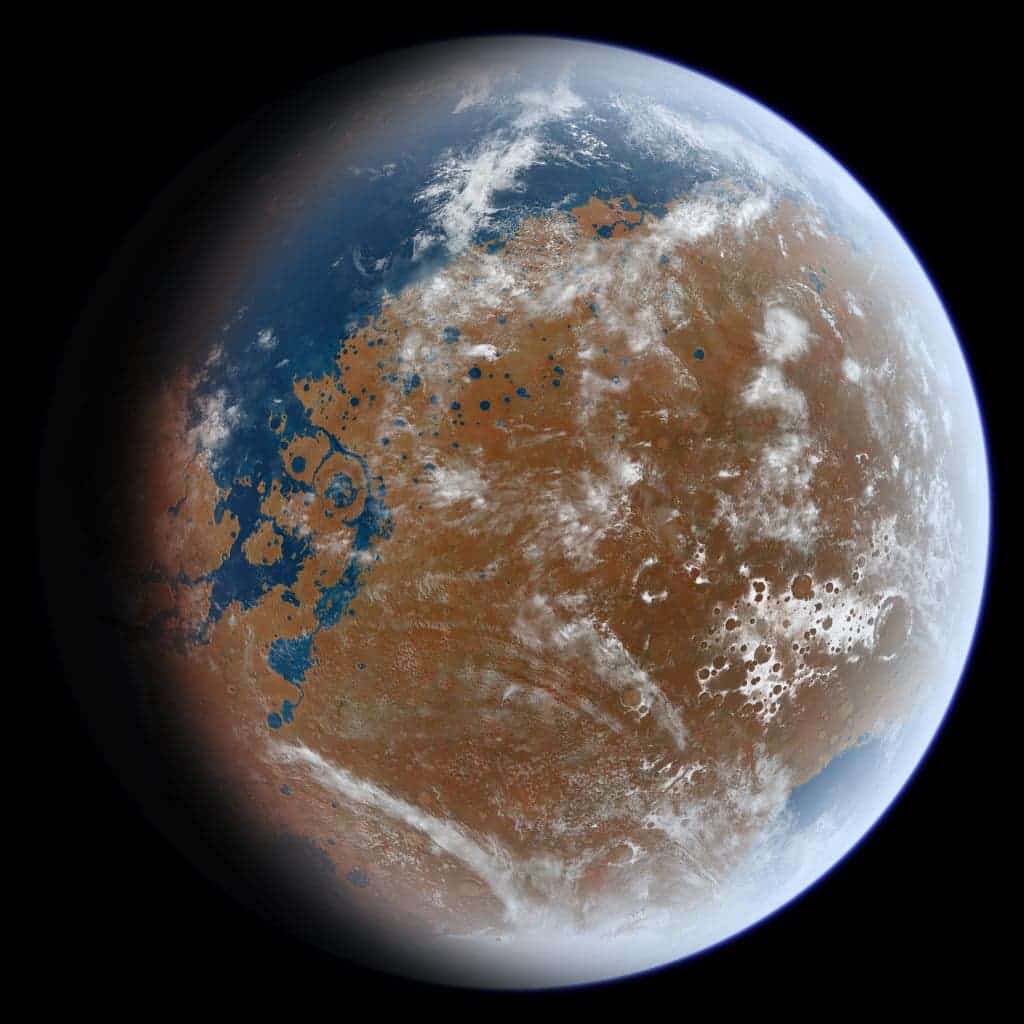 An artist’s impression of what ancient Mars may have looked like, based on geological data. Image by Ittiz.

Gill used an open-source geospatial program to design the terrain for the “paradisaical” Mars, while atmosphere and vegetation features were added based on NASA’s Blue Marble: Next Generation imagery. The painting’s geological features were plotted based on genuine elevation data from topographical NASA mappings. Countless surveys have revealed Mars’ surface was layered with river deltas, gullies, and oceanic coastlines. Also, previous findings suggest that Mars was once covered in a thick atmosphere, which gradually became ever thinner from the lack of a magnetic field. Concerning the vegetation, clouds and other features painted in these quite exquisite views, these were all based on Gill’s artistic impression of how Mars might have looked like in its heyday.

“There is no scientific reasoning behind how I painted it; I tried to envision how the land would appear given certain features or the effects of likely atmospheric climate. For example, I didn’t see much green taking hold within the area of Olympus Mons and the surrounding volcanoes, both due to the volcanic activity and the proximity to the equator,” Gill says.

“This wasn’t intended as an exhaustive scientific scenario as I’m sure (and expect) some of my assumptions will prove incorrect,” Gill continued. “I’m hoping at least to trigger the imagination, so please enjoy!”

As presented above, Mars would definitely be capable of harboring life, although no one is currently capable of positively asserting that life was or is presented on the red planet – so far. This is what Curiosity is tasked with and this is why we’re so keen on following the rover’s every step. Maybe an even more interesting idea inevitably pops when looking at these dazzling photos – can we, humans, turn these stunning views of Mars into reality through terraforming?

The image below is an actual rendition of Mars as seen from space captured by the Mars Global Surveyor in 1999. 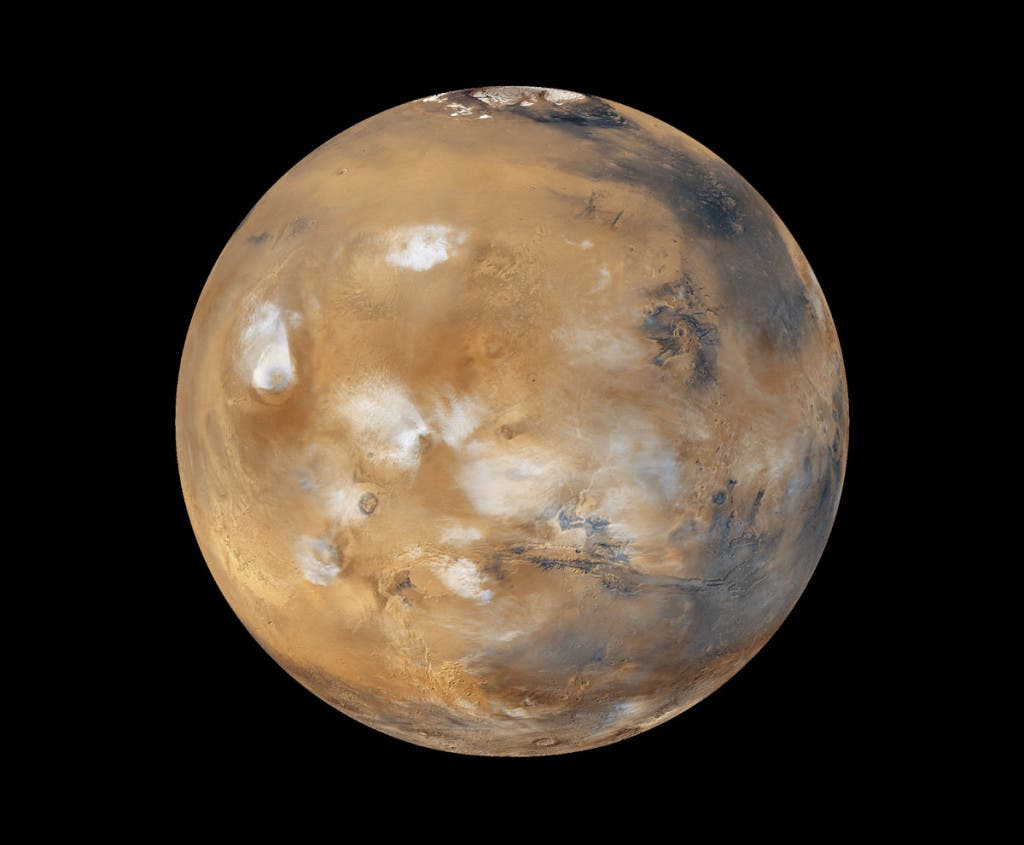 4 thoughts on “Mars covered in oceans of water: how the red planet might have looked billions of years ago [FANTASTIC PHOTOS]”