If you’ve ever wanted to plan a hiking trip on the Moon, now you have the perfect opportunity: a gorgeous pair of new lunar maps – the Image Mosaic and Topographic Maps of the Moon – is now available online for everyone to see and download. 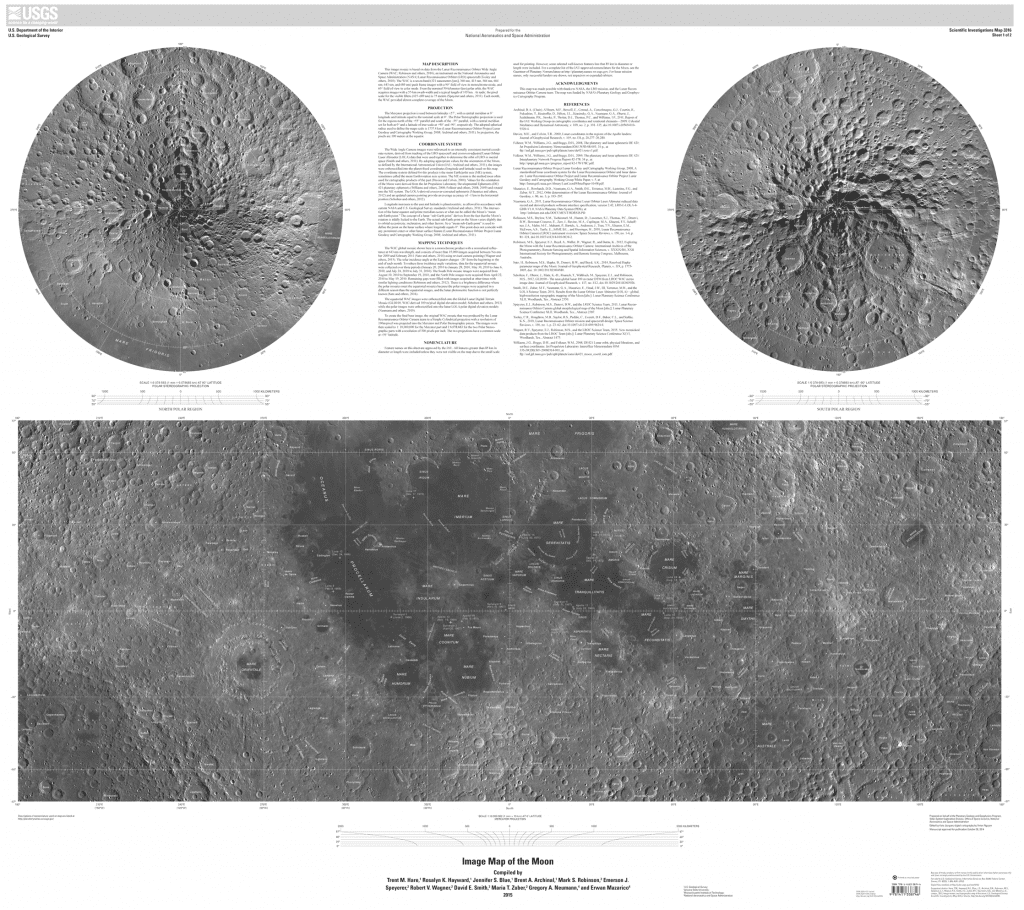 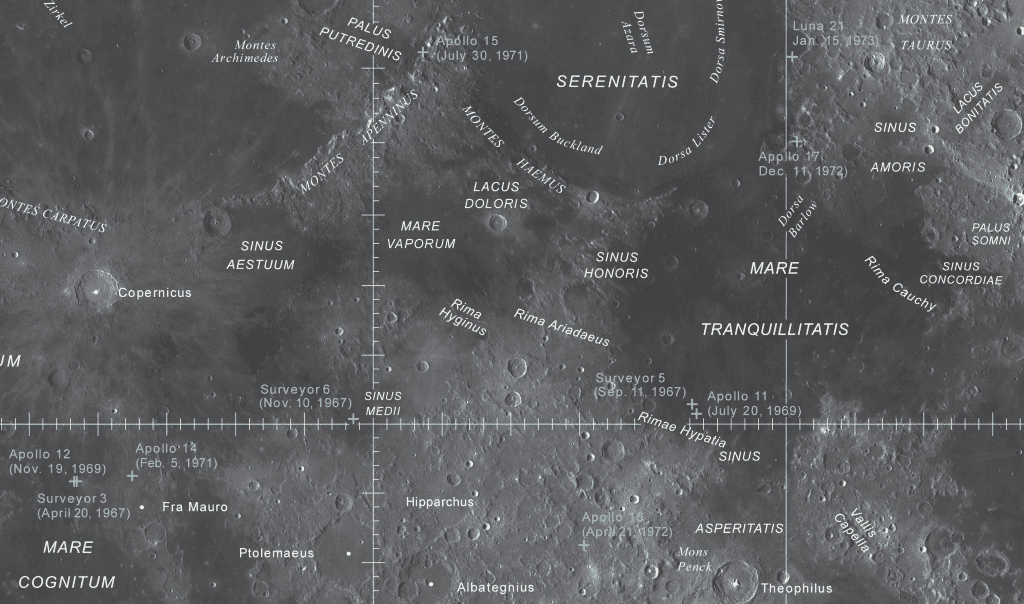 This figure is a close-up of the Image Map of the Moon showing the Apollo landing sites and some other successful landed missions near them. Copernicus crater, a 96 km diameter crater, is on the left. The figure is centered at about 11° east longitude and +9° latitude. Photo Credit: USGS/NASA/ASU

To me, it’s mind blowing that we have so high quality maps of the Moon – it’s the perfect thing to print and put up on your wall, I’ll definitely do one too (as soon as we fix the printer, that is). They were constructed using images and topographic (elevation) data from NASA’s Lunar Reconnaissance Orbiter (LRO), which has been orbiting the Moon since 2009. The first map is an image mosaic based on data from the Wide Angle Camera (WAC), a camera onboard the LRO.

“Images from the LRO Camera have greatly advanced our knowledge of the Moon,” said Dr. Mark Robinson, the principal investigator for the LRO Camera and professor at Arizona State University. “High resolution images have revealed very young lunar volcanoes ten to 100 million years old, contrary to conventional wisdom which suggests that lunar volcanism ceased between one and two billion years ago.”

The second map is based on topographic data from the Lunar Orbiter Laser Altimeter (LOLA), another instrument onboard the LRO. 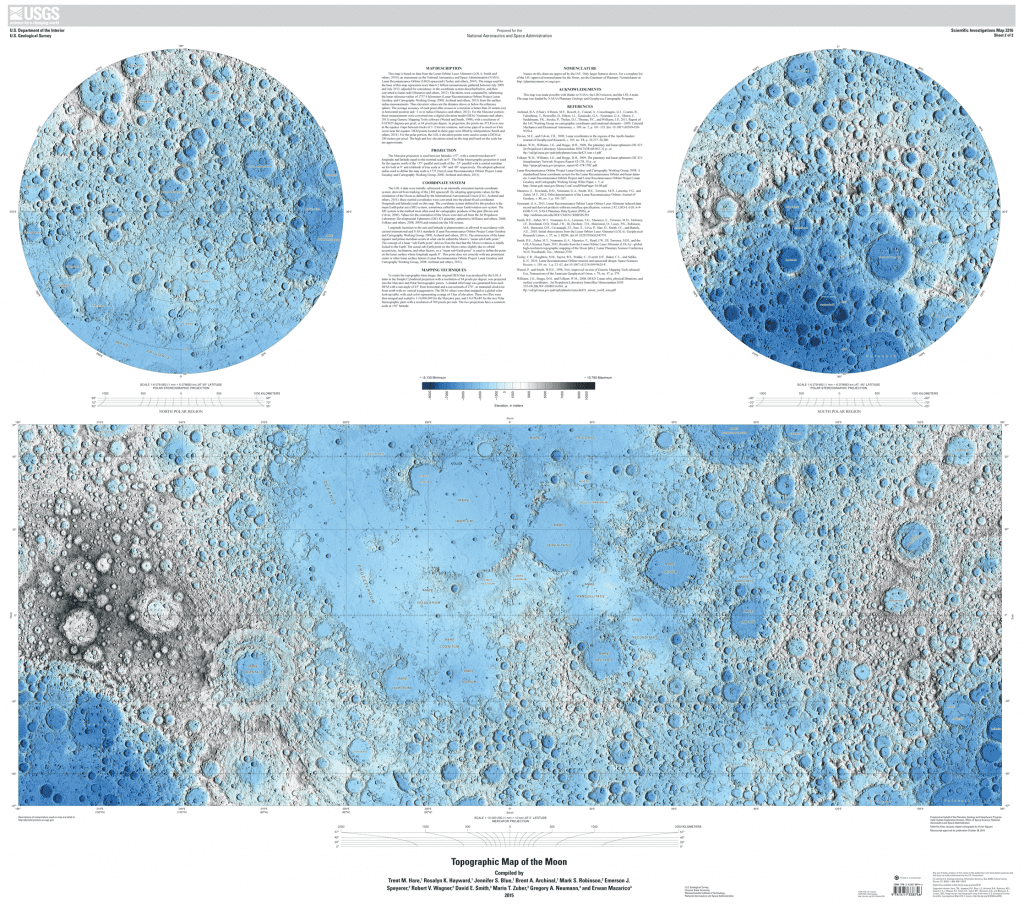 “The LOLA data are a foundational dataset to be used in multiple types of studies for years to come,” said Dr. Erwan Mazarico, a co-investigator for the LOLA instrument. “The exceptional quality of the topographic map is a direct result of the large amount of data LOLA has collected over several years.”

“One of the last NASA published global maps of the Moon was NASA’s 1979 Lunar Chart (LPC-1), and this new public release product updates the Lunar ChartQ in several important ways,” said Brent Archinal, a scientist at the USGS Astrogeology Science Center.