Two mysterious objects which erupted into dramatic X-ray bursts have been detected, and astronomers are hard at work trying to understand just what they are. 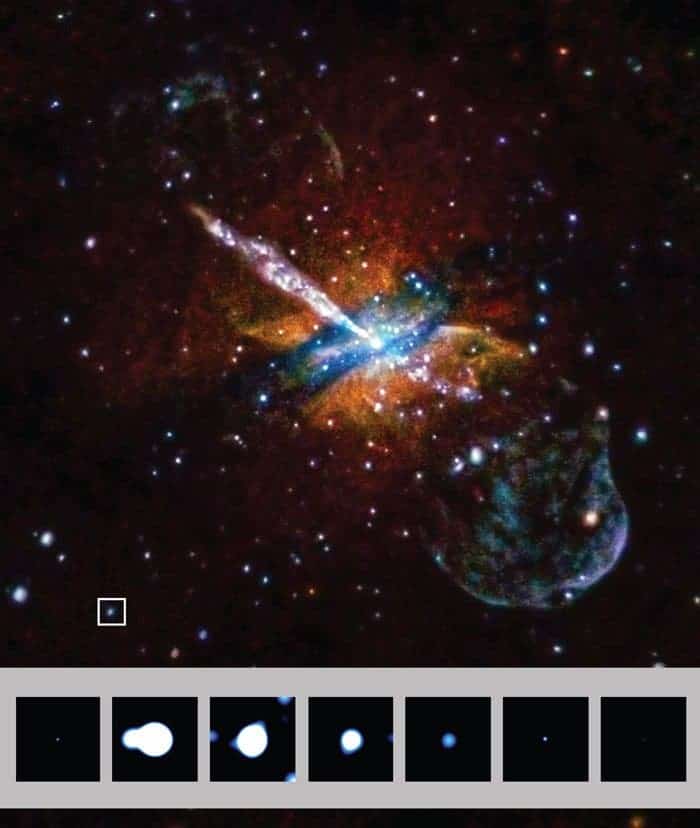 University of Alabama astronomer Jimmy Irwin set out to look for unusual X-ray activity following the detection of an extremely bright flaring near the NGC 4697 galaxy. The flaring took place in 2005, but nobody had any idea what caused it. So Irwin and his team set to work on finding similar phenomena by shifting through archival data collected by NASA’s Chandra Observatory recording 70 different galaxies. The team found two X-ray sources in two different galaxies that might be the same thing as the mysterious NGC source.

At their peak emissions, these objects qualify as ultraluminous X-ray sources (ULX). However, their flaring behavior doesn’t resemble anything we’ve seen up to now, leaving astronomers quite baffled.

“We’ve never seen anything like this,” says astronomer Jimmy Irwin from the University of Alabama. “Astronomers have seen many different objects that flare up, but these may be examples of an entirely new phenomenon.”

While that could make it sound that the flares take place only rarely, it may not necessarily be the case. Since Chandra has had a limited amount of time to look at each galaxy, these events could be taking place much more frequently, and we’d have no way of knowing about them. They could go off every day, and we’d have no idea.

“These flares are extraordinary,” says co-author Peter Maksym from the Harvard-Smithsonian Centre for Astrophysics. “For a brief period, one of the sources became one of the brightest ULX to ever be seen in an elliptical galaxy.”

The most similar activity to these flarings come from magnetars, young neutron stars with hugely powerful magnetic fields. When these “pop”, however, the X-rays decline in just a few seconds after the burst. These mysterious sources build-up more slowly, taking about a minute to peak, then taking about an hour to decline. From what we know to date, the phenomena seems to originate from normal binary systems, which are composed of a black hole or neutron star accompanied by a regular star just like our Sun. Whatever their source may be, the bursts don’t seem to disrupt the systems in which the sources are located.

So while we don’t know for sure what causes these bursts, astronomers have advanced a few theories. It’s possible that the X-rays are generated by matter being sucked from the companion star into the black hole or neutron star. Whatever the case may be, scientists are now eager to get to the bottom of the truth — especially since the NGC 4697 outbursts don’t seem to have been a fluke.

“Now that we’ve discovered these flaring objects, observational astronomers and theorists alike are going to be working hard to figure out what’s happening,” says Gregory Sivakoff from the University of Alberta.

The full paper titled “Ultraluminous X-ray bursts in two ultracompact companions to nearby elliptical galaxies” was published in the journal Nature.