Space may be the final frontier, but it may have also been the first. 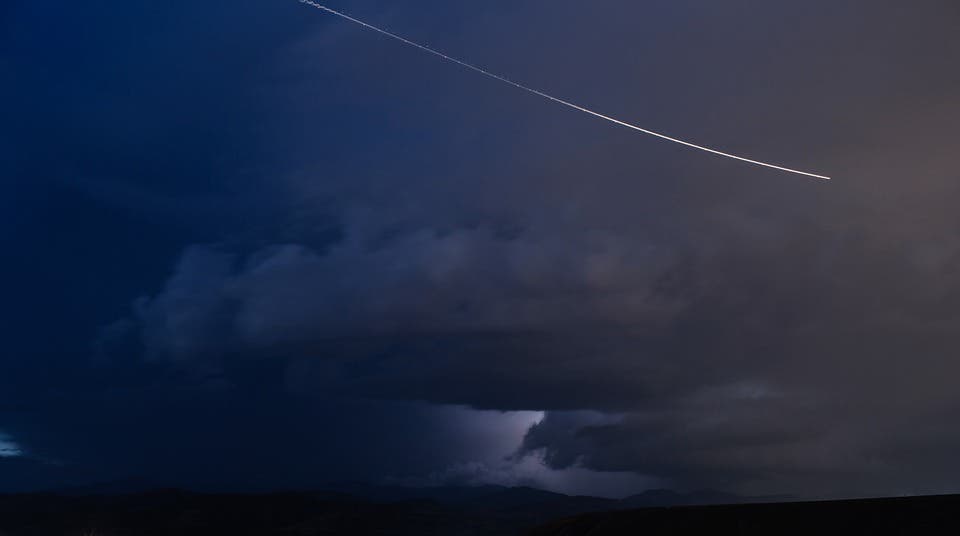 Researchers at NASA’s Ames Research Center found new evidence in support of the view that asteroids carried the basic ingredients of life to Earth. In a new study, they report that such compounds can spontaneously form in the conditions of outer space with substances commonlt found the interstellar medium.

From whence we came. Maybe

We actually don’t know that much about how life started on Earth. In fact, we don’t even know if life started on Earth — at least, not its constituent parts. Two main theories compete in this regard. One holds that life emerged in hot springs or deep-sea thermal vents because such areas are rich in the right ingredients. The other states that those ingredients formed up there (way up there) and then crash-landed on the planet on the back of meteorites or comets.

The Ames Research Group team found evidence supporting the latter. They found that one of the fundamental building blocks of life — sugars — can and will spontaneously form in outer space. Sugars are important both from a nutritional value (they pack a lot of energy) as well as a biochemical one: 2-deoxyribose, for example, is a fundamental component of DNA (and also a sugar).

In a lab setting mirroring conditions in outer space, the team managed to spontaneously create 2-deoxyribose. The team cooled a sample of aluminum substrate in a freezer and cooled it down to nearly absolute zero. Afterward, they placed the sample in a vacuum chamber; all in all, this rig was a close simulation of conditions in deep space, they report.

Next, the researchers pumped small quantities of a water and methanol gas mixture similar to that found in the interstellar medium (to simulate its chemical makeup) and blasted the whole thing with UV light (to simulate radiation levels in outer space).

Initially, the test seemed to be a dud — only water ice formed on the sample. After a while, however, the strong UVs melted it down, and subsequent chemical analysis revealed that a small quantity of  2-deoxyribose had formed along with some other sugars. Fresh on the scent, the team then analyzed samples from several carbonaceous meteorites. They found traces of alcohols and deoxysugar acids on these space rocks which.

Although that’s not exactly 2-deoxyribose, the team notes their samples were drawn from a small number of meteorites. It’s quite possible, they add, that others would carry traces of these substances.

The findings add more weight to the to the theory that life got jump-started by space-stuff. However, that isn’t to say it’s definitive proof, or that the two scenarios didn’t take place at the same time, or in tandem. It is, however, a good indicator that the chemical building blocks of life are out there and, given the right environment, they can lead to life.

The paper “Deoxyribose and deoxysugar derivatives from photoprocessed astrophysical ice analogues and comparison to meteorites” has been published in the journal Nature Communications.