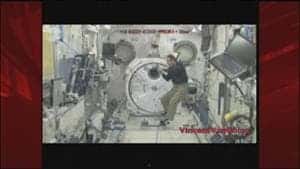 Baseball is typically a team sport, but for innovative scientists like the ones staged at the International Space Station, there aren’t such things as rules; maybe just the laws of physics. During his six month stay on the International Space Station (ISS), 47-year-old Japanese astronaut Satoshi Furukawa decided to kill time by indulging himself into one of America’s favorite pastime.

Space can be a very lonely, and playing baseball by yourself might seem rather lame, for lack of a more meaningful word, however when zero gravity is at play, things take a turn for the highly interesting. Just check out Satoshi pitch, bat and catch all at the same time.

In his NASA bio, Furukawa lists baseball among activities he enjoys. The others included bowling and travelling.