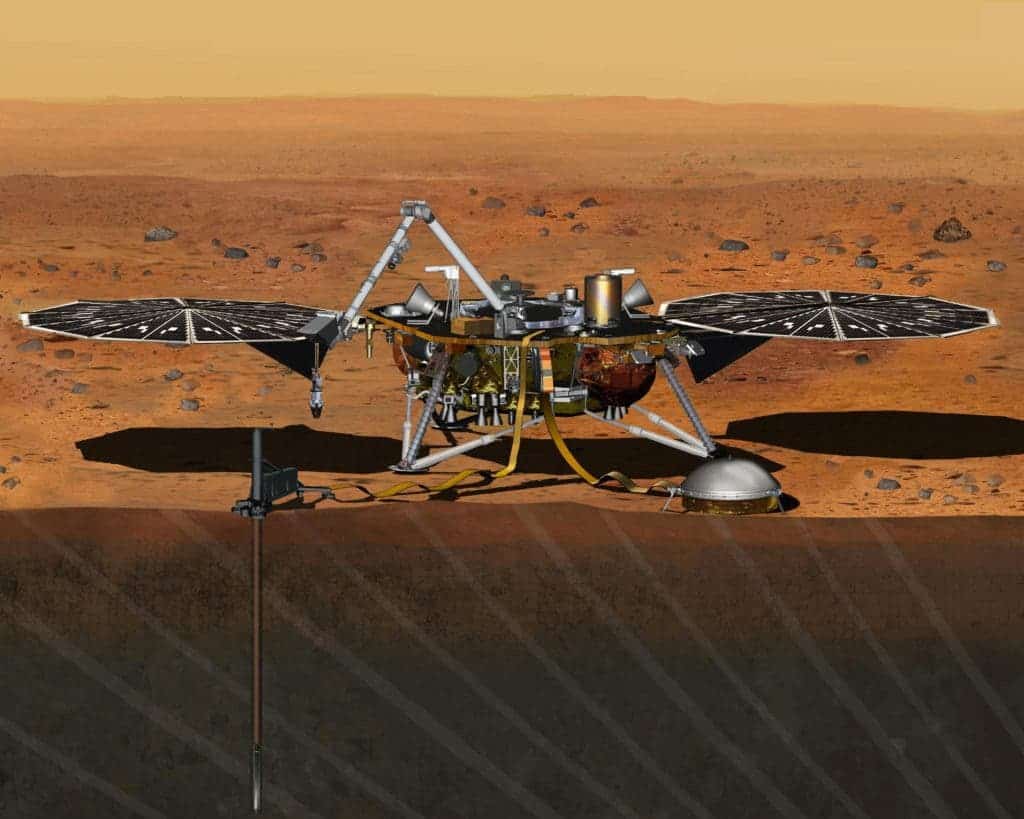 NASA’s InSight lander arrived on Mars in late 2018 tasked with the mission of studying the planet’s geology. Its main instrument is a seismometer which the probe will soon use to listen to marsquakes. However, the probe is also equipped with sophisticated meteorology gear like a highly sensitive air pressure sensor that is already revealing some unexpected surprises.

The Martian surface is very thin — less than one percent of Earth’s surface pressure — but it’s enough to accommodate weather and significant air pressure differences that cause the soil to slightly tilt and rumble. Therefore, InSight’s air pressure sensor data is essential to the probe’s missions since it calibrates the seismometer.

InSight’s mission is unlike that of any spacecraft we’ve ever sent to Mars. All of our past probes have studied the planet’s environment above ground, but InSight is focused on what happens beneath the surface by listening to ‘marsquakes’. By studying these slight seismic waves, scientists want to determine what makes up the planet’s mantle and core. Basically, InSight will study seismic waves as they pass through the Red Planet, using that information as a sort of ultrasound to find out what is lurking underneath the crust.

While the seismometer isn’t operational yet, NASA scientists have been busy studying data from other sensors, including those on temperature and air pressure. Some interesting discoveries include the presence of gravity waves, the displacement of a fluid from its position of equilibrium. These are not to be confused with gravitational waves, which are disturbances in the curvature (fabric) of spacetime, and most commonly during the evenings. And in the last 72 hours, researchers measured infrasound waves with a period of only one-hundredth of a hertz over a period of 100 seconds — that’s several octaves well below the range of human hearing. According to a Forbes report, the infrasounds may be caused by a meteor crashing into the red planet’s atmosphere, a landslide, or airflow over an underlying stable local atmosphere.

The most surprising finding is a strange pattern in the air pressure data, which shows surface pressure dipping slightly twice a day, at around 7 AM and 7 PM local time. Ars Technica reports that NASA has ruled out causes linked to the sensor or heating source. 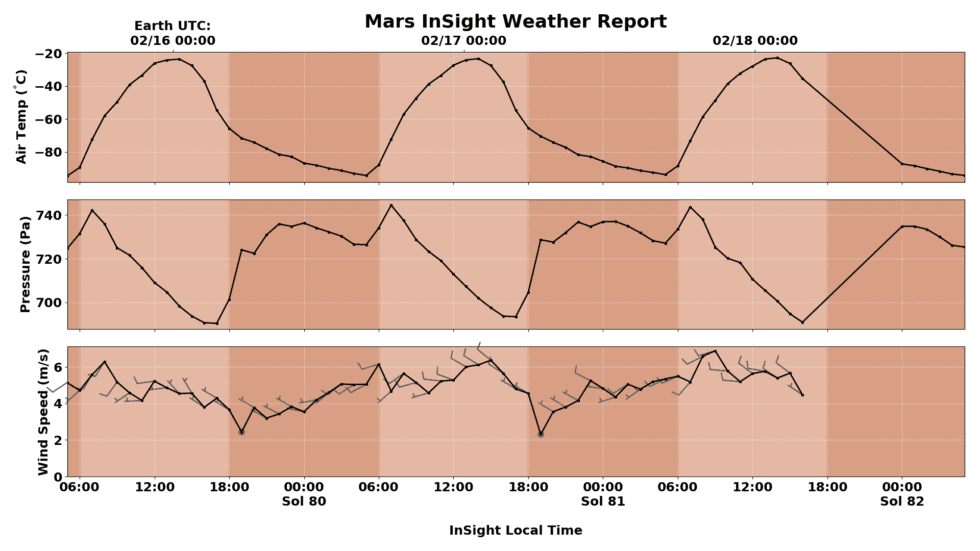 Three-day weather data for Mars at the site of InSight probe. Notice dips at 7 AM and 7 PM in air pressure section. Credit: NASA,

Scientists think that this feature may be due to some atmospheric wave generated by the sunrise and sunset on Mars. Alternatively, downslope air flow passing by irregular topography might lead to brief atmospheric changes.

Perhaps this anomaly may be important in answering some questions regarding the formation of dust devils on Mars. These low-pressure whirlwinds can spin at up to nearly 60 miles an hours and reach colossal heights of 10 kilometers.

A dust storm ultimately sealed the fate of the iconic Opportunity rover, which was officially declared defunct last week. Most importantly, these atmospheric disturbances could threaten human lives when astronauts finally arrive on Mars. Before any boots touch Martian soil, NASA wants to understand what are the minimum winds required to lift dust off the surface in order to forecast dust storms and dust devils.

On a different note, NASA now also has an updated page where you can monitor the weather around InSight’s landing site at Elysium Planitia. This week temperatures varied between -17°C and -10°C (3°F and 15°F) during the day and hovered around -94°C (-140°F) during the night.