It’s now possible to explore Venus, Mercury, Pluto, and several icy moons from the comfort of your own home. 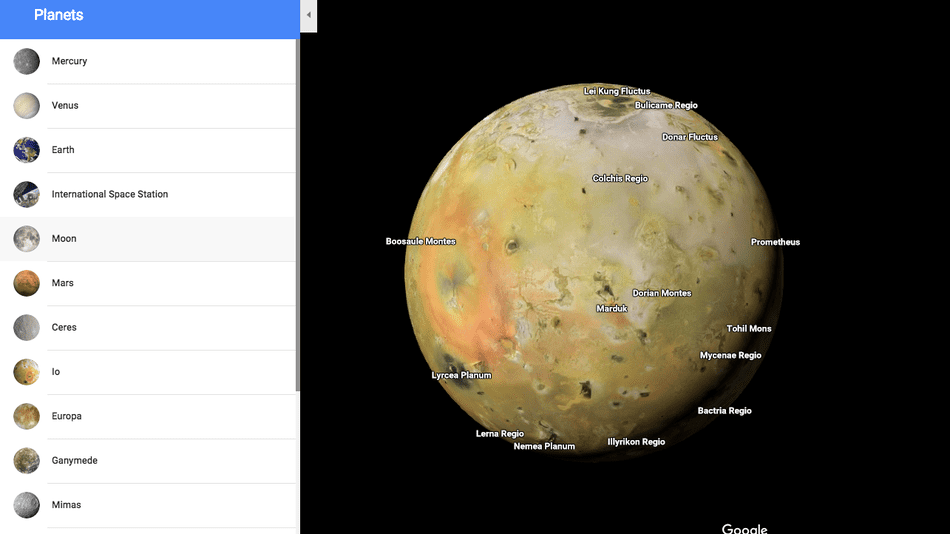 Working with NASA, Google engineers have rolled out a new feature (see here) where you can navigate between various celestial bodies in our solar system, rotating and zooming as you wish. The project drew inspiration from the Cassini spacecraft, which sent us hundreds of thousands of pictures, offering us an unprecedented view of Jupiter, Saturn, and their moons. Google explained:

“Twenty years ago, the spacecraft Cassini launched from Cape Canaveral on a journey to uncover the secrets of Saturn and its many moons. During its mission, Cassini recorded and sent nearly half a million pictures back to Earth, allowing scientists to reconstruct these distant worlds in unprecedented detail. Now you can visit these places—along with many other planets and moons—in Google Maps right from your computer.”

It can be a bit tricky to navigate since Google hasn’t implemented a search feature, but you can just scroll around and explore the areas on your own. The company notes that it worked with astronomical artist Björn Jónsson to bring the images to life. 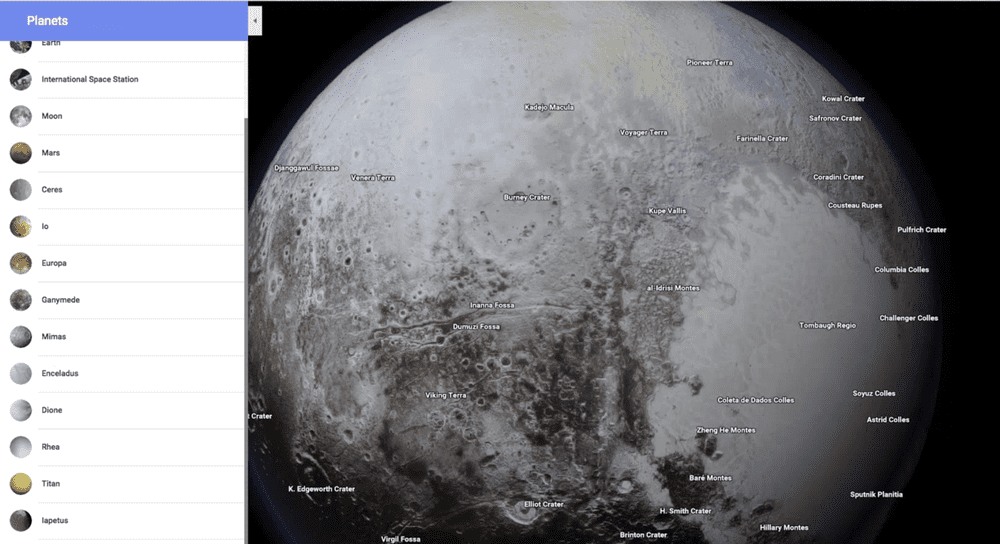 Previously, you could have used Google maps to navigate the Earth, the Moon, Mars, Mercury, as well as the International Space Station. Now, you can also check out Ceres, Io, Europa, Ganymede and Mimas. These are not simply small frozen moons, they are active places rich in features, and some of the likeliest places to host extraterrestrial life (not Io though, that place is crazy).

“Explore the icy plains of Enceladus, where Cassini discovered water beneath the moon’s crust—suggesting signs of life. Peer beneath the thick clouds of Titan to see methane lakes. Inspect the massive crater of Mimas—while it might seem like a sci-fi look-a-like, it is a moon, not a space station”, the Google press release reads.

However, the maps aren’t perfect; a few problems have already been reported with the labeling. Planetary scientist Emily Lakdawalla has already contacted Google in order to fix the problems.

I'm in contact with a Googler about the problem maps, which include Ganymede, Mimas, Enceladus, Dione, Rhea, Iapetus, Europa, and Titan.

Still, minor bugs aside, it’s an excellent resource to use both educationally and for fun. Just think about it, the first plane flew about a century ago, and now we have high-resolution maps of planets and moon in our solar systems, available for everyone to access. If that’s not a huge technological leap, I don’t know what is.