The agile gecko is one of nature’s best climbers — and its secret lies in the adhesive pads that line the feet. Now, researchers have combined the gecko toes’ adhesive properties with air-powered soft robotics to achieve unprecedented gripping sensitivity. 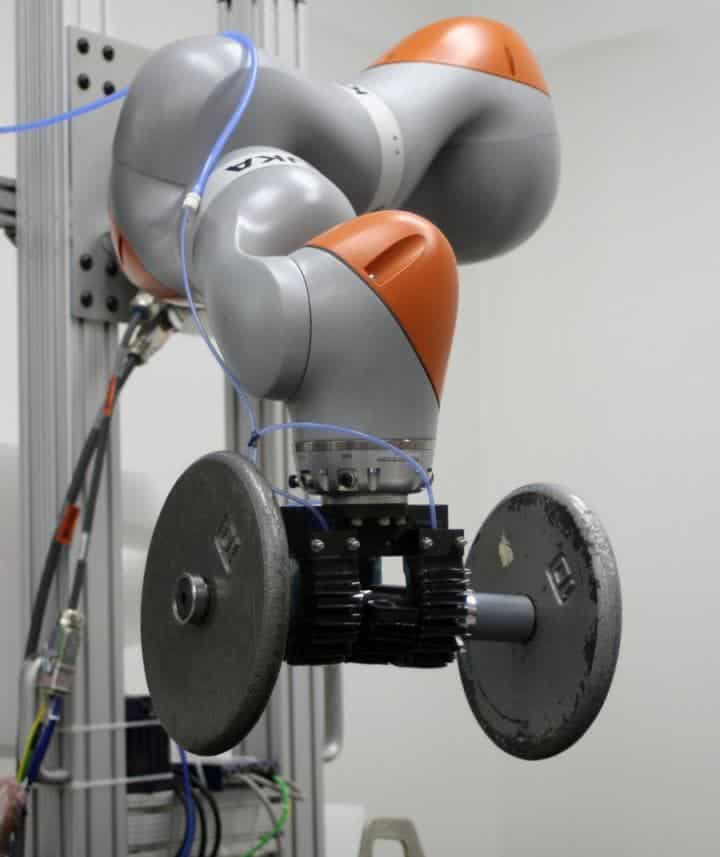 On a gecko’s toe, there are millions of microscopic hairs, each about 20 to 30 times smaller than a human hair. These hairs interact with molecules on the surface that the gecko is trying to grip at the atomic level, generating so-called van der Waals forces, which allow the toes to easily attach and detach when the gecko wills it.

Researchers at the University of California, San Diego, have devised an artificial version of the gecko toes’ microscopic features by employing synthetic materials and a technique called photolithography. In a three-step process, researchers first made a master mold of the millions of microscopic structures that line the gecko’s toes. Later, copies of the master mold were made using a low-cost, scalable method. A process called spin coating allowed the researchers to make as many copies of the adhesives sheets from the wax mold as they wished, at a rate of 10 to 20 sheets per hour. The soft robotic gripper itself was cast in 3D-print molds from a silicone-based rubber.

The team, which collaborated with NASA’s Jet Propulsion Laboratory, coated the 3D-printed fingers of a soft robotic gripper with the artificial gecko adhesive, which remarkably retained many of the same properties of its living, breathing counterpart.

During a series of experiments, the gecko-inspired adhesive allowed an air-powered robotic hand to grip a wide range of objects, from pipes to mugs. The adhesive was also strong and versatile enough to allow the robot to grasp objects at many different angles. The gripper also manipulated volcanic rocks whose porous and rough texture has always been challenging for gecko-like adhesives to cling to. 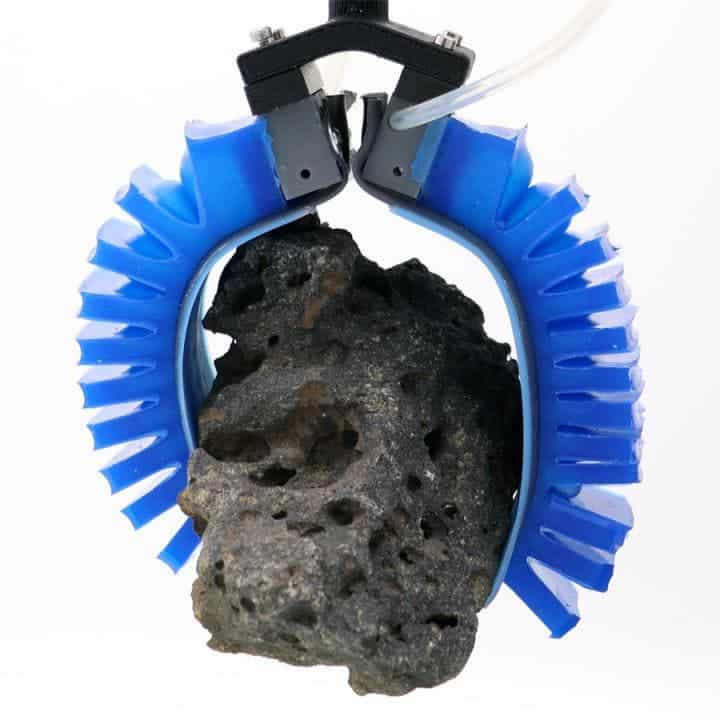 The gripper can also porous objects, like this volcanic rock. Credit: JPL.

Because van der Waals forces are most effective on a larger surface area, the researchers had to develop control algorithms that allow the robot to distribute the right amount of force along the length of the finger. Thanks to optimal control and distribution of load, the gripper can lift various objects, in various positions, weighing up to 45 lbs (20kg).

“We realized that these two components, soft robotics and gecko adhesives, complement each other really well,” said Paul Glick, the paper’s first author and a Ph.D. student in the Bioinspired Robotics and Design Lab at the Jacobs School of Engineering at UC San Diego.

There are various applications that this research could enable. Since NASA was involved, one obvious area of interest is space exploration, where gecko-inspired adhesives might enable janitor-bots to collect trash or new grippers can attach to objects outside the International Space Station better and safer than ever before. Upcoming research will further investigate the adhesive’s potential for operation in zero-gravity.