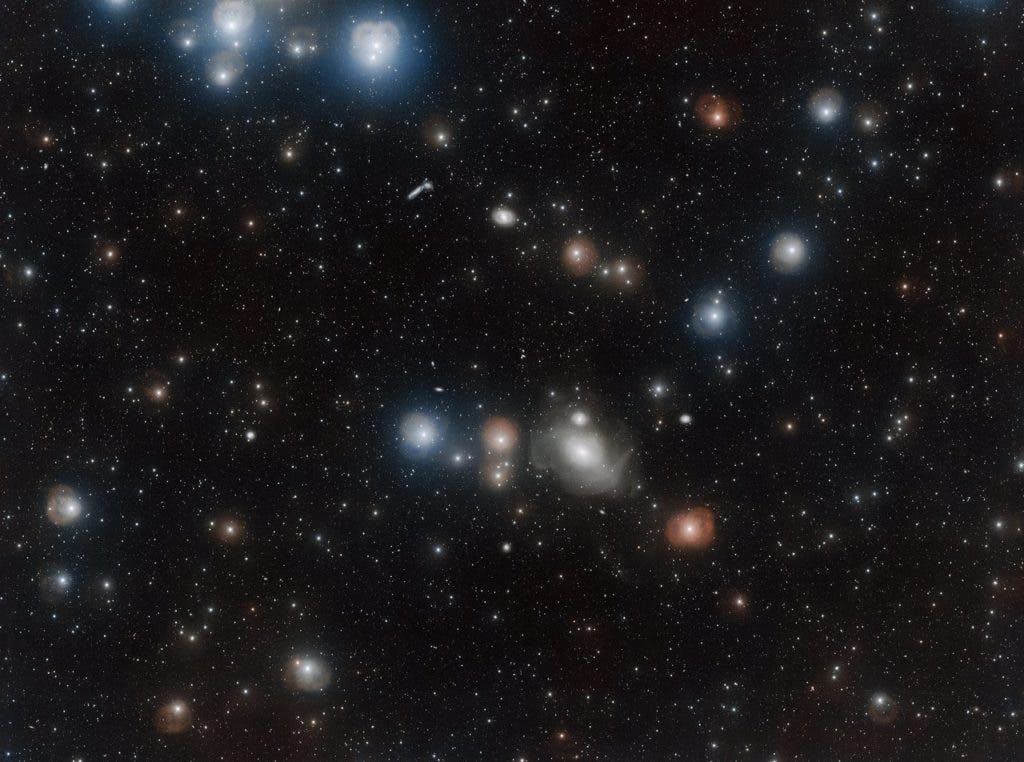 Astronomers working with the VLT Survey Telescope (VST) at ESO’s Paranal Observatory in Chile obtained an unparalleled detailed image of the Fornax Galaxy Cluster.  It is the second richest galaxy cluster within 100 million light-years, after the considerably larger Virgo Cluster, containing thousands of galaxies.

Do you feel small yet?

Some of the galaxies in the 2.3-gigapixel image appear monstrously large, dominating the foreground, while others are less conspicuous appearing as pinpricks. It’s astounding to picture that even these tiny specks house millions and millions of stars, each in turn home to various planets, some possibly habitable.

Inside the cluster, comprising of more than 50 galaxies, we can also find a galactic ‘serial killer’ that has been on astronomers’ most wanted list since the 1970s. The lenticular galaxy NGC 1316 has a rich and dynamic history being formed by the merger of multiple smaller galaxies. Scientists are aware of this turbulent past due to the ripples, loops, and arcs embedded in the galaxy’s starry outer envelope.

One 2014 study found that the unusual dust lanes embedded within the large envelope of stars, as well as an unusually small globular star cluster, suggest NGC 1316 swallowed a dust-rich spiral galaxy about three billion years ago. Subsequent observations revealed NGC 1316 annexed other galaxies and suggest that the disruptive behavior is continuing. 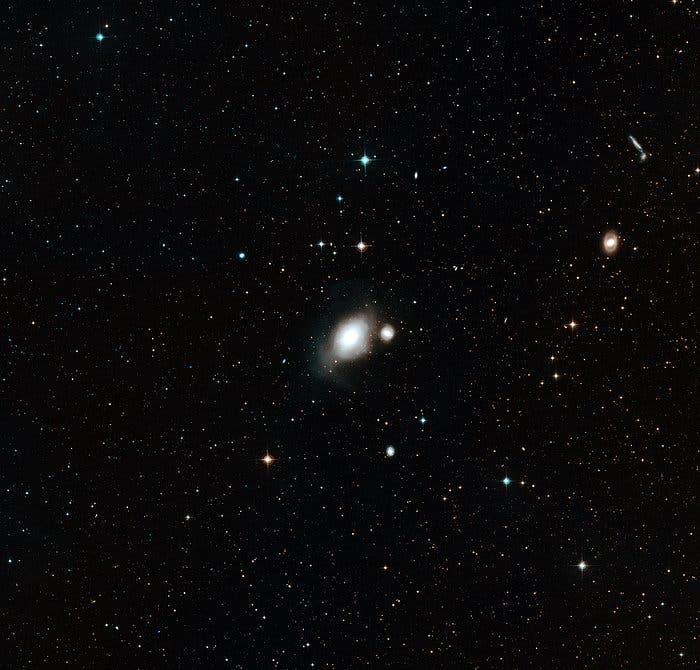 Through a combination of imaging and modeling, ESO scientists were now able to observe the finer details of NGC 1316’s unusual structure. They learned that the galactic gobbling caused a massive influx of gas which fuels a supermassive black hole at the heart of NGC 1316. The exotic object is a staggering 150 million times more massive than the Sun. As matter accretes around the supermassive black hole, powerful jets of high-energy particles are spewed into the cosmos, making NGC 1316 the fourth-brightest radio source in the sky.

Astronomers also found that NGC 1316 is home to four Ia supernovae. This type of supernova — the extremely bright, super-powerful explosion of a dying star — are important astrophysical events that are often used to measure the distance to a host galaxy. In our case, NGC 1316 lies 60 million light-years away from Earth.