Back in 2013, we were telling you about about a small agricultural project on the International Space Station – now, the space veggies are ready to be harvested and enjoyed; for the first time, astronauts will be eating food grown in space. 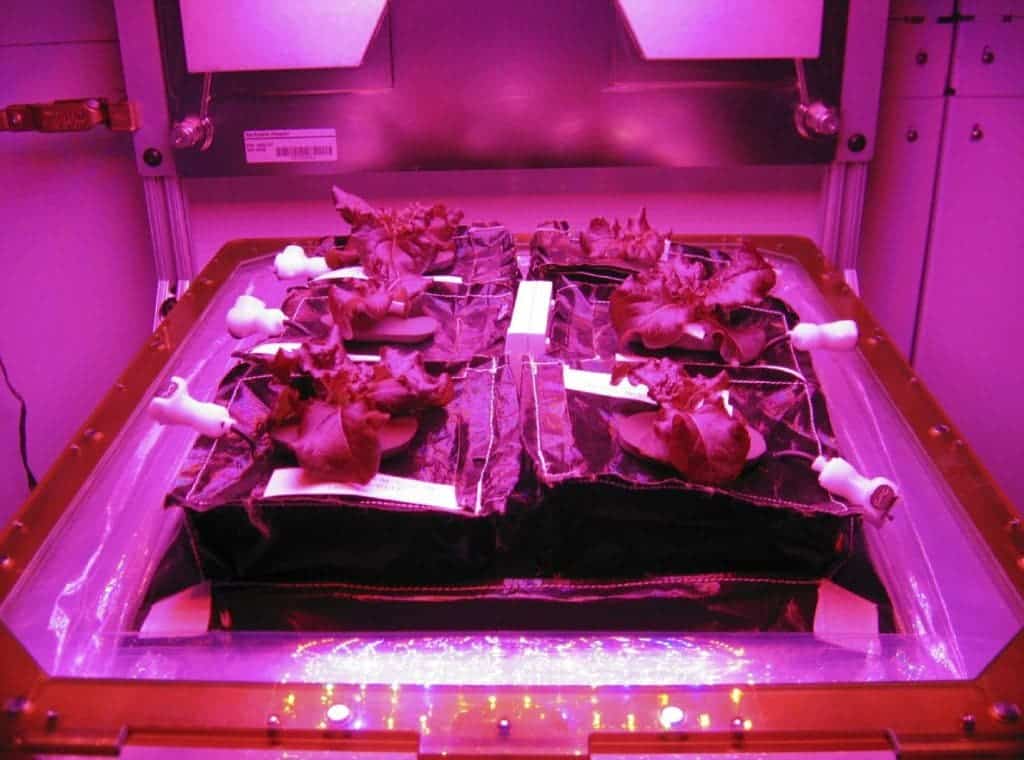 Everything that’s done on the ISS is done for a reason, or several reasons. NASA’s plant experiment, called Veg-01, will not only provide fresh food for astronauts, but it will reveal how space-grown food fares compared to regular food and what impact (physical and psychological) it has on astronauts.

“There is evidence that supports fresh foods, such as tomatoes, blueberries and red lettuce are a good source of antioxidants,” said Ray Wheeler, lead for Advanced Life Support activities in the Exploration Research and Technology Programs Office at Kennedy.

“Having fresh food like these available in space could have a positive impact on people’s moods and also could provide some protection against radiation in space.”

For starters, if the project is successful, then astronauts on the ISS would need less supplies shipped from Earth – they could grow some of their own food, although space is a very valuable resource… in space. But further down the line, this brings new prospects for NASA’s manned Journey to Mars program, scheduled to take place in the 2030s, in which people would spend over a year in space on their way to Mars. We won’t be able to send any supplies from Earth, and grown food would help not only logistically, but also with the mental health of the astronauts – eating familiar food is always nice.

“The farther and longer humans go away from Earth, the greater the need to be able to grow plants for food, atmosphere recycling and psychological benefits. I think that plant systems will become important components of any long-duration exploration scenario,” said NASA payload scientist Gioia Massa.

All in all, if we want to do some long term space travel, we have to grow space food, so it’s pretty surprising that we only just recently started researching this.

“The Veggie experiment is currently the only experiment we are supporting which involves evaluating the effects of plant life on humans in space,” explained Alexandra Whitmire, behavioural health and performance research scientist for NASA’s Human Research Program. “Future spaceflight missions could involve four to six crew members living in a confined space for an extended period of time, with limited communication. We recognise it will be important to provide training that will be effective and equip the crew with adequate countermeasures during their mission.” 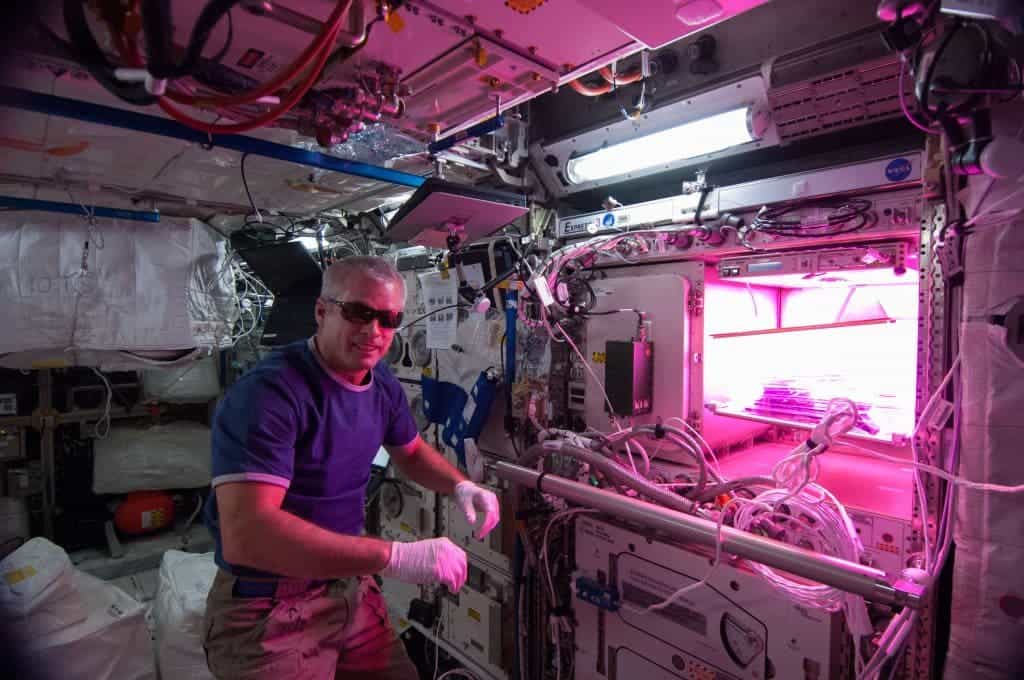 But growing food in outer space is not like doing so down on Earth. Astronauts must grow the plant in rooting “pillows” containing the seeds because there’s no gravity. Also, you need some artificial light – in this case, they use a flat panel that gives off red, blue and green lights using LEDs. All these facilities exist in the Lada greenhouse that has been aboard the ISS since 2002 and has been used to study plant growth in microgravity.

Until now though, none of the plants was eaten, but that’s about to change. Tonight’s menu includes red romaine lettuce; they will eat a part of it, and save the rest for experiments. For now, studies will focus on actually growing the food and studying its nutritious value, but soon, scientists will work on ways to increase crop yield.

“We hope to increase the amount and type of crop in the future, and this will allow us to learn more about growing plants in microgravity. We have upcoming experiments that will look at the impacts of light quality on crop yield, nutrition and flavour, both on Earth and in space.”