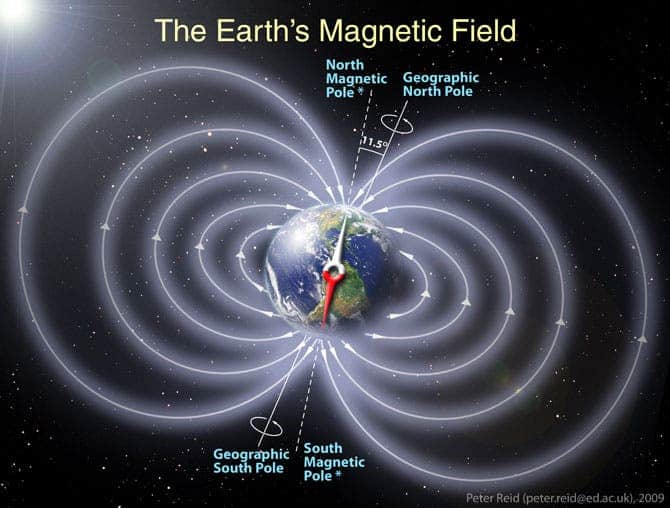 Over the past six months, the Earth’s magnetic field – the bubble that protects our planet from incoming radiation and solar winds – has weakened by a factor of ten than what’s been registered in previous years. According to the European Space Agency (ESA), this discrepancy might indicate that the magnetic field is about to flip.

Magnetic fields surround electric currents, and similarly Earth’s magnetic field is created by circulating electic currents from the planet’s molten metalic core. The Earth’s magnetic field is similar to that of a bar magnet tilted 11 degrees from the spin axis of the Earth.Thus, true north (defined by the direction to the north rotational pole) does not coincide with magnetic north (defined by the direction to the north magnetic pole) and compass directions must be corrected by fixed amounts at given points on the surface of the Earth to yield true directions.

The magnetic field of the Earth is fairly weak on the surface. Actually, because the Earth’s magnetic field is so weak, a compass is nothing but a detector for very slight magnetic fields created by anything. This is why you can use a compass to detect the small magnetic field produced by a wire carrying a current. Also, your compass needs to have a lightweight magnet and a frictionless bearing for the needle to turn, otherwise there simply isn’t enough strength to move it.

Most of the incoming space radiation and solar storms that pounds the planet each moment is reflected by our atmosphere, but the magnetic field or so contributes significantly to this bubble shield that shelters precious life. However, were the magnetic field to disappear entirely tomorrow, it wouldn’t mean the end of the world. Sure, we’d see an increase in surface radiation and rate of cancer development, but definitely not catastrophic. 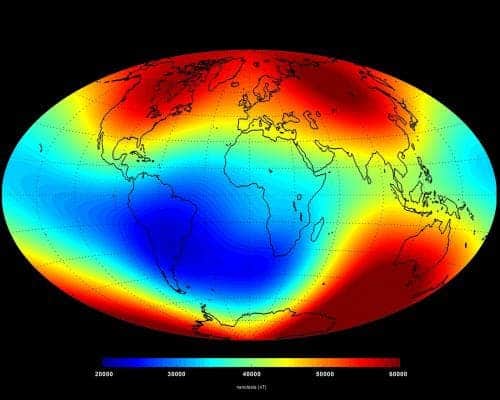 It turns out the planet reverses its polarity every 450,000 years, and the last reversal happened about 780,000 years ago. As such, over the course of its geological history, our planet has went through countless polarity shifts, with little consequences to life. From what we know, there was no extinction ever caused by the magnetic poles flipping.

Each flip is accompanied by a change in the strength of the field – this is something completely normal and natural, being part of the cycle. ESA’s three-satellite Swarm confirms the general trend of the field’s weakening, with the most dramatic declines over the Western Hemisphere, according to measurements. The latest measurements also confirm the movement of magnetic North towards Siberia. What comes as a surprise, though, is the extent of this field weakening.

Scientists used to expect the next flip might come in 2,000 years or so, but in light of these recent findings, the flip might occur much sooner. Compasses would show south instead of north, while grids and communications might become affected. Really, nothing bad would happen apart from a paradigm shift – always painful for most people – yet still better than any mass extinction. 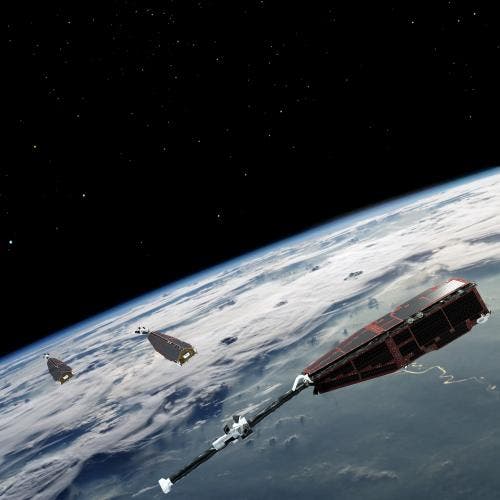 Over the coming months, scientists will analyse the data to unravel the magnetic contributions from other sources, namely the mantle, crust, oceans, ionosphere and magnetosphere.

7 thoughts on “Earth’s magnetic field 10 times weaker than previous year. Is it about to flip?”