This month the PAN-STARSS comet can be seen at its brightest, a truly rare event that can be witnessed in all its splendor in the skies around the world with simple magnifying tools such as binoculars. Some have reported they could see the comet with the naked eye, but if you plan on catching sight of the rather dim comet you’ll still need binoculars or a telescope to battle the twilight glare.

As of writing, PAN-STARSS is best viewed in the Northern hemisphere. Here’s how to catch it if you’re interested: lock in the sun’s position as it sets to the west,  then some 60 to 75 minutes after sundown, seek for the comet about two to three binocular fields to the right, or upper right, of the sunset point on the horizon.

Just so you can get an idea of how gorgeous the sight can be, if you know what you’re doing and good fortune is with you, check out these magnificent photos captured by  Jean-Luc Dauvergne, a journalist at Ciel Et Espace, a French magazine of astronomy. Can you recognize the weird steel structure? It’s the Eiffel Tower in Paris! Now, talk about setting. (thank you Bad Astronomy for the source) 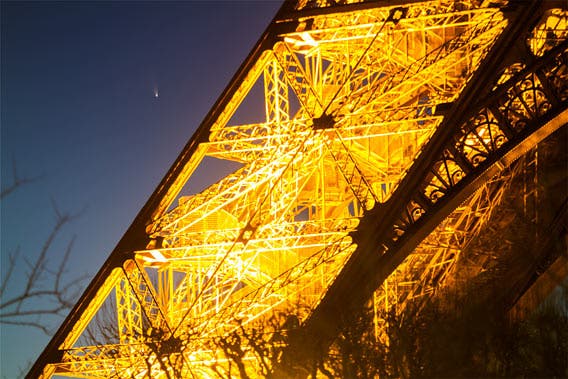 PAN-STARSS blazing through Paris’ night sky in a shot that also caught the city’s iconic Eiffel Tower in the foreground. (C) Jean-Luc Dauvergne 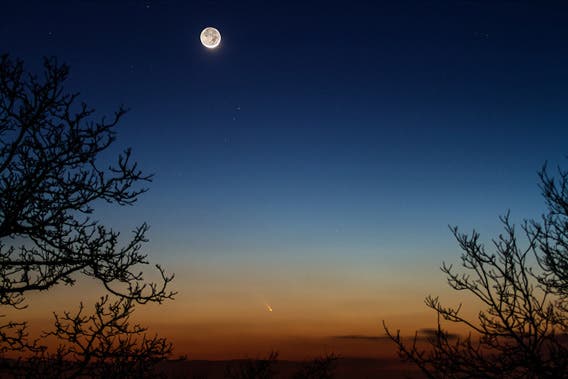 A time exposure photo of the comet by an unusually bright moon caught by the same Jean-Luc Dauvergne.

If these gorgeous shots weren’t enough, Dauvergne also filmed a time-lapse video of the event, embedded right below. Simply stunning!

The comet was discovered in July 2011 by the  Panoramic Survey Telescope & Rapid Response System or Pan-STARRS telescope on Mount Haleakala, in Hawaii. PAN-STARSS is actually a two telescope system or is supposed to be at least, since only one of it is currently online. Since PS1 became operational in 2010 it has helped discover more than 345 near-Earth asteroids. Recent budget cuts however has put the observatory $10 million short of completing the second telescope part of the system, while also threatening the entire complex with a shut down.

There still are good (rich and powerful) people left in the world though, and the Pan-STARRS program has received an anonymous donation of three million dollars.

Günther Hasinger, the director of the UH Institute for Astronomy, said, “Having already invested $80M in this project, it would have been a tragedy to let this program die, especially since we are so close to finishing”.

Here are some more shots of the PAN-STARSS comet from around the world. 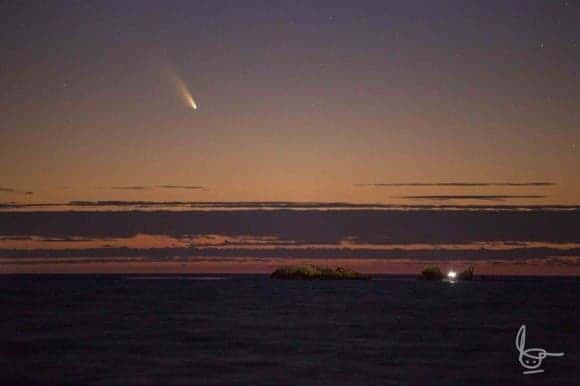 Comet Panstarrs at Burns Beach in northern metropolitan area in Perth, Western Australia. Rocks off the coast with birds and a small fishing boat. One hour after sunset in early March. (C) Michael Goh 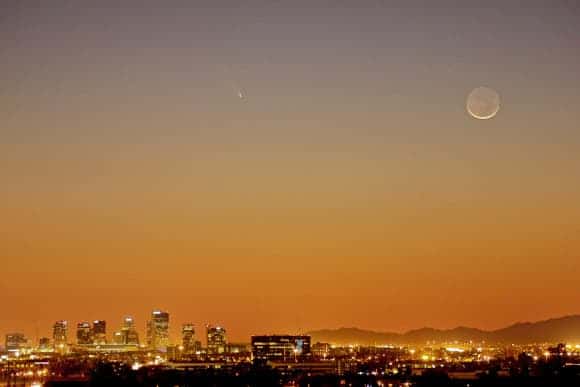