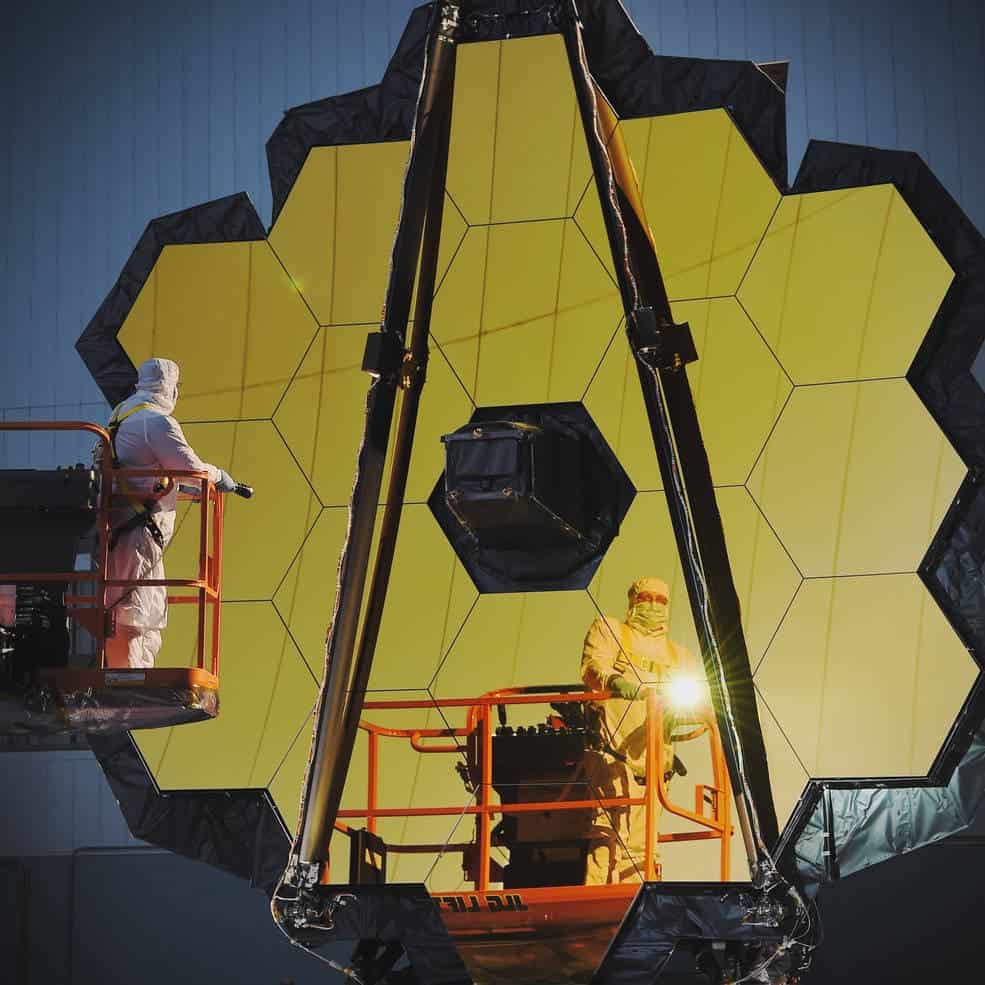 After almost two decades of planning and hard work, NASA announced that the James Webb Space Telescope stands complete. Two years from now, NASA will put the largest space telescope ever built to the test once it’s launched almost a million miles away from Earth, in the Lagrange Point 2.

With a sunshield 22 metres (72 feet) in length, the size of a tennis court, and a mirror 6.5 metres (21 feet) wide the JWST, which is due to launch in October 2018, is over twice the size of the Hubble Space Telescope.

While there are similarities between the JWST and the famous Hubble, the two space telescopes are quite different. While Hubble studied the universe at optical and ultra-violet wavelengths, Webb will primarily explore the cosmos in infrared. The large mirror array comprised of 18 mirrors means that Webb can collect far more light and peer farther back in time than Hubble.

“Today, we’re celebrating the fact that our telescope is finished, and we’re about to prove that it works,” said John Mather, an astrophysicist and senior project scientist for the telescope. “We’ve done two decades of innovation and hard work, and this is the result — we’re opening up a whole new territory of astronomy.”

The telescope which was completed in a huge clean room at NASA’s Goddard Space Flight Center will now brace itself for a barrage of rigorous tests. These include shaking and noise tests that simulate the jittering conditions during a launch in space, but also cryogenic tests to make sure that the telescope’s instruments can perform in the frigid conditions of outer space. 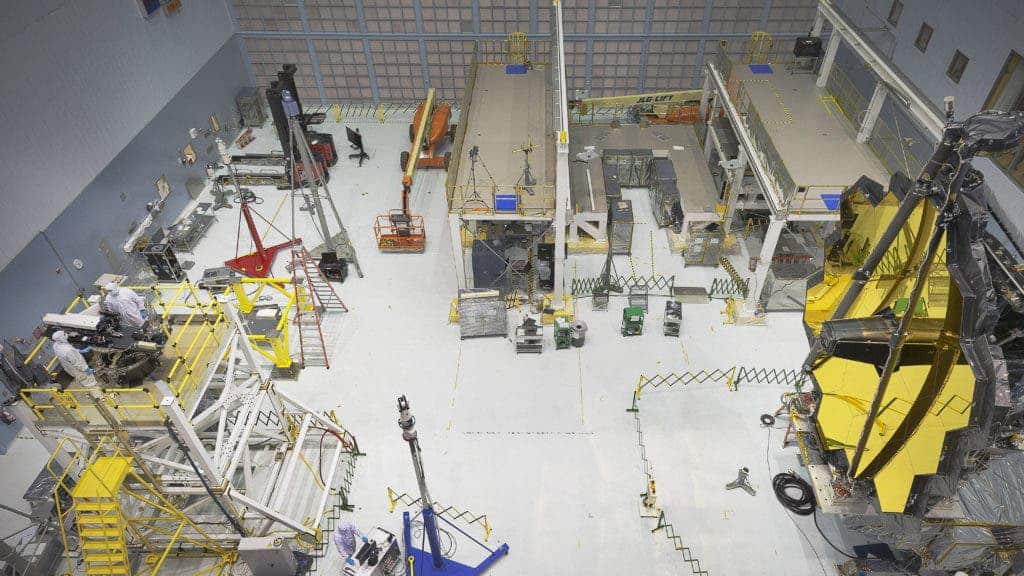 Building the James Webb Space Telescope was a huge challenge, but despite uncertainties like funding cutbacks the NASA scientists prevailed.

“Some of you that have followed JWST know that it almost didn’t happen, and it’s mainly because of the people that are sitting here, able to talk to you today, that we’re all here and within two years of launch,” said NASA Administrator Charles Bolden who hosted the news conference.

They had to build a new assembly and testing facility from scratch, then had to innovate their way to turn the telescope itself into reality. Some of these innovations include a novel composite material that can retain its shape even near absolute zero temperatures and gold-plated beryllium mirrors. 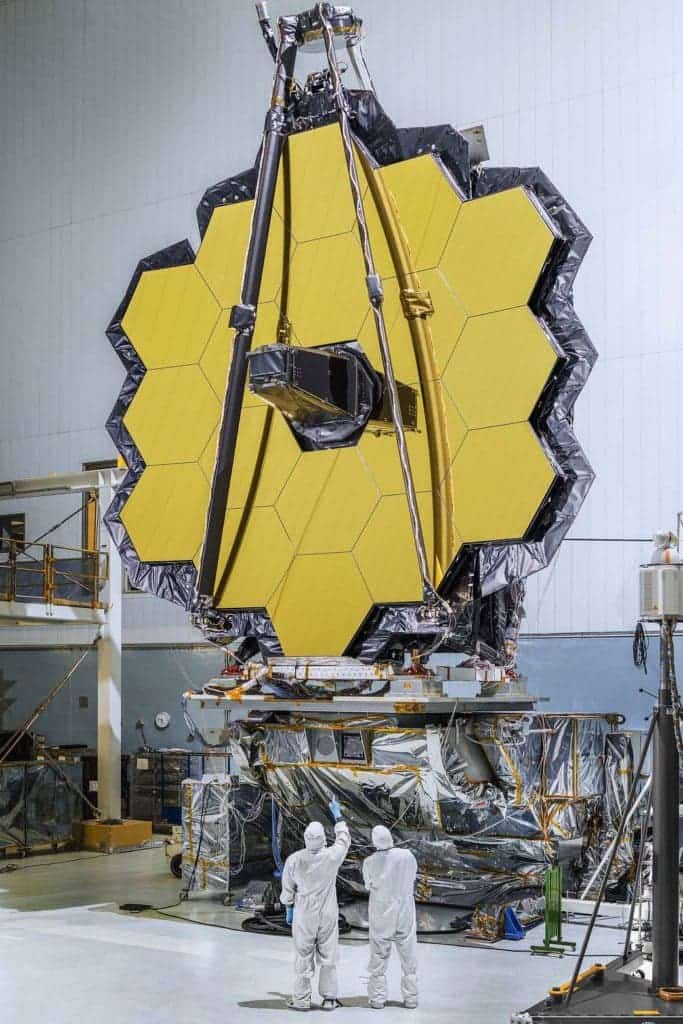 Once operational, the telescope will be tasked with various missions, from studying objects in our own solar system to far away bodies billions of light-years away. One of its first tasks will be to image Alpha Centauri, the closest star to the sun, and look for water vapor in the planets that orbit it.

It’s greatest contributions, however, will have to do with imaging far away galaxies and objects that are currently obscured by gas and dust. Infrared light can penetrate this veil. The telescope will also be sensitive enough to analyze the chemical composition of alien planets’ atmospheres.

Hopefully, nothing will go wrong. That’s why NASA is very serious with its tests, in the first place. But that doesn’t make launching this telescope any less tricky. The James Webb Space Telescope has a 6.5-meters mirror assembly which is too large to launch fully extended. Instead, it will be launched furled and, once in space, it will be commanded to unfold over the course of two weeks. Then, the sun shield will be extended and the telescope will be given time to cool down. Six months later, it will be focused. That’s half a year of suspense for many NASA engineers who have poured their sweat and blood into this.

One thought on “The biggest space telescope in the world, the JWST, is finally complete. It will launch in 2018”