In what can only be described as an emotional moment, the space shuttle Atlantis landed before dawn at Kennedy Space Center’s Runway 15, ending 30 years of space shuttle flights. 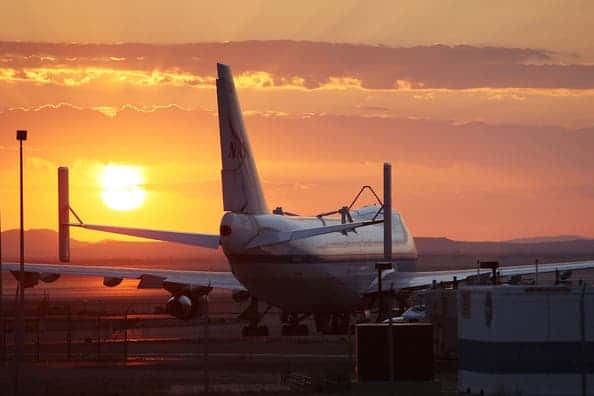 “Atlantis is home,” said NASA control moments after its arrival at 5:56 a.m. ET. “Its journey complete. A moment to be savored.”

Savored it was, but there sour taste of regret was also present.

“We really wish we could share with everybody this really cool glow,” Commander Chris Ferguson radioed as he and his crew entered the Earth’s atmosphere in a plasma of heated air before touching down. “We’re doing fantastic.”

The landing, as perfect as it was, remains bittersweet, as knowingly sorrowful NASA employees greeted the fabulous space shuttle for one last time. Everybody recalled the incredibly thrilling moment when Apollo 11 astronauts Buzz Aldrin and Neil Armstrong stepped onto the moon, inspiring the next generation to launch and perpetuate the space program; now, this era has come to an end.

“It’s definitely the end of the era. The shuttle has been a magnificent flying machine, an engineering marvel, but it has consigned Americans for two generations to low-Earth orbit. I think that’s a negative.”

That is a matter of debate, especially since now, Americans will have to hitch Russian rides for suborbital travel, until the arguably better option of relying on private commercial companies for space flight appears.

“I hope we won’t lose a whole generation. Kids get excited by exploration,” Dick said. “I think NASA, in some ways, is doing the right thing by off-loading the routine work of the space shuttle. The only problem is we’re a long way from getting something that will take us out of low-Earth orbit.”

“The Space Shuttle has been the iconic symbol of NASA for the last 30 years,” NASA spokesman Allard Beutel said. “We’re going to have a different icon. We do aeronautics, climate research, deep space exploration with our telescopes, planetary observations with probes and rovers.”