Our Universe may be riddled with millions of supermassive black holes, a new study reports. The reason why we haven’t yet discovered them is because they are shrouded in thick clouds of dust and gas, and because we weren’t looking with the right telescope. 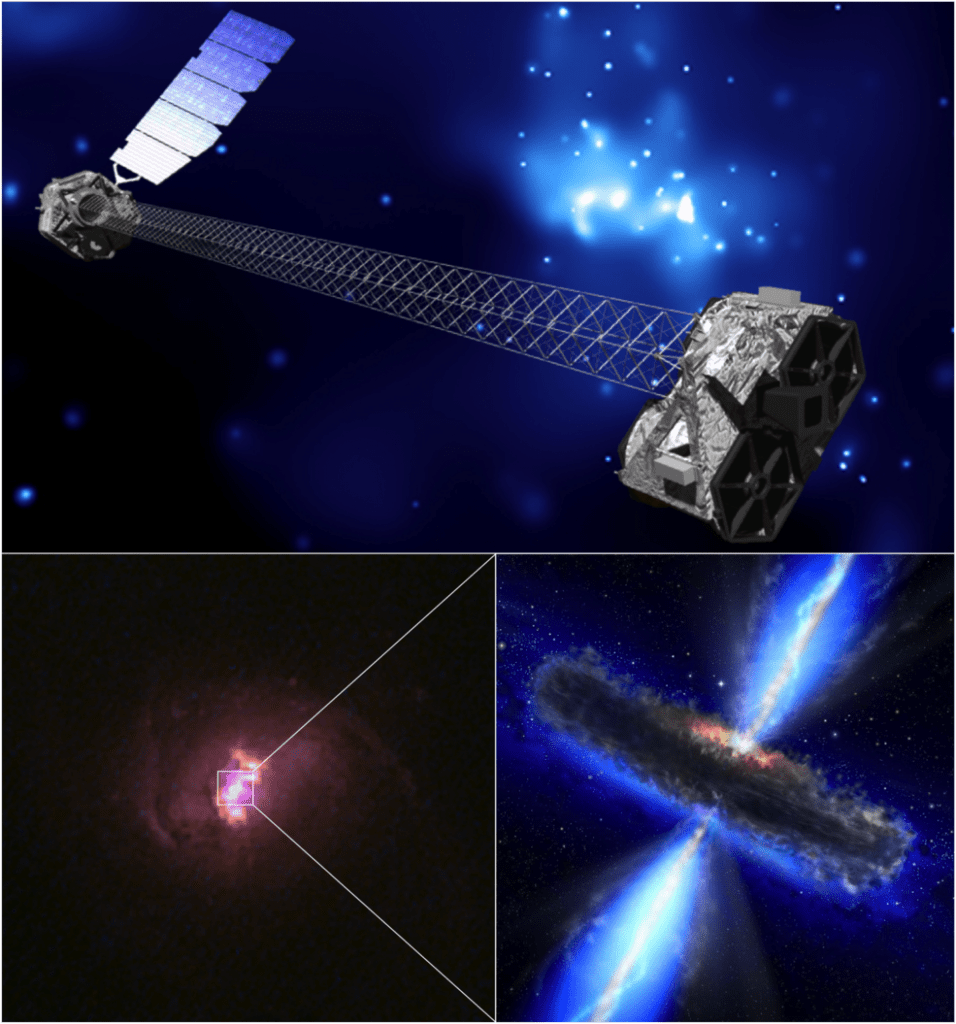 A montage of images showing an artist’s concept of NuSTAR (top); a color image of one of the galaxies targeted by NuSTAR (lower left); and artist’s concept of a hidden black hole.
Credits: Top: NASA/JPL-Caltech. Lower-left: Hubble Legacy Archive, NASA, ESA. Bottom-right: NASA/ESA

Using NASA’s Nuclear Spectroscopic Telescope Array (NuSTAR) satellite observatory, astronomers from Durham University in Britain detected the X-Ray signatures of five supermassive black holes which previously went under the radar. According to measurements, these are actually some of the most massive black holes ever discovered; if such “big bad” black holes can hide under gas, then it seems very likely that many other, smaller ones are doing the same.

“We have been able to clearly see these hidden monsters that were predicted to be there but had been elusive because of their ‘buried’ state,” said lead author George Lansbury, post-graduate student in the centre for extragalactic astronomy. “When we extrapolate our results across the whole universe, then the predicted numbers are huge and in agreement with what we would expect to see”, Lansbury added.

Because black holes are typically detected by observing their X-Ray emissions, the launch of NuSTAR allowed astronomers to make observations which weren’t possible before. The telescope, which launched in 2012 is able to detect much higher-energy X-rays than previous satellite observatories.

“Thanks to NuSTAR, for the first time, we have been able to clearly identify these hidden monsters that are predicted to be there, but have previously been elusive because of their surrounding cocoons of material,” said George Lansbury of Durham University, lead author of the findings accepted for publication in The Astrophysical Journal.

“High-energy X-rays are more penetrating than low-energy X-rays, so we can see deeper into the gas burying the black holes. NuSTAR allows us to see how big the hidden monsters are, and is helping us learn why only some black holes appear obscured.”

So the Universe seems to be hiding many more black holes than previously believed, but additional observations need to be made in order to confirm this. If the results are indeed confirmed, then this leaves us with one question: why? Why are so many black holes scattered across the Universe, and how did they all form? It’s a difficult question – astrophysicists have their work cut out.