A rocky body that’s neither exactly a comet nor an asteroid, may hold some interesting clues about how the planets in the solar system formed, including Earth. The tailless so-called Manx comet, named so after a breed of cats without tails, originates from the Oort cloud — a shell of icy objects that exist in the outermost reaches of the solar system. Although it’s more than a trillion miles away, this Manx comet is likely made of the same stuff that eventually coalesced to form Venus, Mars or even Earth. 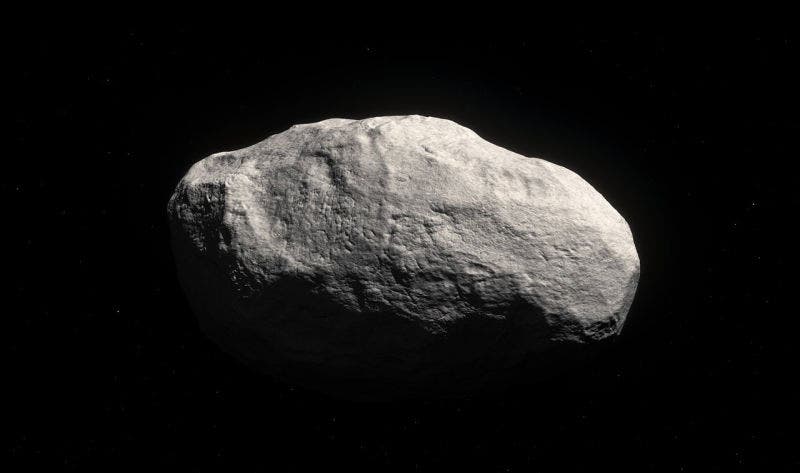 Artist impression of the first rocky object found in the Oort cloud.

The object was first spotted in 2014 by the  Pan-STARRS1 telescope in Hawaii which scans the night’s sky looking for asteroids and even rogue plants in and out of the solar system. Immediately astronomers noticed something special about it. For one, its long period orbit suggested it was an icy comet flung from the Oort cloud, but it was soon clear there was more to it because the object lacked the distinctive tail a comet forms once it comes close to the sun.

Upon closer investigation using the European Southern Observatory’s Very Large Telescope in Chile, the researchers found the comet reflected light like a rock, not like ice. The astronomers classified it as an S-type asteroid, very similar to those found in the asteroid belt between Mars and Jupiter.

The spectrum analysis also revealed the asteroid wasn’t “baked by the sun”, which can only mean it was flung into the Oort cloud a long time ago when the planets in the solar system were only barely formed, some 4.5 billion years ago.

“This one is the first uncooked asteroid we have found: it has been preserved in the best freezer there is,” lead study author Karen Meech of the University of Hawaii said in a statement.

The first of many, astronomers hope because other Manx objects might unravel the planetary formation mechanisms used for our solar system. For instance, one leading solar system formation model predicts a certain icy to rocky bodies ration inside the Oort cloud.

“Depending on how the planets migrated, the number of rocky planetesimals in the Oort cloud will change dramatically,” said Olivier Hainaut—an astronomer at the European Southern Observatory. “Just by counting these objects up and doing statistics, we can say which theories are completely wrong and which ones survive.”