If you think weather forecasts are bad enough as it is, then I’ve got some bad news for you – according to a report by the U.S. Government Accountability Office (GAO), the weather monitoring network is in a lot of trouble. 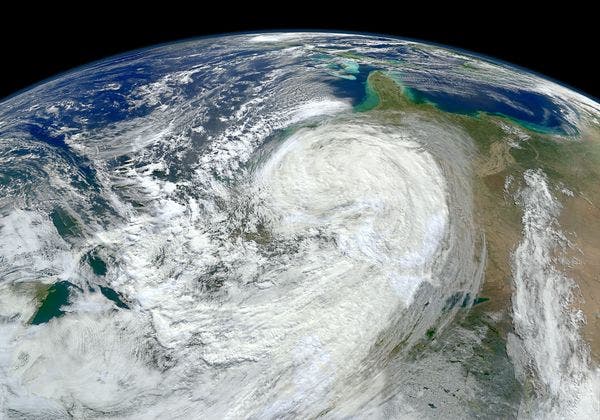 The main concern is that U.S.-owned satellites are aging, and there are serious concerns about their replacements being ready in time. J. Marshall Shepherd, president of the American Meteorological Society and a professor at the University of Georgia in Athens, explained that the replacement system – Joint Polar Satellite System (JPSS) – has suffered from budget cuts, mismanagement, and political wrangling. All this internal struggle will likely lead to a gap in coverage.

According to the report:

“[..]potential gaps in environmental-satellite data beginning as early as 2014 and lasting as long as 53 months have led to concerns that future weather forecasts and warnings—including warnings of extreme events such as hurricanes, storm surges, and floods—will be less accurate and timely.”

It’s still not clear just how big this gap is going to be, but even the most optimistic estimates are not really optimistic.

“But even a 17-month gap, [the shortest estimate for a potential data gap], dramatically affects weather forecast ability, which could lead to challenges to protecting life and property,” Shepherd said.

The main concern is that without this information, big climatic events such as hurricane Sandy will be much harder to predict and model; their evolution and path will be all but impossible to predict, so this is a big deal. Hey, and the problem isn’t that the satellites didn’t last enough – not even close. They lasted (in some cases) way more than anticipated. The problem is that really, the replacements are not done yet.

NOAA is currently working on a plan to bridge any gap, should it occur, in data from their satellites. But as it stands now, the situation is pretty dire.