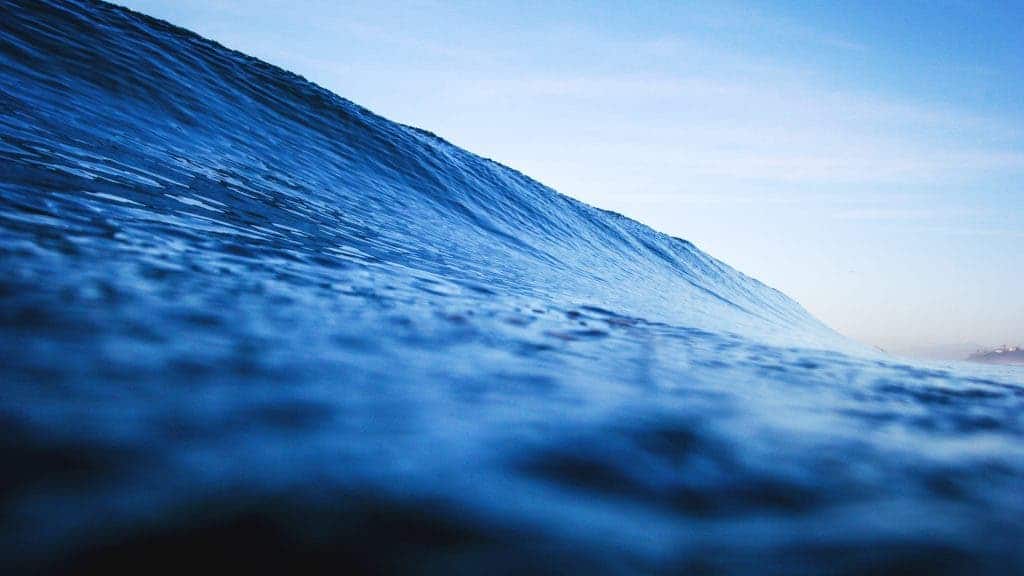 Should you ever have to put out a fire, would you risk dousing it with a chemical formed from two of the most vehemently combustible elements in the periodic table, or just go with plain tap water?

That was a trick question — water is exactly one such substance. Oxygen and hydrogen, by themselves, are some of the most reactive elements we know of and thank goodness for that — because of its huge energy potential, hydrogen is our best bet for future fuels, and oxygen is so despairingly fire-prone that even our cells use it for energy. Air is about 21% oxygen, but increase that concentration by a few percent and even flame-retardant foam will burn like a grease fire. This ability to combine with any fuel has allowed it to power complex organisms for as long as there have been complex organisms.

Yet put the two together and they become a firefighter’s best friend. Which is surprising, to say the least. Like that one colleague who missed the department-wide memo, water goes about its day seemingly innocent of how the laws of physics and chemistry say it should behave. Chemists bundle these unexpected traits under the term “anomalous properties of water,” and today we’re going to go through a few of the peculiar things this liquid does.

First of all, it shouldn’t even be liquid at room temperature 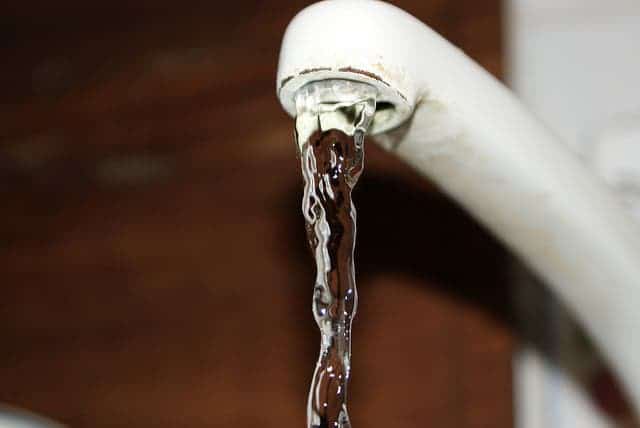 Water is the typical go-to example for what liquids are, yet chemically speaking, it should be a gas. Water has a molar mass of roughly 18 g/mol and is liquid at room temperature, but hydrogen sulfide (with a similar structure) and ammonia (with a similar molar mass,) are gases over the same thermal range even though they are just as heavy, if not heavier, than water. Even air, with a mass of roughly 29 g/mol is heavier than water but is decidedly gaseous.

This happens because water molecules really like hanging with other water molecules. The H-O-H structure of water means that they become highly polarized, the hydrogen atoms forming positive poles and the oxygen atom forming a negative pole. When left to their own devices, water molecules will line up poles of opposing charges and bunch into each other, forming what are known as hydrogen bonds. To get an idea of their effect, however, we have to look at both the molar mass and densities of these substances.

Molar mass basically tells us how much an identical number of molecules of each substance weighs. Density tells us how much a set volume of a substance weighs, so we can get an idea of how many molecules are in a given space. This way, we can see how powerful an effect the hydrogen bond has on keeping water molecules together — while ammonia has a density of 0.73 kg/m³ and hydrogen sulfide has a density of 1.36 kg/m³, water has a whopping density of 1,000 kg/m³. The molecules are just incredibly close packed, reducing free space between them and turning a should-be gas into the liquid we know and love.

The high cohesion of its molecules also gives water a high freezing and melting point, allowing it to form all the oceans and seas we know and love.

It’s less dense as a solid than as a liquid 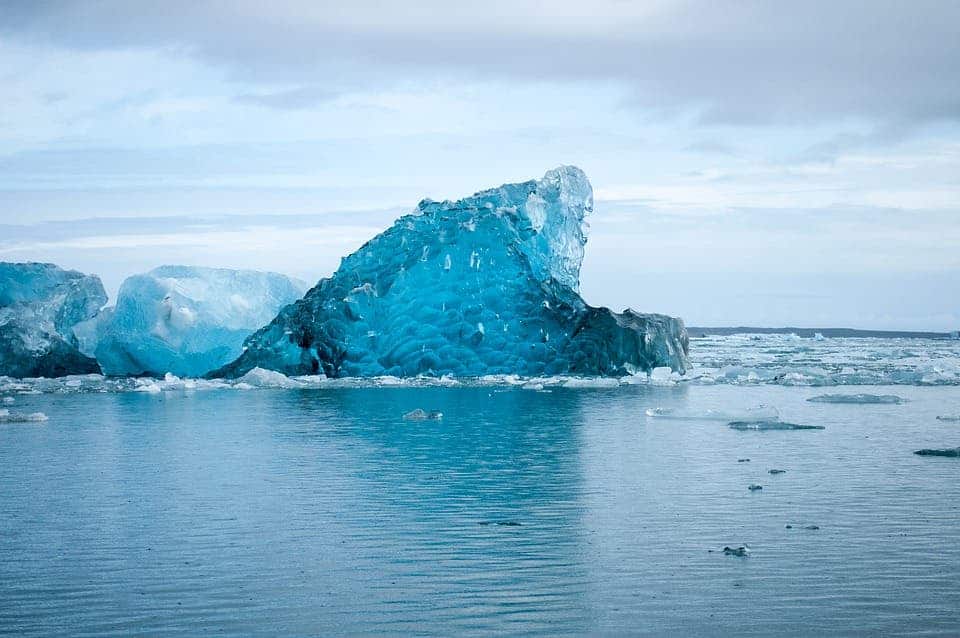 As a substance goes from a gas to a liquid and then a solid its molecules progressively get smushed into each other — that’s why in solids, the same quantity of matter takes less space than in a liquid, which takes up even less space than a gas. But water won’t have any of that. If you’ve ever seen a picture of an iceberg you’ll know that ice, the solid form of water, is less dense than — and thus, floats on — its liquid state.

The same hydrogen molecules come into play here. Water’s freezing point is at 0 degrees Celsius (32 Fahrenheit.) But it reaches its highest density at 4 degrees Celsius (39.2 Fahrenheit,) after which the molecules start drifting apart as it freezes. While in a liquid state each molecule is tied to approximately 3.4 other molecules via hydrogen bonds, when water freezes it crystallizes into a rigid lattice tying each molecule with 4 others. This arrangement is more rigid but less space efficient, forming gaps (free space) that increase its volume and effectively lower the overall density of ice.

This property has ruined many a water pipe during winter but does wonders for life. Think of the ice cover on a lake frozen over. If water behaved according to the rule book and ice was denser than the liquid, lakes would freeze over from the bottom up. This would not only make ice-skating way less enjoyable but would kill off all the animals and plants that lived in it. The way it is now, water at 4 degrees Celsius sinks to the bottom and the coldest water rises up to the surface. So fish can live in a comfortable (for them) environment, and get a free layer of ice that insulates the lake from cold in the same bargain. Seeing as life on Earth most likely evolved in the oceans, we should all be very grateful for this.

It expands dramatically when turned into a gas 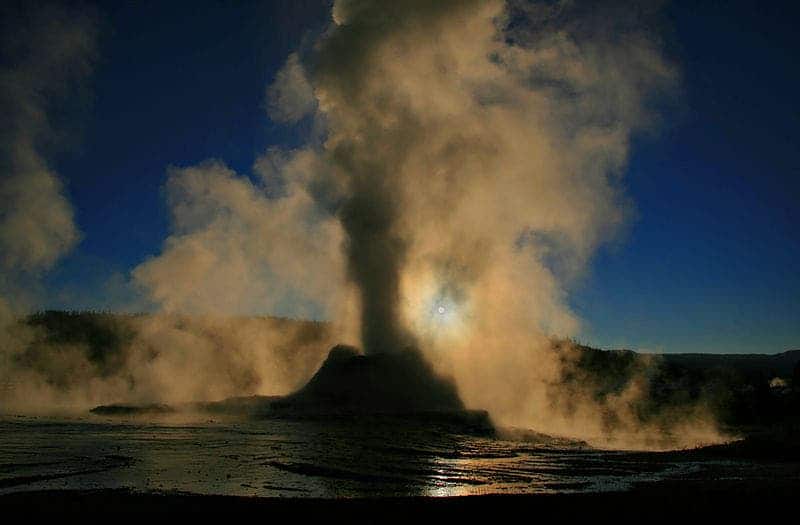 As we’ve seen, water has a low molar weight but forms a surprisingly dense liquid. This also means that it has a very high liquid-to-gas volume change, increasing its volume 1603.6 fold — the highest known, in fact, with the exception of metals and almost double that of typical gases (oxygen increases just 804 fold.)

When water is heated, thermal energy pushes its molecules apart, counteracting the effect of its hydrogen bonds. This is why power plants boil water for their turbines and not alcohol, for example, even if it has a higher boiling point. This very large increase in volume on vaporization allows fine water mists to be used in fighting fires by displacing the oxygen with water vapor.

Water is nothing if not spectacular. There’s much more to be said about it, how it covers much of the planet, shapes continents, underlies all life on Earth and keeps the planet from getting too hot, among other things — this article barely touches the tip of the iceberg, so to speak. But for me, the fact that even a substance as commonplace and innocuous as water has so much going on under the surface, that we’d never expect just by looking at it, is nothing short of amazing.