Most people are aware of cheeses such as Camembert, Gouda, or Feta, but there are hundreds if not thousands of cheese variations out there. It’s virtually impossible to get to know all of them, so here, we’ll have a look at the most common and popular types of cheese. 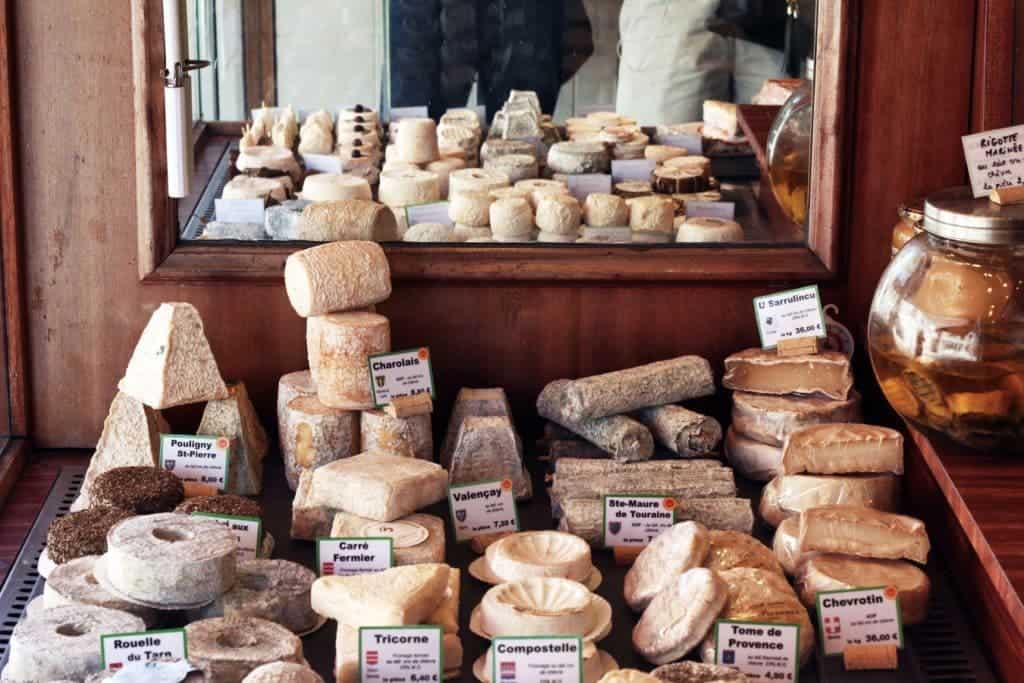 Cheese is one of the world’s most popular foods and has been consumed for thousands of years in all cultures around the world. Cheese is produced in a wide range of flavors, textures, and forms, depending both on the characteristics of the milk and the manufacturing process.

Since cheese can be made in so many different ways and with so many different ingredients (which sometimes include mold or herbs), cheeses come in a broad variety. The International Dairy Federation recognizes about 500 different varieties, though there are certainly many more out there that have not received official recognition.

There are also multiple classifications (based on fat content, type of milk, pasteurized/unpasteurized), and there’s no one way to go about it. Here, we’ll only be looking at some of the world’s most popular types of cheese, without following any major classification. So while this is certainly not an exhaustive list, it’s definitely enough to satisfy your cheesy curiosity. 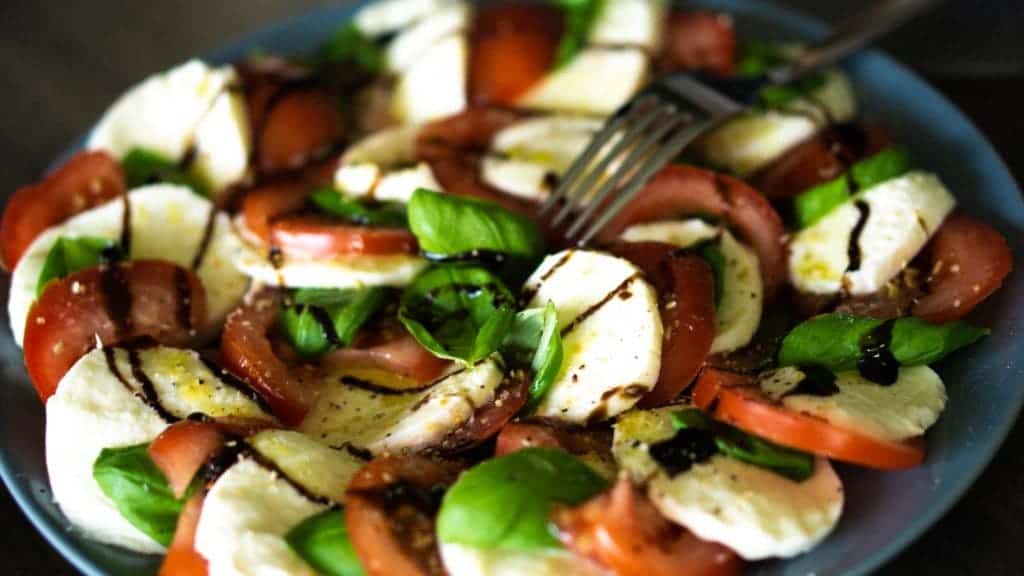 It’s hard to choose one cheese to start the list with, but mozzarella is definitely a worthy contender. Traditionally made from Italian buffalo’s milk, this white, soft, and rather bland cheese is usually sold in soft balls. However, most of the Mozzarella cheeses available today are made from cow’s milk.

Mozzarella is one of the softest and most neutral cheeses you can find. It’s a very popular choice in pizza, as well as in some kinds of pasta and in the famous Caprese salad, with sliced tomatoes and basil. 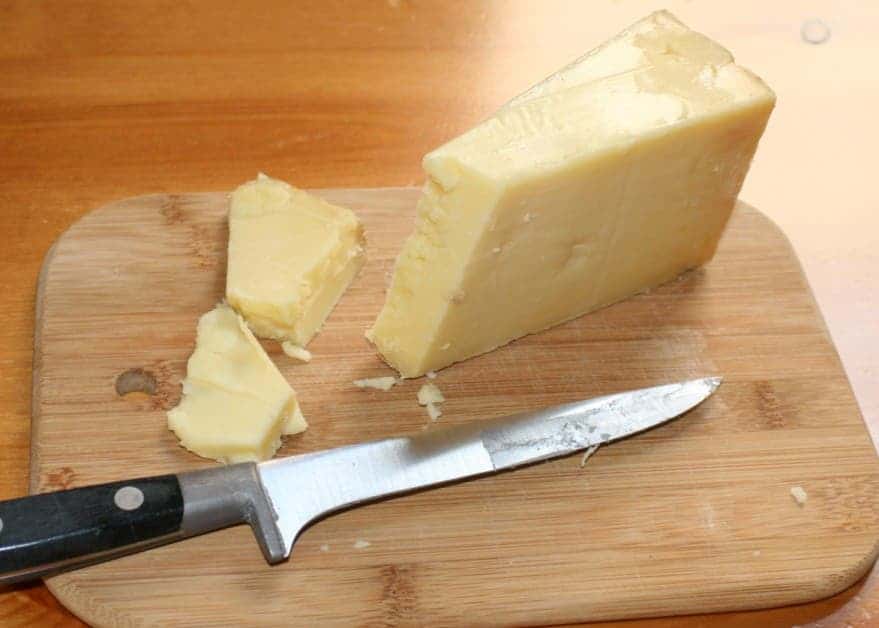 The classic cheddar — one of the most popular types of cheese in the world. Image credits: Wikipedia.

Cheddar tends to have a sharp, pungent, and slightly earthy flavor. The “sharpness” of cheddar is associated with the levels of bitter peptides in the cheese. Cheddar can be a deep to pale yellow (off-white) color, or a yellow-orange color when certain plant extracts are added. It’s commonly sold in variations ranging from “mild” to “mature”, which are also indicative of its strength of flavor. 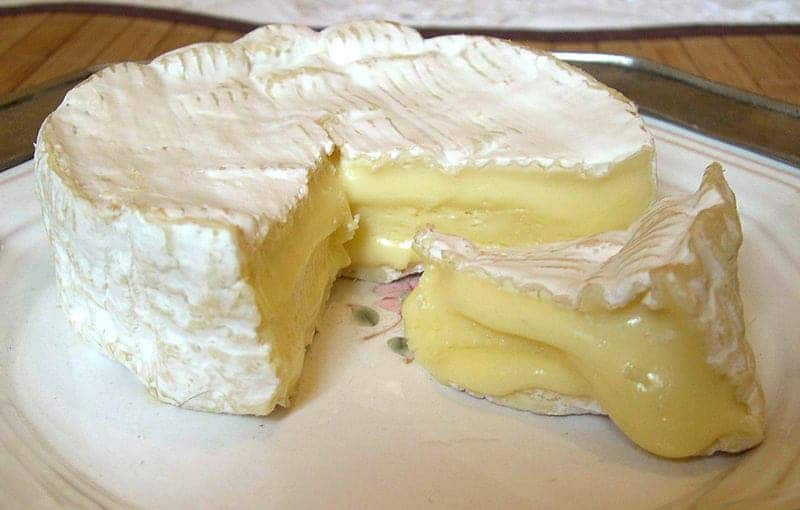 You can smell this image. Image credits: NJGJ.

It’s almost a crime that we took so long to get to French cheese — but we’ll be making up for it now. Le fromage Camembert is a moist, soft, creamy, surface-ripened cow’s milk cheese. It’s been around for over 200 years, being first created in the late 18th century at Camembert, Normandy, in northern France.

Camembert is a moldy cheese, using special “noble” molds called Penicillium camemberti. The cheese is left to mature for a legally required minimum of three weeks. This creates the distinctive soft, creamy texture of the cheese, as well as the specific Camembert flavor.

Some producers believe that unpasteurized milk produces tastier, better cheese. This is more myth than scientific truth, but some producers swear by it nevertheless. In general, there is not much reason for health concerns (aside from the case of an ongoing outbreak), although recent surveys have shown that, unsurprisingly, unpasteurized cheese carries more bacteria than pasteurized products.

Brie shares many similarities with Camembert, except this type of cheese originates from the Île de France. Brie is also soft cow’s-milk cheese, but it is traditionally made in larger wheels and thus ripens more slowly than the smaller camembert cheeses.

Brie is a rich cheese, although with a subtler flavor than the Camembert. The rind can also be eaten.

Emmental is a very old type of cheese produced in Switzerland. The first time the cheese was officially made dates from 1292, although Emmental-types cheeses have been around for much longer.

It’s a yellow, medium-hard cheese, famous for its holes. Fun fact: until recently the holes were a sign of imperfection, and producers would try to avoid them. More recently, they’ve become a part of the brand of the cheese and are appreciated. Emmental cheese is used in a variety of dishes, particularly in gratins, and fondue.

This famous Dutch cheese is named after a city in the Netherlands, though nowadays, the name extends to a number of cheeses made in a similar fashion. Gouda is without a doubt one of the world’s most popular cheeses, with a mild taste pleasurable for most people.

The cultured milk is curdled, some of the whey is drained, and water is added to create a sweeter cheese, removing some of the lactose. The cheese is then soaked in brine to add a distinctive, slightly salty taste. The cheese is then dried and coated to prevent it from completely drying out. Gouda is often, though not always, aged. Gouda is a relatively bland cheese suitable for a number of dishes: it works with both red and white wine, is great in sandwiches, and can also be cooked.

Parmesan (or by its full name, Parmigiano-Reggiano) is a solid contender for the world’s best cheese. The cheese-making process is strict: parmesan is made from unpasteurized cow’s milk and pumped into copper-lined vats. The vats are heated evenly and contribute copper ions to the mix. The starting whey is also added, along with the calf rennet, and left to curdle for about 10 minutes. The temperature is raised again, allowing the curdle to settle. The cheese must be aged and monitored for 12 months, and is traditionally only made with milk from cows who have been exclusively fed on grass or hay. The only additive is salt.

Parmesan is a quintessential addition to some traditional Italian dishes such as lasagna or some pastas. It also works well with chicken and vegetables, and it is best served with a good wine — both red or white.

Parmesan is a classic example of non-vegetarian cheese. Although most vegetarians would feel safe eating cheese, most cheeses are actually made using rennet — an enzyme found in the lining of a goat or calf’s stomach, which makes the cheese technically not vegetarian.

Nowadays, there are alternatives and some cheeses use bacterial rennet, but if you want to be sure, you’d best check the cheese label or ask the producer.

There are multiple types of blue cheese, but they all have one thing in common: cultures of the mold Penicillium. The cultures are added to change the product’s taste and aroma and make it so that the final product is spotted or veined throughout with blue mold.

Blue cheese can be eaten on its own or spread on bread, as well as melted into a number of foods. Due to its very distinctive style, it’s kind of a hit or miss — you either love it or you hate it, and there’s not much in between.

The brined white cheeses are particularly popular in the Balkan area in Europe. There is the Bulgarian sirene, the Romanian telemea, and the Greek Feta. These cheeses are matured in brine within an airtight or slightly permeable contained. This process gives the cheese very good stability, meaning that it remain edible for long periods of time, even in warmer climates (which, in centuries, past, was extremely important).

Halloumi is also brined cheese made from a mixture of goat’s and sheep’s milk (and sometimes also cow’s milk), but it is much harder. Its melting point is higher, meaning it can survive grilling or frying without melting.

Fresh cheeses don’t have a rind (much like the white brined cheeses above). The milk is “ripened” with starter cultures that convert the lactose into lactic acid, making the milk thicker and denser. Halloumi, Paneer, and Feta are sometimes considered fresh cheeses as well.

Cheese is an excellent source of protein and calcium but is often high in saturated fat and salt. Eating too much cheese is a big no-no, as it can severely affect your cholesterol and raise your risk of cardiovascular disease.

If you have concerns about these issues, try reducing your cheese intake (not necessarily eliminating it altogether) and experimenting with low-fat types of cheese.

Goat cheese, as the name implies, is made from goat milk. Contrary to popular belief, it has a very similar fat content to cow or sheep cheese — it is just as healthy (or unhealthy) as other types of cheese.

However, goat cheese also contains fatty acids such as caproic, caprylic and capric acid (all named for the word Goat in Latin, which is Capra). These acids give goat milk a distinctive tarty flavor cherished by many people around the world.

Colby is a relatively new type of cheese, developed in 1885 in Colby, Wisconsin. The village of Colby was only three years old when the cheese was named after it, but ironically, Colby cheese has become widely available but it is no longer produced in Colby.

Colby cheese is largely similar to cheddar cheese, but it is softer, moister, and milder. Like other cheeses, it requires large quantities of milk: it takes more than one U.S. gallon of milk to produce a single pound of cheese (over eight liters of milk per kilogram of cheese). It is rarely used for cooking.

Now we’re really getting into the American cheeses. Monterey Jack (often shortened to Jack) is an American white cheese, noted for its mild flavor and sweetness.

Monterey Jack cheese was first made by 18th-century Franciscan friars in Monterey, Alta California. It was made popular by businessman David Jacks, and the cheese became known as Monterey Jack. It is often marbled with Colby to produce Colby-Jack, or with yellow cheddar to produce Cheddar-Jack.

Processed cheeses are usually made with emulsifiers, but may also contain vegetable oils, salt, food coloring, or sugar. There are many flavors, colors, and textures of processed cheese that exist. That cheese spread or sliced cheese you eat are probably processed cheeses.

So, there you have it — just some of the most popular types of cheese. Remember to consume in moderation!